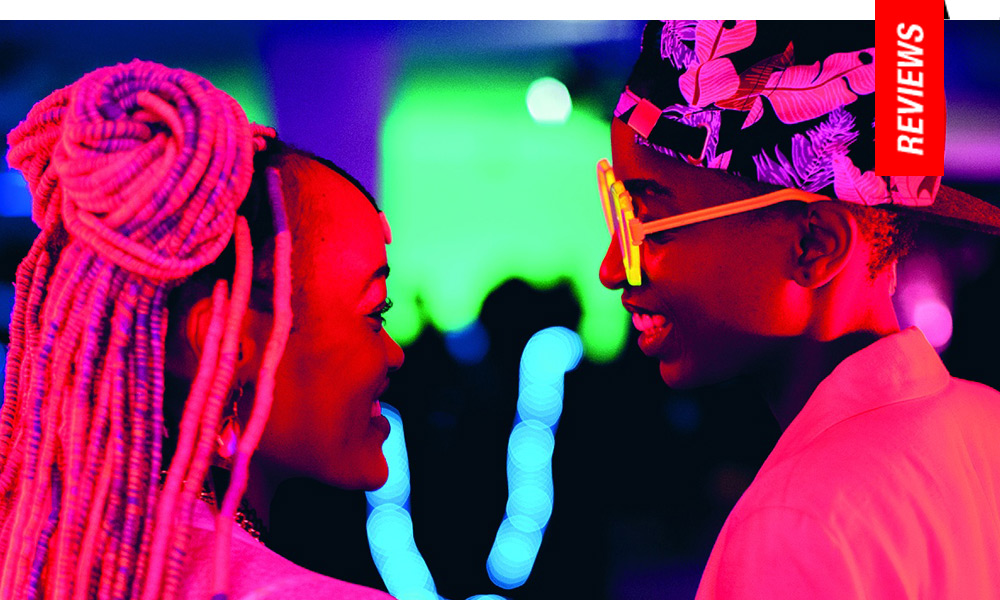 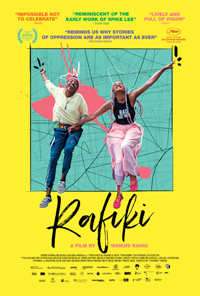 Social conventions always require such power and resistance that brave individuals must engage in a continuous fight to question and eventually change people’s mindset. Sometimes, so-called national values glue all fragments of society together in such an unbreakable way that every disturbance in the system can easily escalate to a point when some severe events occur. Wanuri Kahiu shakes the establishment in her conservative home country as well as succeeds in shining the spotlight on Kenyan cinema. With her gripping second feature Rafiki, Kahiu sets out to give a colourful and vivid glimpse into the Kenyan reality through a tale of love interwoven with politics and religion, aiming to normalise homosexual love against all the odds.

To this day, the members of the LGBTQ community in Kenya face discrimination and even penalty for their actions; for same-sex sexual intercourse, individuals can be sentenced to five to fourteen years in prison. By capturing the slow development of a relationship between two young women, these conservative Kenyan values and their impact on various aspects of life are scrutinized. Kena and Ziki fall in love, yet their emotions cause trouble not only for their families, including their politically ambitious fathers running for office in the same district, but also for themselves. Their unconventional path provides them with an opportunity to embark on a more tolerant and open-minded journey paved with love, acceptance and trust. Meanwhile, their community is hesitating to do so.

The establishing scene spiced up with the opening credits sets a delightful atmosphere characterized by youthful energy and customs: images from an urban, middle-class Nairobi neighbourhood and the credits presented next to local artists’ illustrations take turns. Thus, the film sets a framework in which traditional values deeply rooted in Kenyan society and more progressive approaches to life fight each other. Boldly exploring lesbian love and sensitively describing the daily life of the LGBTQ community, however, resulted in the feature’s temporary ban in Kenya.

Due to this ban, Rafiki became part of the public discourse in Kenya, with the discussion then reaching the highest level of the industry on the occasion of the film’s international premiere in Cannes. The taboos around homosexuality in any conservative society are starting to crack thanks to the intimate and public moments of a budding lesbian romance shown in films like this. The linear structure of a rather recognizable story carries its uniqueness in the portrayal of the ordinariness of love, despite the genders involved. The coming-of-age genre adds universality to the story, illustrating the experience of many inside and outside Kenya.

The palette of colors, ranging from yellow through pink to brown, plays a visual game with the brain as if it refers to the old and the new, the traditions and the progress. The warm red and radiant neon pigments specify and stress the differences between generations and views. Music and sound, both diegetic and non-diegetic, unnoticeably yet unmistakably complement the mundane, disturbing, euphoric, and sometimes almost celestial images. The artistic contribution of the cinematographer Christopher Wessels as well as the editors Isabelle Dedieu and Ronelle Loots enable Kahiu to create a particular style that international audiences might find familiar.

With a rhythmically balanced tone constructed of humorous, acute and thought-provoking elements, Rafiki is a substantial introduction to the evolving Kenyan cinema. Kahiu captures the essence of what it means to be a (lesbian) woman in modern Kenya and questions the long-standing conservatism that prevents the birth of a more tolerant society. Depicting a lesbian story, reflecting on homosexuality in a Kenyan context with ease and replacing the extraordinary with the ordinary showcases exactly the kind of bravery the world needs right now.