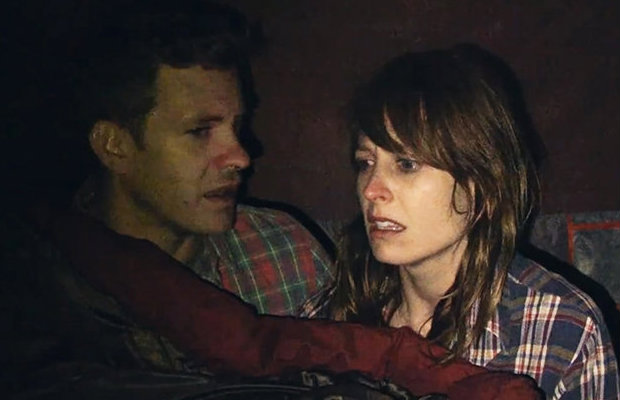 The Fault in Their Yeti: Goldthwait’s Found Footage Cheapie a Generic Endeavor 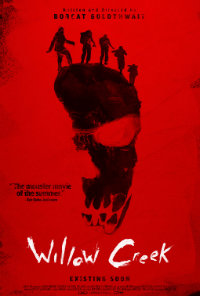 Following his bitterly angry vituperation of American culture in 2013’s God Bless America, a problematic yet passionately realized film (and, sometimes, quite funny), Bobcat Goldthwait tackles the found footage subgenre with Willow Creek. Going for a sasquatch version of The Blair Witch Project, featuring a romantically involved couple engaging in a video project revolving around an area where the big ape-like creature has been often sited, it’s certainly a more entertaining film on the subject than, say, those Boggy Creek films. As far as found footage goes, Goldthwaite seems to have made this fast, loose, and strictly by the numbers. Certain chilling moments during a protracted night time sequence in a tent are indeed calibrated to give the film’s core audience exactly what it’s looking for. But it’s simply not enough to make the film anything more than a minor fling from the director before he finally gets underway with Schoolboys in Disgrace.

In Six Rivers National Forest in Northern California, Jim (Bryce Johnson) and Kelly (Alexie Gilmore), are attempting to find the site known as Willow Creek, where famed footage from 1967, known as the Patterson-Gimlin film, which apparently captured low resolution image of the creature known as Bigfoot, took place. Kelly’s in charge of filming, and doesn’t seem too enthusiastic about the adventure, along for the ride because this is Jim’s passion project.

An All-American combo of jock/nerd, Jim’s more than happy to sap up all of Kelly’s help but seems adverse to her quiet vocalizations of furthering her theatrical career by moving to Los Angeles and trying her hand at film work. As they interview locals, a range of extreme believers to considerable skeptics, they learn of a secret trail that’s been being constructed, for reasons unknown, to the site. As they drive closer, an uncomfortable interaction with a burly redneck sends the duo trekking down an alternative path. And then, they begin to hear some weird things…

Of course, you can imagine how this will all end up, the main reason to keep watching will be to see if Goldthwait dares show us the monstrous creature lurking at the periphery. Isn’t that why we all watch monster movies, the compulsion to see the creature, but hopefully just enough to keep us freaked out?

Found footage is always good for that because the budget doesn’t often include room for special effects. But even with the hint of Big Foot, Jim and Kelly, who have been given All American, bland names to go with their banal, cardboard cutout personalities, don’t generate any sort of real screen presence to care. When events, as they inevitably do, start to get weird, once again, we’re questioning why the hell a camera would still be on in the first place?

While the set-up may hold some initial promise, Willow Creek is absent of Goldthwaite’s usual wit and cutting commentary. But, as far as these things go, it at least should be at the top of the heap of similar carbon copy exercises one weeds through when trolling around on Netflix.