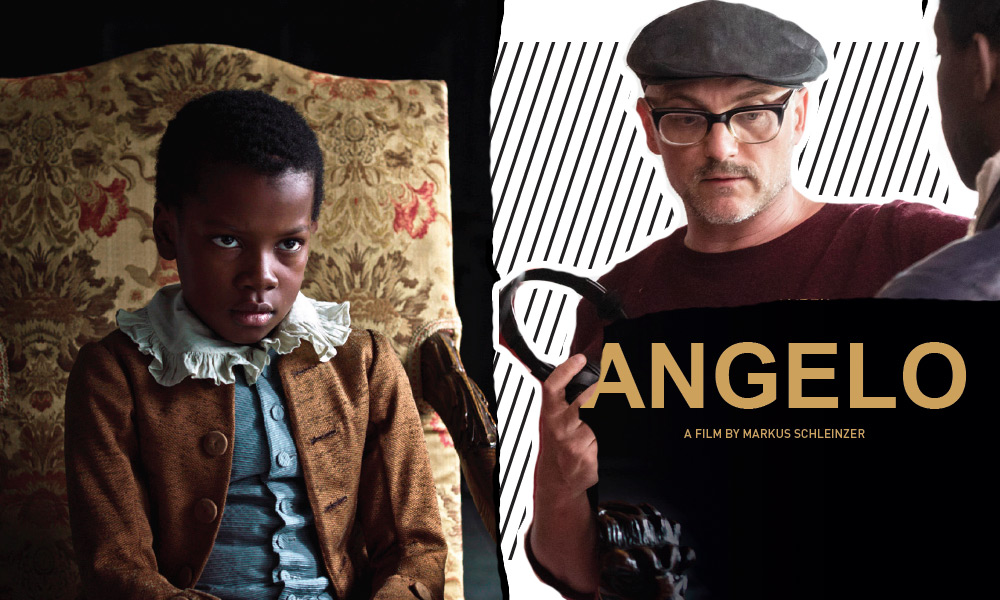 Markus Schleinzer’s second feature Angelo (review) has had a long life on the festival circuit, premiering in Toronto (Platform section 2018) and giving wide exposure to the real-life story of Angelo Soliman, who was transplanted as a child slave into the European courts of the 18th century, groomed and educated to serve as a status symbol for the wealthy Viennese of the era. Schleinzer, previously a casting director for Michael Haneke, turned to directing in 2011 with Michael, an icy look into the daily life of a pedophile kidnapper, which was well received in Cannes and one of the rare times a first film plays in competition.

The Austrian director returns now with an ornate, absurdly alienating tale of assimilation and racial oppression, following the life of Soliman from childhood to death through multiple segments and actors portraying the historical figure. Not devoid of humor and yet uniquely challenging to the viewer, the film successfully navigates a highly problematic subject story with a formal rigidity that is as repulsive as it is mesmerizing. I catch up with the surprisingly chipper Schleinzer at the New Horizons International Film Festival in Wroclaw, Poland, where he discusses his journey as a storyteller, the importance of silence and his casting process against the backdrop of an Albert Serra live installation.