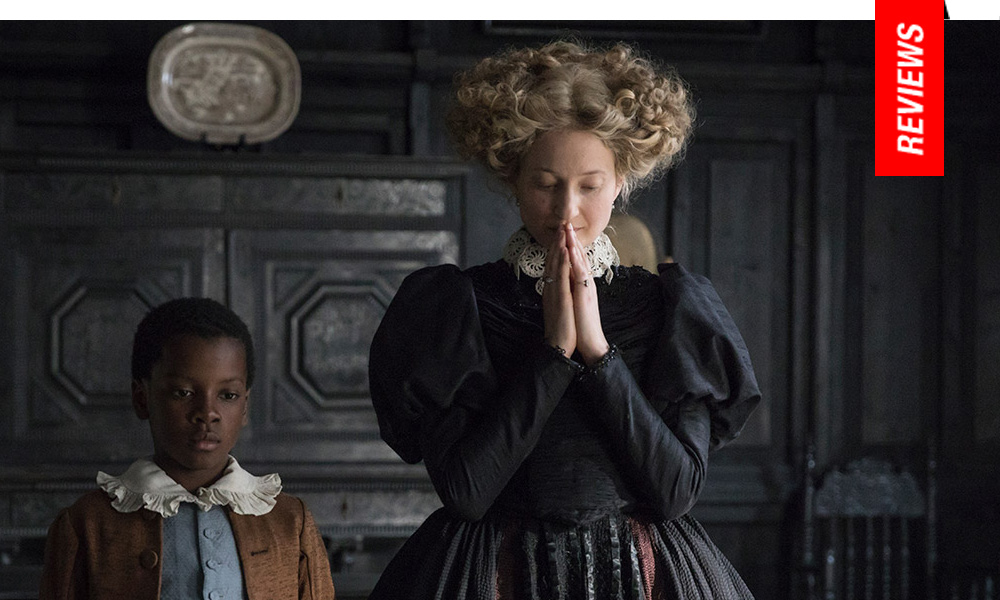 The Moor the Merrier: Schleinzer Returns with Incendiary Portrait of Indentured Servitude

Austrian director Markus Schleinzer returns with his long-awaited sophomore film Angelo, a follow-up to his controversial 2011 debut Michael, which documented five months in the life of a pedophile who kept a ten-year-old boy captive (which plays exactly like the sadistic Euro version of Room its description sounds like). Still most revered as a casting director on several prominent Michael Haneke features (The Piano Teacher; Time of the Wolf; The White Ribbon), his latest plays like the second chapter of what could potentially be a troubling trilogy on child enslavement, the prominent theme at the center of his latest effort. Bought, enslaved and conditioned by the restrictions of court socialization in 18th century Vienna, Schleinzer documents a disconcerting bildungsroman which takes root in bleakness and builds to a chilling inferno. Clinical and even meticulous in its alienating presentation of racial commodification, Schleinzer once again proves his mettle as a protégé of the icy absoluteness perfected by his Austrian predecessors.

In her desire to teach and present an accomplished dark-skinned boy to the court, a fanciful Comtesse (Alba Rohrwacher) purchases a young African boy in 18the century Vienna and names him Angelo. Training him in the arts and informing him he will be on equal footing with other members of the court, Angelo becomes an entertaining novelty, engaged in elaborate pantomimes concerning his origins for the prince (Michael Rotschopf). But when he secretly decides to marry his white mistress, Angelo immediately falls from grace and out of his esteemed social standing with the court.

Schleinzer settles on a purposefully detached perspective of Angelo, dividing his life concretely into three distinct chapters, ranging from childhood, the moderate hopefulness of youth he’s allowed briefly, and then an unsettling final resting place at the end of his life. In much the same way as Abdellatif Kechiche documented the travails of Saartjes Baartman in Black Venus (2010), a woman who left Dutch ruled Southern Africa in 1808 to become a carnival centerpiece in Paris, then prostitute, and eventual medical curiosity for French anatomists before dying alone and destitute in her late twenties, the trajectory of Angelo Soliman is similarly presented in an estranged, arguably dispassionate fashion. Bleak but without the manipulative machinations with which Angelo could have gleefully tuned into, Schleinzer conjures the essence of the period as an analytical observer with about as much excitement for his subject as Kubrick felt for his Barry Lyndon.

In the film’s first segment, which features Italian actress Alba Rohrwacher (whose face is perfection for anything period), Angelo’s early years mirror the narratives of something like a Nat Turner, a young black boy bought by what history would define a progressive white woman. Whereas slavery era America always made its black citizens aware of their place, Angelo is cruelly brought up by the Comtesse being told he would eventually be an equal on his “path to becoming human.” After her first slave child unexpectedly dies, she buys Angelo, so named after “God’s first messenger.” “You have found safety now. You are one of us and will live like a prince.”

The film’s second segment shows a few exceptional interactions, wherein Angelo has grown into a performer (or fool, rather) for the court, forced to engage in demeaning plays regarding the salvation of his people (opposite white actors in black face). Expected to engage with the members of the court, none of whom directly address him in conversation, another black man is located, a servant of lower station, and gleefully presented to Angelo as someone he can finally talk to (the interaction is entirely without dialogue and perhaps one of Schleinzer’s finest moments). The other is an affair with a white woman, whom he dares to leave the court for in a situation which immediately backfires.

But it’s the third segment of Angelo which is most persuasive, beginning abruptly with the protagonist as an old man, taking a tour of a cultural museum with his adult granddaughter, led by an insincere curator (Christian Friedel of The White Ribbon and 13 Minutes). Why Angelo and his granddaughter are receiving this tour, and how it all ends up is incredibly potent in both reality and implication and allows for Angelo to take on unexpectedly complex and compelling dimensions heretofore absent from its presentation. While it yields no surprises as to how people of color are cared about or for in a white privileged universe both then and now, Schleinzer evokes levels of toxicity which are both effective and memorable in the final frame of Angelo, an approximation of one of countless lives obscured in the murky history of global atrocities waged against people of color.