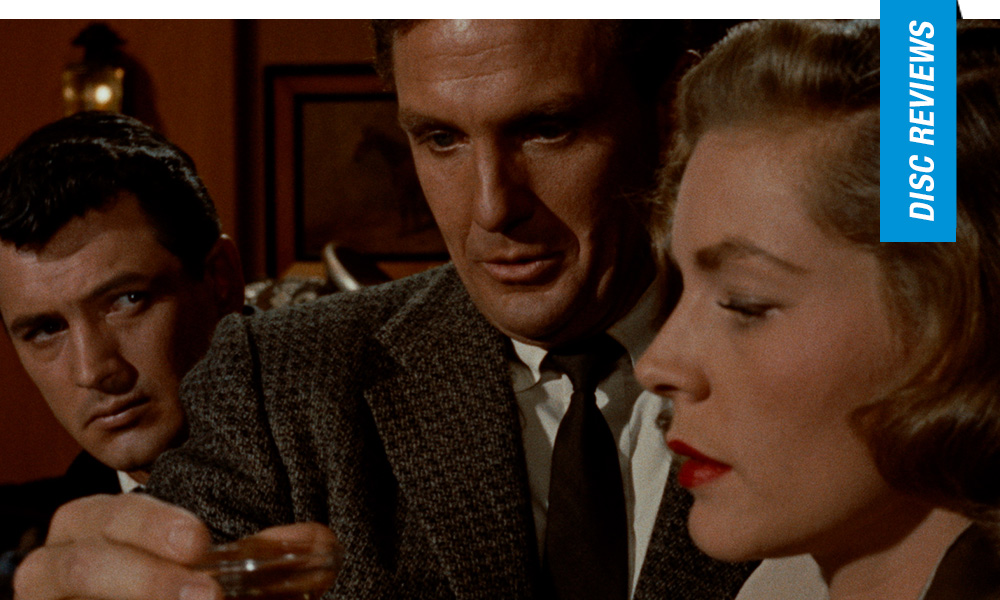 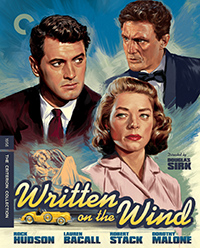 Despite having directed several dozen films across a career which ranged from 1930s Germany to late 1950s Hollywood, Douglas Sirk is best remembered for a handful of soapy Technicolor melodramas from the last several years of his filmography. While underappreciated at the time, his particular brand of characterization melded with social issues in ways most studio films did not, which perhaps explains a resonance which would inspire filmmakers (particularly gay men) decades later, such as R.W. Fassbinder, John Waters, Todd Haynes, and Pedro Almodovar, to name a few. But Sirk also delved into layers of desperation and dysfunction, and some of his work feels like Tennessee Williams in candy coated noir. Such is the case with what plays as his most perverse creation, Written on the Wind, a subversive masterpiece undermining Hollywood’s rigid propaganda machine of American idealism.

Lucy Moore (Lauren Bacall), the new secretary for the Hadley Oil Company in their Manhattan offices, finds herself swept off her feet when geologist Mitch Wayne (Rock Hudson) shows up to take her to lunch. Mitch also works for the Hadley Corp., owned by Texas oil baron Jasper Hadley (Robert Keith), and is on a business trip with Kyle Hadley (Robert Stack), the alcoholic playboy heir to the empire. The trip is more of a ruse for Kyle to fly his plane and engage in frivolous activities, but he takes an immediate liking to Lucy despite Mitch’s obvious attraction to her. A marriage proposal from Kyle ensues and after a long honeymoon, he brings his new bride back to Texas where his sexpot sister Marylee (Dorothy Malone) lives. While Kyle has given up drinking thanks to his marriage, there’s no such stopgap for Marylee, who keeps absconding with local men as she pines for the attention of Mitch, who views her as a sister. When a doctor informs Kyle he’s sterile, his addiction returns with a vengeance, bringing tragedy with it. 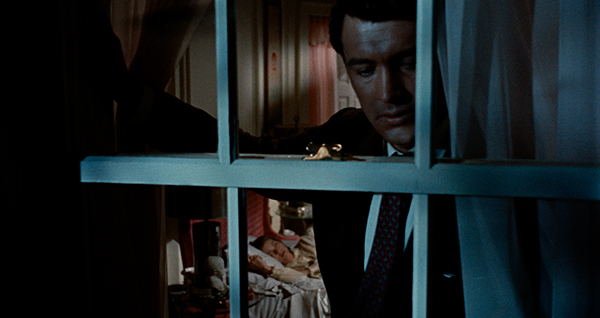 Hudson appears in several of Sirk’s endeavors (notably in the other wacky but considerably enjoyable remake of Magnificent Obsession), but he would be rallied by Sirk again, along with Stack and Malone in The Tarnished Angels (read review) only a year later in a similar, more familiar triangulation of a beautiful woman trapped between two male friends. The comparison even amongst Sirk’s titles only heightens the significant outrageousness of Written on the Wind for the late 1950s.

Bacall and Hudson are the cookie cutter archetypes of American idealism hopelessly perverted by the bizarre brother/sister duo played so deviously by Stack and Malone. If Hudson’s Mitch and Bacall’s Lucy always feel a bit muted (and thankfully they have few one-on-one sequences), how the energy of the Hadley siblings ricochets off of their cool veneer feels hot enough to start a fire. Stack, who was nominated for an Academy Award for Best Supporting actor (he lost to Anthony Quinn, playing Gauguin in Vincente Minnelli’s Lust for Life) is agonizing as an emasculated alcoholic who goes cuckoo over his perceived sterility. The real star in this gig, however, is a blazing Dorothy Malone, who won Best Supporting Actress as the nymphomaniacal Marylee.

Haughty, imperious and unabashedly sexual, she feels like an alien composite amongst 1950s era female characterizations. She’s either playing at destroying or devouring, and not one moment of screen time is wasted, including Sirk’s devious juxtaposition of her drunken bedroom dancing while her withered father dies at the foot of the stairs, a hedonistic exaggeration of something like Bette Davis in Wyler’s The Little Foxes (1941). Her wild-eyed glint was perhaps the inspiration for some of Kathleen Turner’s devilish mugging in Serial Mom (1994) – but whatever the case, Malone is a supremely enjoyable portrait of an unconscionable siren, on the same wavelength of Gene Tierney’s murderess in Leave Her to Heaven (1945). 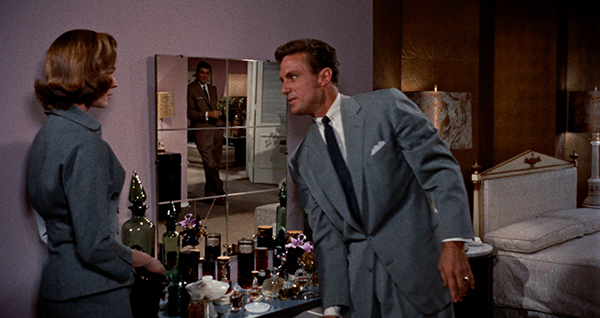 Based on a novel by Robert Wilder (whose work provided the basis for films like Flamingo Road and The Big Country), and purportedly based on a 1930s scandal between a chanteuse and tobacco heir, screenwriter George Zuckerman really leaned into the salty sleaze of the dialogue. Every moment is filled with a simmering tension, from Stack’s initial appearance trying to buy Bacall in their first meeting to the alcoholic stupor of Stack’s denouement.

Sirk’s regular DP Russell Metty (who wouldn’t receive his own Oscar glory until after Sirk retired), partially responsible for the pronounced looks of Magnificent Obsession and All That Heaven Allows, is on a particularly flamboyant kick in Written on the Wind (compare his lensing of Jane Wyman or Lana Turner in other Sirk productions), arguably Sirk’s weirdest, most brazen sabotage of Hollywood’s sugarcoating.

Criterion re-releases Written on the Wind (originally added to the collection back in 2001) with a new 2K digital restoration and uncompressed monaural soundtrack in 1.85:1. A 2008 documentary Acting for Douglas Sirk, including archive footage with principal cast is included in the extra features as well as an interview with film scholar Patricia White concerning the nature of melodrama.