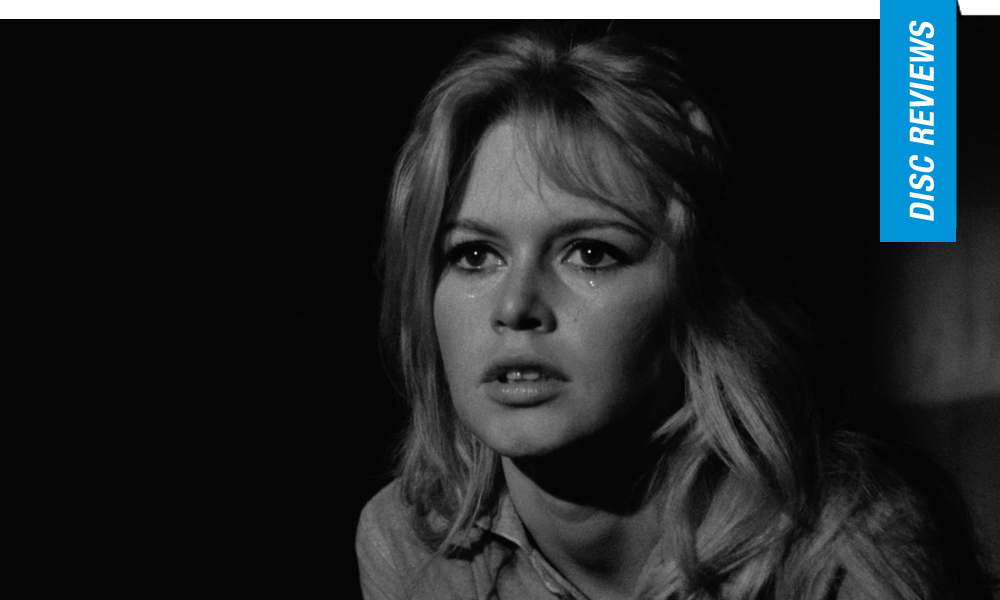 What is the truth? And can you handle it? Notions of truth, perspective and judgment have long been staples of the courtroom drama, melded into specific social commentary concerning the cultural disparity between a country’s elders and its youth in Henri-Georges Clouzot’s late-career masterstroke, La Vérité. Released in 1960, where it would go on to nab an Academy Award nomination and win a Golden Globe, this was Clouzot’s last great hurrah, as the troubled production of 1964’s Inferno was never completed, while one final title in 1968 with La Prisonniere fell into immediate obscurity.

Arriving just as the Nouvelle Vague was redefining the stylistic possibilities of cinema, with Chabrol’s Les Bonnes Femmes, Truffaut’s The 400 Blows and Godard’s Breathless all arriving at or around the same time, Clouzot’s last notable hit stresses the divide of his classical filmmaking style with the topicality of a new generation. Stepping out of the sex kitten cliché she’ll always best be remembered for thanks to the handiwork of her husband at the time, Roger Vadim (his 1957 And God Created Woman still remains her everlasting and iconic role), Clouzot captured Bardot at her most dynamic in a performance which rivals any of her work with New Wave alums, including Godard’s Contempt and several Louis Malle titles (most famously, Viva Maria!).

The beautiful and ravishing Dominique Marceau (Bardot) escapes her provincial life for freewheeling bohemian Paris only to find herself standing trial for the accidental murder of her lover (Sami Frey), a young but promising conductor. As the prosecution and the defense spar over what led her to such violence (to determine if this was a crime of passion or premeditated), Dominique’s life is laid bare, and intimate details about her sexual proclivities and numerous vices exposed to the public in garish detail. Intergenerational miscommunication and a general distrust for outspoken women leads to different interpretations on what constitutes the truth.

Clouzot was one of the old-school auteurs heavily criticized by the Nouvelle Vague, with Truffaut’s citing only his 1953 film The Wages of Fear as his only innovative accomplishment in Cahiers du Cinema. As such, Clouzot is still a consistently underrated director, even while some of his films are irrefutable masterpieces, such as 1947’s Le Corbeau or the seminal Diabolique. Interestingly, La Vérité features many of the same themes as the failed Inferno (1964), wherein a beautiful woman’s sexuality drives her older husband to fitful jealousy and petty manipulations. The courtroom drama aspect is très French, with Paul Meurisse and Charles Vanel vehemently squabbling over how Bardot’s tempestuous love affair resulted in her lover’s tragic death. Her motivations are weighed heavily, which includes an invasive examination of her sexual history, her liberated attitude a direct opposition to the moralistic high ground of those judging.

Bardot’s Dominique is allowed incredible vocal leeway, and as such ends up resembling the satirical tone of Albert Brook’s Defending Your Life (1991). Clouzot, who alongside Chabrol was often compared to Hitchcock, shares similar elements here with 1947’s The Paradine Case as similar social class commentary dressed as a courtroom melodrama (and if Inferno had been completed, it might have been Clouzot’s counterpoint to Vertigo).

But what is the truth of Dominque’s terrible misdeed? Clouzot seems to unconsciously ponder not just a murder but the murder of a talented, celebrated young male musician, his life cut short by a frivolous good time gal, a man eater who eschewed social sanctions. The tearful performance from Bardot is a provocative precursor to any number of contemporary protagonists, both fictional and real.

It seems a stroke of providence Clouzot’s title is available for renewed discourse at the same time as Joshua Rofé’s documentary series Lorena (2019), which features similar defense and convincing testimony from Lorena Bobbitt, whose crime was not so much malicious wounding but attacking the sanctity of patriarchy. And compared to something like Antonio Pietrangeli’s I Knew Her Well (1965), wherein a young woman unsuccessfully attempts a life of sexual liberation in the increasingly alienated climes of late 1960s Rome, Dominique seems a resilient rebel of the patriarchy, whose unbridled emotions eventually also lead her to self-destruction. Of Clouzot’s five screenwriters, four were women (including his wife Vera), which perhaps accounts the sympathetic perspective for Dominique as she’s castigated by a room of judgmental old white men perturbed at her pronounced sense of agency as a woman pursuing her own desires.

Clouzot’s La Vérité has never previously released on DVD or Blu-ray in the US and is treated to a gorgeous new 4K digital restoration from Criterion, presented in 1.66:1 with uncompressed monaural soundtrack. Lensed by Armand Thirard (also of Clouzot’s Diabolique and The Wages of Fear), a claustrophobic court room drama is juxtaposed with the unfolding flashbacks from Bardot’s carefree existence and eventual toxic relationship.

Le Scandale Clouzot:
Pierre-Henri Gilbert directs this hour-long documentary on Clouzot, made in 2017.

Straddling the line between classism and modernity by examining fraught gender politics, La Vérité is final masterstroke from Clouzot and the most tenacious melding of persona and performance from Brigitte Bardot.