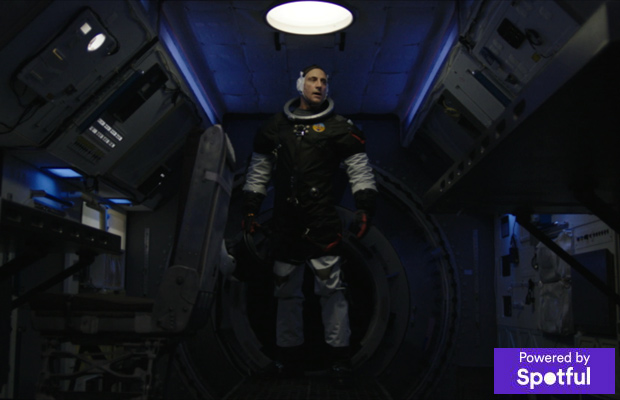 Naturally the post production process can be a lengthier one when latticeworking critical sci-fi elements with technical aspects. As is the nature with our set of predictions, sometimes we jump the gun. No updates have been made in the interim, but Mark Elijah Rosenberg‘s debut should logically be ready to dock in 2016. Starring Mark Strong, Sanaa Lathan, Charles Baker and Bettina Skye, Ad Inexplorata received support from Indian Paintbrush Fellowship (2011), Creative Producing Summit (2011), Creative Producing Feature Film Lab (2011), 2011 June Screenwriters Lab (2011), 2012 Screenplay Reading Series (2012) and coin from the San Francisco Film Society and it received the Sundance NHK Filmmaker Award (2014).

Gist: Captain William D. Stanaforth (Strong), is a NASA pilot alone on a one-way mission toward the unknown. Faced with mechanical problems, physical suffering from long distance space travel, and the mental obstacles of a journey into the unknown, the trip begins to take its toll on the ship…and Stanaforth’s mind.

Prediction: Pod hatch should open up for the U.S. Dramatic Comp and we could find portions of the larger project in the New Frontier installations section.