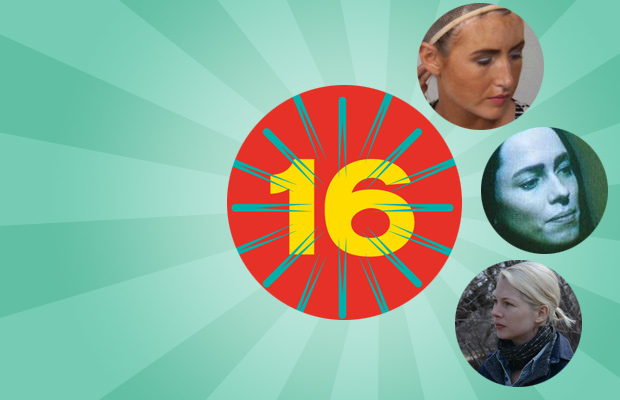 With a decent sized sampling of thirty-one features and several four star quality shorts viewed, my assessment of the ’16 edition is as follows: the Premieres category delivered in terms of A quality offerings, the U.S Dramatic Comp had far more “misses” than “hits”, and there is plenty to be excited about from the micro indie auteurs found from the bountiful NEXT section. To further recognize this section’s importance and cred, I’d definitely create a jury award to go alongside the Audience award — perhaps the composition of that jury could follow the free-thinking artist matching they promote for their Sundance NEXT FEST. And speaking of the jury folk — I’m a little dismayed that a conventional film such as The Birth of a Nation took precedence over a technically sound, risk-taker film such as Christine. Change appears to be in the air, with Robert Redford contemplating the future of a festival (one idea that was mentioned is breaking the documentary films away for a second Sundance fest in February) — I would rather see an overlap not unlike how SXSW courts both the music and film crowds. Here are my top ten films of the fest:

3. Kate Plays Christine – Dir. Robert Greene
Kate Lyn Sheil either plays the part, is the part or is the person in Robert Greene‘s brilliantly layered, staged, rehearsed, investigative peanut buttered and jellied swirled docu that once again reminds us that non-fiction is perhaps a lazy, arbitrary description for this U.S. Documentary Comp offering. His fifth feature is a heady, head-scratching brilliantly researched investigative account on where performance begins and ends and the vulnerabilities of being an actor, thus making Kate Plays Christine a film that is difficult to quantity and/or categorize. Sheil’s re-enactments demonstrate how Christine Chubbuck is no easy figure to inhabit and not an available person to play and no matter what Chubbuck film you end up seeing first in this chicken or egg equation (I did find that one film informs the other) you’ll marvel as jarring moments of reflection and meta-experimental set-ups via regular contributor cinematographer Sean Price Williams.

2. Christine – Dir. Antonio Campos
Matching our chief film critic Nicholas Bell’s two top best of fest selections, I’m not entirely surprised by the evolution and quality level found in Antonio Campos‘ third oeuvre, however, I was quite surprised by the film’s tonal, almost hopeful pulse. Injected with humor that is more comforting than unsettling, the far more complex descriptive DNA details of the news reporter’s psyche means that we at once have a depiction of women in the workplace in the particularly cutthroat 70s media world and we have a rooted, non-dismissive and strikingly sincere and empathetic look into mental illness. Containing a persistently thoughtful, non-exploitative viewfinder, this fascinating character study of a rather stand-offish and put-offish character with a rousing award-worthy perf from Rebecca Hall and strong supporting players with Tracy Letts in top form in a breakout year and Maria Dizzia making a noticeable turn as well. Christine only confirms what we already knew with Afterschool and Simon Killer, that Campos is one of the best American indie filmmakers of this generation.

1. Certain Women – Dir. Kelly Reichardt
In her two plus decade/six feature film filmography, Certain Women has, in my opinion, placed Kelly Reichardt in master filmmaker category and maybe she was already there in several circles. This slow burn, short stories adaption beautifully keeps its character set at an emotional arm’s length from true connection, emancipation and specifically prevents its female players from venturing over into simmering anger conflicts. The anecdote for anyone tired of the map out narrative strategy; shot on film, the train horn emptiness and the vast rural surroundings echo an ideal working-class backdrop for deep, pensive reflections. Even with a sparse dialogue, the subtext and undercurrents are so voluminous, that moments of solitude and silence and what is not being said is as affecting as the more “overt” crisis moments. A Sundance Premieres title is in such a class apart, that I wonder how Cannes programmers failed to latch onto this piece of Americana for what would have been a welcome addition to the Main Comp.