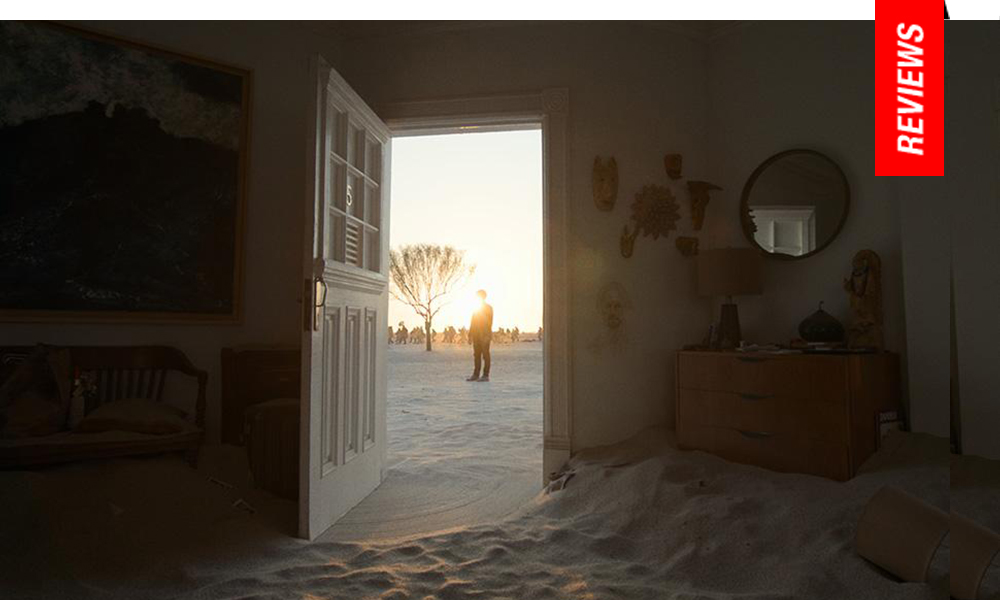 Bardo, False Chronicle of a Handful of Truths | Review

The Unexpected Virtue of Indulgence: Iñárritu Repeats Himself with Repetitive, Soulless Extravaganza 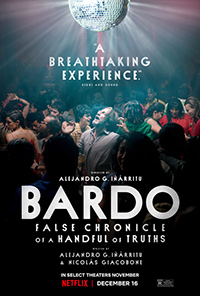 “The pure and simple truth is rarely pure and never simple,” said Oscar Wilde. Alejandro G. Iñárritu bludgeons this assertion to a pulp in Bardo, False Chronicle of a Handful of Truths, his first narrative feature in Mexico in over a decade. Since then, Iñárritu has ascended into an internationally renowned presence thanks to his Academy Award Best Picture Winner, Birdman or (The Unexpected Virtue of Ignorance) in 2014, followed by the lauded The Revenant (2015). Utilizing the same magical realism which allowed something like Birdman to soar, bolstered by the meta treatment of its American star, Michael Keaton, Iñárritu inserts a semblance of himself in the same formula, examining through a fractured, heavily stylized memory poem the life and accomplishments of a noted Mexican journalist and documentarian on the eve of accepting a major award. The glaring problem is, beyond the endlessly opulent but ultimately empty-headed spectacle of a narrative, is the rather unlikeable and overtly dull characterization upon which the entirety of this exercise is built.

Silverio Gama (Daniel Giménez Cacho) is a renowned filmmaker who’s about to be the first Mexican and Latin American to receive the coveted Alethea Award for journalists, the awards ceremony in Los Angeles looming large. Before he has a chance to get there, the notoriously insecure Silverio seems to be jarred into reexamining the major events of the life which brought him to where he is. Celebrating in Mexico, where he returns to face some demons he’s never laid to rest, his precarious position as a man without a country affects him. Criticized for leaving Mexico and forever to be defined as an immigrant in the US, Silverio grapples with his conscience in an epic saga down memory lane.

Self-indulgent doesn’t quite begin to describe the miasma of elaborate productions and tiring segues which ultimately neuter the third act revelation of Silverio Gama’s actual vantage point, especially seeing as Iñárritu returns to the exact place where the narrative begins. A lot of patience is required in orienting oneself in the rhythm and meaning of the film’s clues, ultimately puzzling together the portrait of a man conflicted by a sense of denying his culture to raise his children and pursue success in Los Angeles. Bardo is a Buddhist term defining a transitional state between death and rebirth, while one of Silverio’s documentaries was titled False Chronicle of a Handful of Truths, a statement which also defines his slivered traipse into a past defined by a son who died shortly after birth and various formative experiences from his personal life and professional career. Something like Fellini’s iconic 8 1/2 (1963) might come to mind, but nowhere in this impressive production design, expressive editing from Mónica Salazar or the routinely pristine cinematography of Darius Khondji comes close to the sublime expiation we’re meant to feel for Silverio.

Opening with an expressive moment wherein a newborn is reinserted into his mother’s womb at his own behest (and later to make another surprise pop up), these flights of fancy (along with others, such as an arresting use of David Bowie’s “Let’s Dance”) feel like striking ideas which don’t quite fit into any real cohesive vision. More fanciful moments tend to be revealed as actual segments from Silverio’s last documentary, including an interview with conquistador Hernan Cortes atop a mountain of dead bodies (like the nightmare version of Kylie Minogue’s “All the Lovers” music video), right after Silverio wanders the streets of Mexico City, bodies collapsing all around him to represent the remnants of those who have disappeared (which recalls Liliana Cavani’s striking debut, The Year of the Cannibals, 1970). The troubling intersecting histories between the US, Mexico and Spain are all inserted into the film dramatically, but never with the subtext which would allow this to feel meaningful or, at least, eloquent.

There’s nothing inherently wrong with Daniel Gimenez Cacho’s performance, a routinely captivating performer in films like Blancanieves (2012) or Lucrecia Martel’s exceptional Zama (2017), but he’s reduced to playing a cliched artiste whose pretentiousness and insecurities are excruciating to sit with for the three hour running time. There’s a welcome playfulness when he’s on screen with Griselda Siciliani as his saintly wife, but other moments with family feel inauthentic, such as squabbles with his teenage son, or a relationship with his daughter playing the same template as Keaton and Emma Stone in Birdman.

Where Iñárritu really can’t seem to help himself is during an obnoxious moment where Silverio bickers with a rude Customs agent while returning to Los Angeles, one of many tacked on elements regarding the notion of home and nationality (a recurring mention of Amazon purchasing Baja, California in an agreement between imaginary presidents of Mexico and the US could also have been explored in more convincing ways).

In essence, Silverio is reduced to being a fragile spirit who doesn’t quite grapple with his considerable privilege. Add to this, Iñárritu never shows us what makes him such an interesting figure to justify such an exploration. A return to a captivating moment which haunts him from a documentary on migrants who disappear, leaving behind remnants in an episode recalling Roanoke, VA, was something Iñárritu staged more convincingly in his 2017 virtual reality project Carne y Arena, the experience of which really felt like being a corporeal ghost witnessing traumatic realities. For a film reflecting on the notion of meaning, Bardo is a gluttonous pageant without a soul.

Reviewed on September 1st at the 2022 Venice Film Festival – In Competition. 174 Mins.