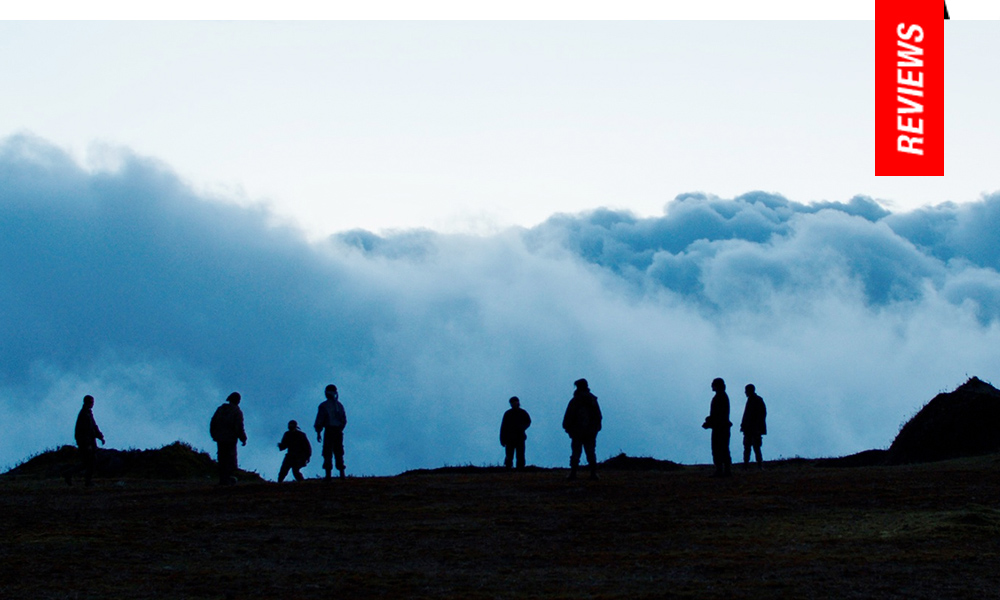 Brazil’s Alejandro Landes concocts a moody, textured exercise on child soldiers and guerilla warfare with third feature Monos (which translates to Monkeys in Spanish). Set somewhere in Latin America but inspired partially by the endless civil war in Colombia, the lack of contextualization lends itself to a free-form fairy-tale, at once a somewhat touching exploration of teenagers during complex sexual awakenings as it is a troubling hostage drama. Like the dark inverse of Snow White and the Seven Dwarves, a lack of any real context gives us a sense of a timeless allegory on globalized war-time realities. A pleasurably effective and strikingly diverse cast including notable actors amongst untrained professionals assists in establishing a surreal landscape where any real information or interpretation is born mostly from assumption.

Living out of an abandoned bunker on a remote mountaintop somewhere in Latin America, a group of teenage guerilla soldiers watch over a prisoner of war, Doctora (Julianne Nicholson), as they undergo various training exercise to stay prepared for potential trouble to come, working for an unknown commanding body known only as “the Organization.” Visited by their local point of contact, who brings a milk-cow named Shakira on loan from a local farmer (all known by pseudonyms like Rambo, Smurf, Swede, Bigfoot, Wolf, Dog, etc.), the bovine creature unpredictably becomes a catalyst for the dissolution of their chain-of-command. As they redefine their hierarchy, the bunker is attacked, and the soldiers are forced to take Doctora with them in the jungle.

Stuck in a perpetual cycle of endless waiting, the teenage rebels in Monos engage in activity to be expected during lackadaisical adherence to the rigid rules of their undefined “Organization,” whereby any kind of personal movement necessitates permission from the top. Between bouts of binge drinking and reckless partying in what seems to be an abandoned bunker (which takes on post-apocalyptic dimensions in this setting), Landes and co-writer Alexis Dos Santos make room for some interesting explorations of gender cues, most pronouncedly through characters Rambo (Sofia Buenaventura) and Dog (Paul Cubides), who appear to prefer more fluid or outright androgynous expressions of identity. The result is a striking take on the usual dynamic of unavoidable alliances and power struggles as their situation swiftly and suddenly degrades.

An obvious point of reference might be Lord of the Flies considering Monos focuses mostly on a group of teens who reinvent their own rules of operation only to regress to the savage tactics demanded by the lawlessness of the jungle. However, Landes scores an art-house exercise more comparable to the mystical moodiness of Peter Weir’s Picnic at Hanging Rock (1975), where the construct of time allows for hallucinatory possibilities. Aided by a phenomenal sound design and some impressive exterior cinematography from Jasper Wolf (Urszula Antoniak’s Code Blue, 2011), the film’s real triumph is another pronouncedly dreamlike score from Mica Levi (Under the Skin, 2013; Jackie, 2016), whose compositions grant Monos a zesty aural dimension.

Standing out among the cast of teenagers is Moises Arias (notable for his work on Hannah Montana and The Kings of Summer, 2013), his violent, increasingly savage persona as Bigfoot a striking departure from his previous credits. The odd man out (not counting the tragic end of the innocent milk-cow, Shakira) is a striking Julianne Nicholson, her gray roots untouched and her sinewy frame immediately suggesting she’s been held captive for some time. Her backstory is occluded by the present situation, known only as Doctora (though a snippet from a radio broadcast confirms a name and occupation towards the finale), an American woman held captive by a motely crew she interacts with in an initially a motherly fashion. This yields some interesting dynamics as the film progresses, allowing for sexual undertones both troubling and touching before inevitably descending into survival-inspired violence (and Nicholson proves to be as equally adept at rigorous physicality).

While Monos refuses to define situational or locational parameters, as an intimate exercise of interminable strife and chaos produced and normalized by guerilla warfare in Latin America, it’s certainly a fascinating and artistic achievement.