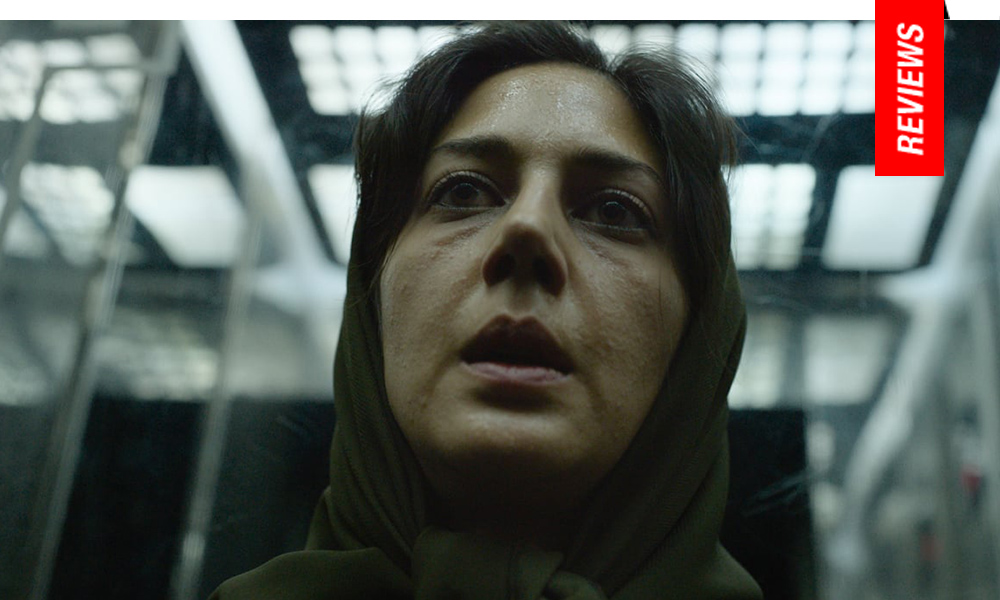 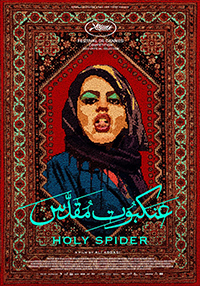 “Every man shall meet what he wishes to avoid,” is the sentiment opening Ali Abbasi’s brutal third feature, Holy Spider, set at the turn of the century and based on the true events which occurred in the holy city of Mashhad, Iran. A troubling portrait of a serial killer targeting sex workers in his own personal crusade to cleanse the city, this is truly a bleak portrait of Islamic indoctrination as doctrines taught through a glass darkly.

Filmed in Jordan, since nothing this blatantly critical or jaded could possibly be made in Iran, it’s not Abbasi and co-writer Afshin Kamran Bahrami’s intention to stereotype every facet of Islam as generating misogyny, but within the rigidity of Masshad, there’s clearly a contradictory power structure calibrated on controlling women. An uncomfortable and violent thriller, shot effectively by his regular DP Nadim Carlsen, and aided by a fantastic sound design, if the intention is for audiences to recoil at not only the events depicted but the entrenched perspectives which allow for these sentiments, they foster, it’s certainly a success. Some may chalk this up to merely another excessive depiction of violence against women, particularly sex workers, but there’s also a subversive importance in such a viseral exercise taking place in a country in which the suppression of women has been normalized. In the same breath, Abbasi doubles down considerably on the bleakness and hopelessness of a country and world where people become active participants in their own cruelties.

A serial killer has strangled eight women in Mashhad, leaving a signature on each earning him the nickname Holy Spider. The police haven’t gathered any conclusive evidence despite mounting pressure from Tehran to catch the killer, who calls a local journalist after each kill to report where he’s dumped the corpses, vocalizing his motive as a personal jihad against vice. As a ninth woman is found, Rahimi (Zar Amir-Ebrahimi), a journalist from Tehran, attempts to gather information from local police and the clerical judge, all of whom are only clear about their distaste of being questioned by a woman. When it’s obvious she’ll get farther on her own, Rahimi takes to the streets, questioning sex workers and the relatives of the victims. Saeed (Mehdi Bajestani), a construction worker with a wife and two children, has been seen picking up women in a consistent pattern, allowing Rahimi to pose as a decoy and thus implicate him. However, it appears a majority of the community agrees with Saeed’s actions and justice for the slain women is hardly an unequivocal outcome.

Positioning its protagonist as the tenacious journalist played by a wearily steadfast Zar Amir-Ebrahimi helps ratchet up the anxiety and consternation, where policemen and judges publicly and privately diminish her. An utterly vile but effectively reprehensible performance from Mehdi Bajestani as the remorseless murder also assists in elevating this beyond the standard cliches of serial killer films, especially those allowing extensive sequences of their actions. Abbasi rides a queasy line of glorification and catharsis in moments where women dare to fight back against their assailant, but exceeds predictability by segueing into a social issue film suggesting little has changed in the twenty years elapsed since these specific events.

At times, Holy Spider seems to get caught up in its own gratuitousness, laboring over obvious points in its final moments. The blatant murder and disregard of sex workers is hardly a problem specific to Iran, and whether it’s Jack the Ripper or Lonnie David Franklin Jr., the blatant disregard for women (or any disenfranchised group), paired with whatever rigid religious or social views allowing communities to avoid seeing them as human, will be repeated. Supply exists where there is demand with the oldest profession in the world, which makes the continual stigmatization of sex work frustrating since the underlying issue is really about controlling women’s bodies.

Abbasi’s film traffics in these themes by default, and Holy Spider isn’t necessarily articulating these details beyond a despairing sense of inevitable continuation. While a final sequence feels excessively obvious, there’s a chilling parallel to Joshua Oppenheimer’s 2012 documentary The Act of Killing, where Indonesian death squad leaders rather enthusiastically reenacted their methods of murder.