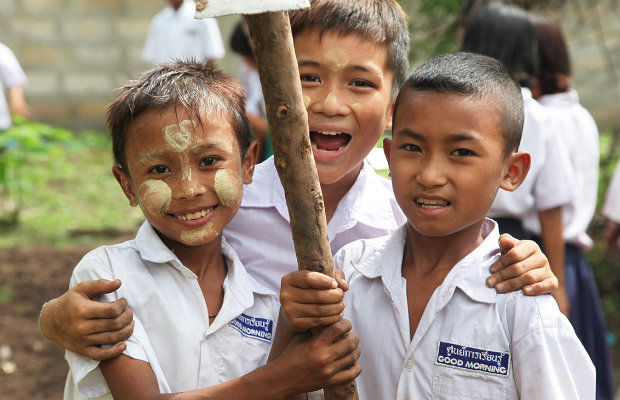 Off the Map: Cameron’s Well-Meaning Doc Explores Plight of Displacement 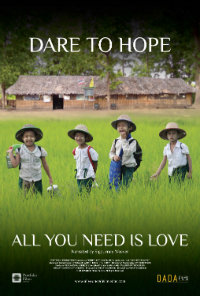 Focusing on the thousands of displaced families and children that languish in poverty around the Thai-Burma border, Stuart Cameron’s simplistic, well-meaning documentary All You Need is Love attempts to shine on a light on one of many global problematic human rights issues. Bypassing the extremities of the miserable circumstances in which these people live, Cameron instead focuses on the more hopeful aspects at work in such dire circumstances, mainly tiny but existent rays of hope that may exist due to the committed work of several individuals.

Specifically examining the Good Morning School in Mae Sot, Thailand, Cameron highlights the important contributions of Paw Ray, a Burmese teacher and refugee who began a network of schools in the region back in 1986. Growing up under dire circumstances herself, she’s one of the few valiant figures to overcome considerable obstacles to keep the school running despite a severe lack of funding as well as inescapable overcrowding.

The students’ day-to-day lives at the school are the main focus of All You Need is Love, proving that Cameron’s trite title is a phrase to be accorded only to privileged humans. Since many of these Burmese citizens are displaced and without papers, they’re constantly being fined by Thai officials, which only makes the chances of them ever affording the necessary paperwork all the more impossible. The children often come to school after sleeping in the jungle due to raids. Also, it’s important to note that these children will never have access to the Thai school system without said papers.

Narrated soothingly by Sigourney Weaver (executive producer Suzy Amis Cameron, wife of director James Cameron may explain Weaver’s involvement), it’s clear that All You Need is Love has an important message, and one can’t help but be moved by witnessing the daily setbacks these people face, which are environmentally as well as politically related.

Not afforded basic human rights since they aren’t actually recognized as humans in the first place, it’s another example of the savage cruelty humans exact on one another through appalling bureaucratic maneuvering. As a documentary, however, Cameron (who is not actually related to James or Suzy Amis Cameron) makes his point early on, which makes the film seem a tad repetitive. Growing out of an education project that was initially spearheaded by actress Amis Cameron, the film never quite seems more than merely a PSA about a troubled region harboring a populous in need of significant assistance.