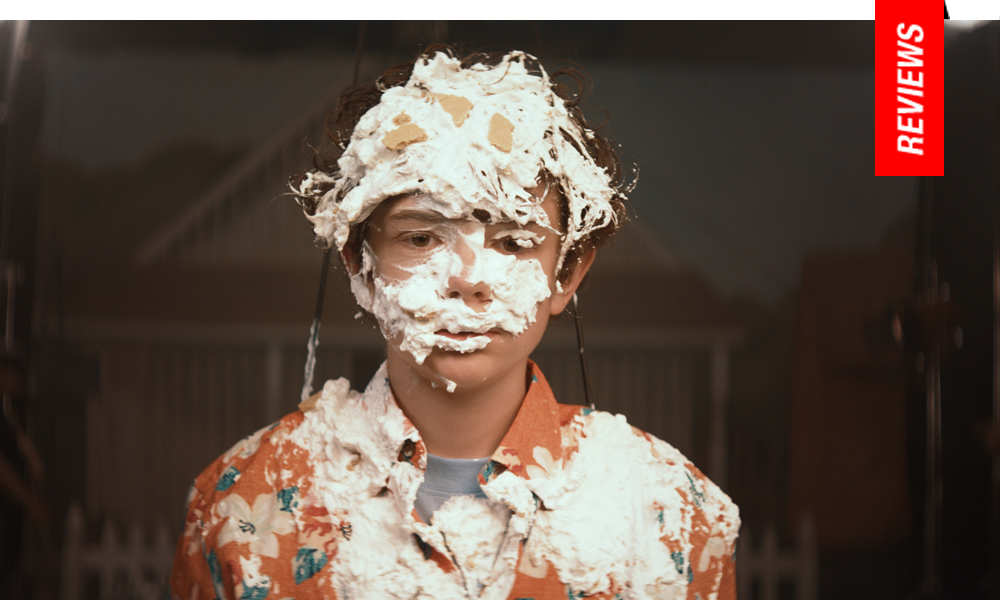 Tears of a Clown: Har’el and LaBoeuf Exorcise Demons 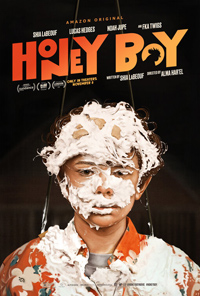 Honey Boy is a shockingly personal movie where Shia LaBoeuf plays his own dad. If that doesn’t sound weird enough, how about this: it’s much more than just another self-referential performance art piece by grown-up Stanley Yelnats—this punch-line-turned-project actually sticks the landing. Star-turned-scribe LaBoeuf teams up with trusted collaborator, director-turned-confidante Alma Har’el (Bombay Beach); the pair share a knack for tragic-comedy, plus a sensitive eye. Baked with layers of raw emotional truth, Honey Boy separates itself from the growing cadre of movies-about-movies, and delivers a spellbinding – and refreshingly ruminative – character study.

Juggling two clashing timelines, cleverly introduced via clapperboard, the onscreen version of LaBoeuf, aka Otis Lort, is played by two actors: a superb Noah Jupe as the 12-year old Disney child star; a haunted Lucas Hedges as the 22-year old action-movie bad boy. Jupe aches for affection; Hedges is bound for rehab. Like a demented twist on A Star is Born, Otis has to cope with an abusive, alcoholic father James (LaBoeuf), who also happens to be his payrolled manager. Eventually, Otis grows beyond his deadbeat dad—only to become an addict himself. FKA Twigs, Clifton Collins Jr. and Martin Starr have effective turns as the film’s moral compasses, each an interim role model for Otis when his father is not.

Noah Jupe astounds in this heartbreaking turn as the Antoine Doinel counterpart of LaBoeuf’s fraught childhood. Hedges—decked out in LaBoeuf’s own normcore, instagram-famous duds—transmogrifies almost seamlessly into the older Otis. Working through LaBoeuf’s script, Har’el strikes a masterful balance between raw emotion and dreamy stylization—and as for LaBoeuf himself, as both writer and actor, this is his best work yet: a mix of disturbing reality and cartoonish cringe. But be forewarned. While Honey Boy has some laugh-out-loud moments, it’s mostly an exorcism of deep-seated trauma. An onscreen cry-for-help that shoves you past shape-shifting demons to the light at the end of the tunnel.

Although it’s a smidgen over-reliant on context, Honey Boy is a treasure. This film succeeds for the same reason that it polarizes: for cineastes, this character’s backstory is already engraved in the public record; for those who don’t know LaBoeuf, it may be less compelling. But as it gathers speed, even the least informed viewers will be touched and intrigued. From a self-destructive montage at the outset to the tender father-son moments at the end, the film’s very best moments are supremely cathartic … as they surely were (and still are) for LaBoeuf himself. As both a challenging artistic statement and a historic moment for movie star therapy, Honey Boy is guaranteed to win hearts—especially those affected by child abuse, or by Shia LaBoeuf.