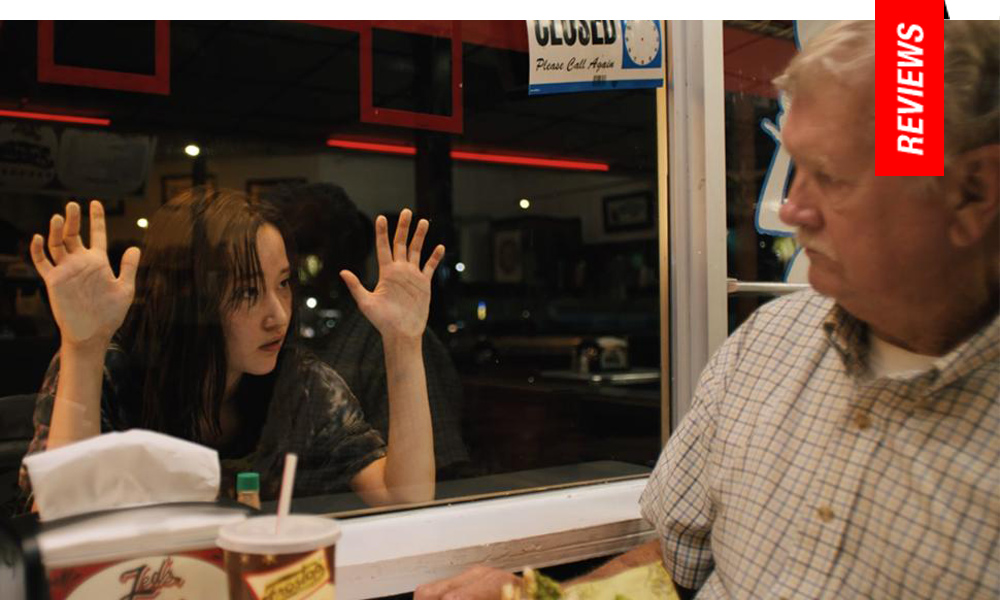 The Moon in the Gutter: Amirpour Shoots for the Moon and Misses 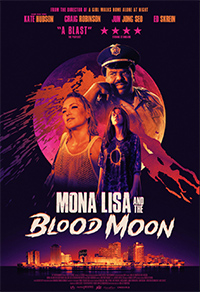 For her third directorial outing, Ana Lily Amirpour remains fascinated with B-movie grunge aesthetics, concocting a throwback to 1990s novelty in Mona Lisa and the Blood Moon. Unfortunately, her narrative never lives up to either of the enigmatic objects in her title and feels like an exercise in her favorite elements, though none of them coalesce.

New Orleans tends to stand out as the most vibrant character, where a focus on the down-and-out neon-lit locals lensed by Pawel Pogorzelski (Hereditary; Midsommar) promises garish delights. But for all the carefully curated soundtrack selections attempting to hotwire a sluggish narrative, nothing gets past a sort of loopy superficiality, never fun enough to ascribe to camp yet too smugly self-aware to ever take seriously. Despite depicting excessive violence against women, none of whom ever really come out on top, there’s never a clear purpose to embrace for any of its stenciled characters.

Mona Lisa (Jeon Jong-seo) has been locked away in the jaundiced halls of a Louisiana psych ward for a decade. But suddenly, just as a blood moon blazes in the sky, she harnesses her dormant psychic powers and escapes, the authorities trailing her as she traipses into New Orleans. Mona Lisa, as she is known from her file, has the ability to control people’s actions if they look her in the eye. A friendly drug dealer (Ed Skrein) and an unfortunate cop (Craig Robinson) cross her path, but upon saving Bonnie (Kate Hudson), a no-nonsense stripper, from getting beat up in a fast food parking lot, she finds respite. Aware of Mona Lisa’s powers, Bonnie uses the young woman to her advantage, which allows the authorities to close in. Having be-friended Bonnie’s preadolescent son, Charlie (Evan Whitten), the two of them hatch a plan to escape the city.

If the women of Hustlers (2019) had access to a Mona Lisa they’d have likely harnessed her powers more intelligently to grift sleazy men, but the short-lived scheme Bonnie concocts is meant to say more about the compromised integrity of her character rather than her charity. While Amirpour at least attempts something novel by way of casting in her lead character (compared to 2016’s The Bad Batch, another film where all the supporting characters are more interesting), Mona Lisa isn’t fleshed out enough to be compelling. While her ambiguous North Korean origins are the most interesting element of her background, she’s defined solely by her psychic powers, the sudden use of which, after a decade in a straitjacket, aren’t ever explained. Ed Skrein’s part-time drug dealer, Fuzzy, who takes an immediate, intense interest in her, is merely a convenient bit of titillation never rising above hokey exchanges.

Sharing themes with everything from Terminator 2: Judgement Day (1992) to Freeway (1996), and a number of other Generation X titles, Mona Lisa makes her way through New Orleans eluding the authorities, and one wonders if this wouldn’t have automatically had more texture had everything felt more gritty than glossy.. Like The Bad Batch, Amirpour crafts a rough sketch story embellished with all the bells and whistles of glossy production values, but never finds anything more to offer than something which was likely pitched using terms like “badass.”

Oddly, Amirpour’s best moment is from a peripheral character in the airport, outraged at Asian stereotyping. But despite its high profile cast and crew, there’s nothing more memorable than the title itself in an exercise which could have made powerful statements about women, cultural stereotyping or, alas, friendship.