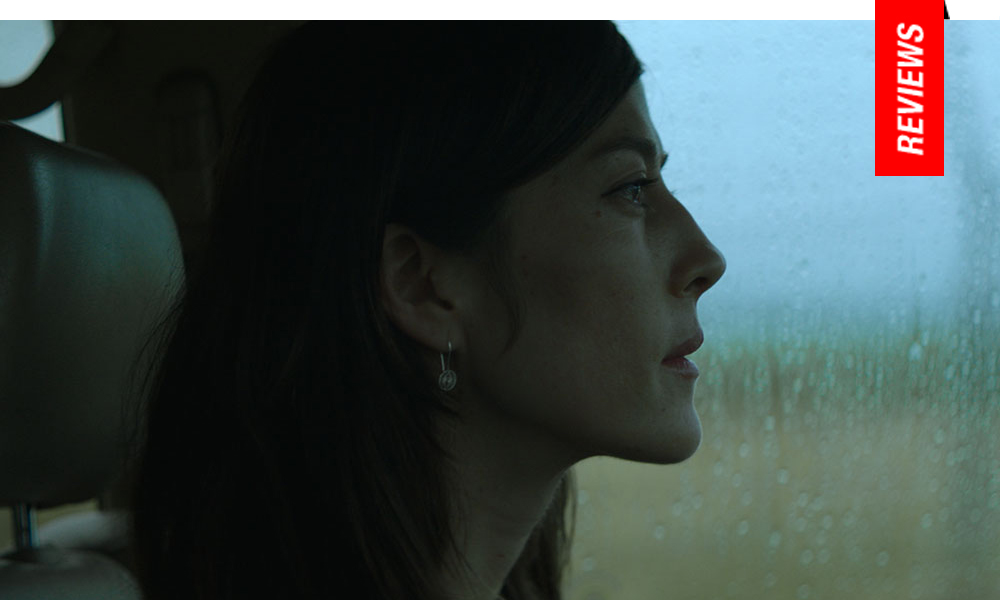 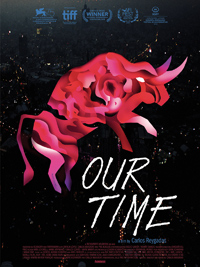 Interminable? Yes. Navel-gazing? Perhaps. But furious in its candor? Absolutely. Carlos Reygadas returns for the first time in six years with his sixth narrative feature, a marital drama which features the director, his wife, and their children acting out alternate versions of themselves in the tritely titled Our Time (a much less memorable yet much less pretentious moniker than it was originally called in development, Where Life is Born). Taking its precious and painstaking time to reveal the marital discord between ranch owner Juan and his wife Esther, the first third of this three-hour dilemma is certainly a chore to sit through, yawning drastically into the pitfalls of open relationship issues made more strained thanks to its third member being an English speaker with moderate line delivery. And yet, by the time Reygadas beats us into submission with his frustrating exercise (which also features controversial moments of violence against animals, including a bull and a horse), his latest reveals itself to be something wholly sincere, unmistakably human, and dealing with issues rarely this seriously deliberated upon in cinema concerning our conditioned responses to challenging the constrictions of monogamy, no matter the good intentions behind it.

On a ranch in Tlaxcala owned by Juan (Reygadas), where fighting bulls are raised, his wife Esther (Natalia Lopez) helps run the business and rear their three children. When a love affair between Esther and Phil (Phil Burgers), a gringo ranch hand with a penchant for horses, becomes apparent to Juan, an awkward jealousy sets in. Despite their agreement of an open marriage, Juan is upset with Esther’s secrecy, causing their comfortable existence to swiftly unravel.

If one feels uncomfortably trapped in the maelstrom of Juan and Esther’s demise, which is so considerately developed it does indeed feel as if it unwinds in real time during certain claustrophobic and lengthy sequences, it would seem to be Reygadas’ intention, who obviously wants us to squirm about as we marinate in this increasingly toxic stew of miscommunication and secretive desires. Our Time is the obvious antithesis to something like Claude Chabrol’s 1994 L’enfer, a remounting of the famously failed Henri-Georges Clouzot project Inferno in which the owner of a sleepy bed and breakfast becomes unhinged with jealousy over his wife’s imaginary infidelities with the clientele.

Of course, Reygadas dispels with any kind of doubt, even resorting to omniscient voiceovers to relay the hidden turmoil of Juan, as well as its characters reading aloud exchanges of texts or letters pertinent to their respective associations. This culminates in the film’s most awkward and fantastical moment, wherein what seems like a swinging party (echoes of the sex club in Post Tenebras Lux here) wherein a drag queen painted like a member of KISS performs live as Juan and Esther get drunk while she falls intimately into the arms of Phil (the only real effective sequence with Phil Burgers).

Meanwhile, Juan eschews his chosen helpmate and spies on them. It ends with one of two moments where Reygadas is supremely candid, and which elevates Our Time from some cathartic exercise on the part of the filmmaker and into something sublime in its import and presentation. If Reygadas isn’t often the most transfixing of onscreen presences, Lopez, on the other hand, is supremely arresting as the malcontented Esther. Much ado about bulls and horses (husband and wife are associated with the former, Phil with the latter, accounting for the violent inclusion of a horse gored to death by an angry bull) helps tie together the underlying references of animalistic tendencies, including behaviors humans simply aren’t able to contain.

Like the sweeping finale of Reygadas’ celebrated 2002 debut Japon, the filmmaker takes to the skies to furnish equally beautiful visualizations of Mexico City from above. Abandoning some of the subplots involving the children introduced in the film’s first hour, Our Time eventually begins to take on cohesive shape at its midway point, though this will likely be too late for impatient audiences who want easy answers. Much like the situation at hand, all is forgotten in the consuming throws of jealousy and despair.

Reygadas resists spurious melodrama with a familiar subject often only explored superficially. If his rendition feels repetitive, its because the situation itself is, for while love may be one of life’s sublime experiences, the fluctuating joy and desire between two people can also transform into Sisyphean hellaciousness (and following the advice of Tarkovsky, this is a film which tests audience investment with its overarching first hour). Reygadas touches upon this here—but for those who have never experienced such overwhelming discord or perhaps are triggered by its presentation, Our Time will likely be regarded as a lesser offering from Reygadas, which is a pity considering what it does accomplish with significant thoughtfulness.