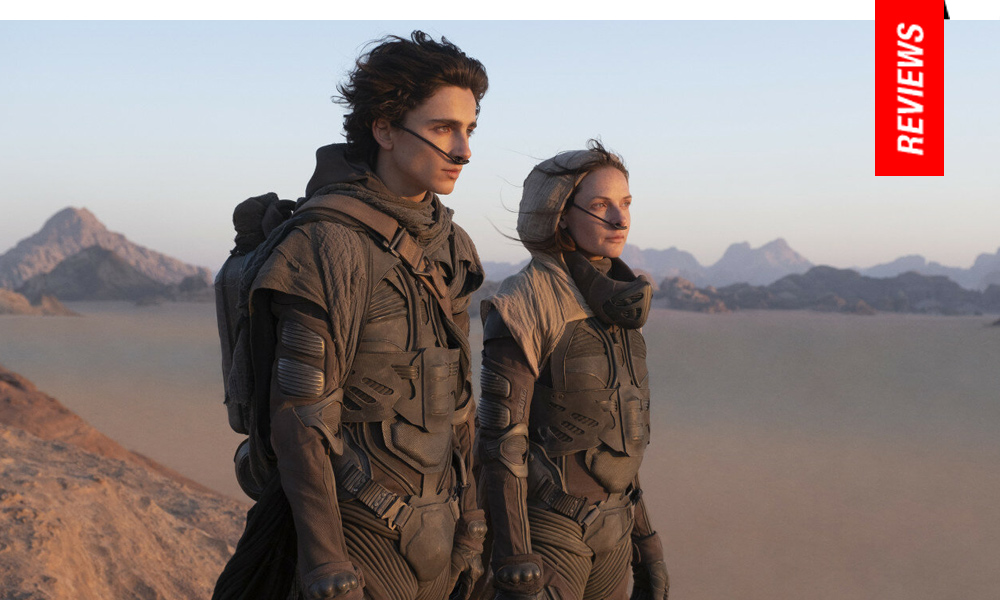 Spice Up Your Life: Villeneuve Embarks with Somber Take on the Sci-Fi Classic 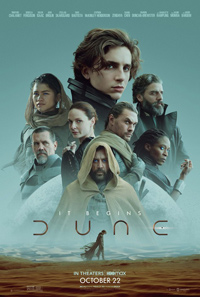 The journey of Dune to the big screen has been an arduous one, to say the least. Frank Herbert’s landmark 1965 classic science fiction saga, which was followed by five sequels, was initially intended as an epic film to be directed by Alejandro Jodorowsky (a failed undertaking examined in the 2013 documentary, Jodorowsky’s Dune). Out of the ashes of the project, George Lucas borrowed heavily from Herbert to craft his Star Wars films, the success of which invariably cemented any future iteration of Herbert to seem derivative. Enter David Lynch’s 1984 studio production, a box office and critical failure, only recently recuperated for its attempt to mount a worthwhile adaptation despite considerable odds. A brief history is imperative for the context of Denis Villeneuve’s massive big budget spectacle for a planned trilogy of films.

Requiring a certain modicum of success to justify completion, Herbert’s classic may as yet be doomed for another generation’s dismissal. In his two-and-a-half hour spectacle titled Dune: Part One, Villeneuve roughly gets through a little over half of the source novel, and despite navigating the dense world building and setting a properly serious tone, there’s something unfortunately a bit dead behind the eyes in a film feeling like an extensive prologue. While the novel provides an excellent roadmap to better assist in jumping into Villeneuve’s world, this latest version stands as an intensely well-produced visual spectacle perhaps a bit bogged down by the extreme pressure of requiring its success.

For the purposes of understanding the narrative, the year is 10191 and the supreme ruler is Padisha Emperor Shaddam IV. Beneath him are several Great Houses, each with their own ruling family. In this version, a brief snippet of omniscient narration from Chani (Zendaya), a Fremen, assists in setting the stage. The desert planet of Arrakis has been controlled by the notoriously brutal Harkkonens, currently lorded over by Baron Vladimir Harkkonen (Stellan Skarsgard). The planet was originally intended to be a flourishing paradise, but it’s the only place in the solar system which produces something called the Melange Spice, a life-preserving substance which also has hallucinogenic powers and happens to be the only way interstellar travel remains possible (i.e., oil and gasoline to our current Luddite standards). The Harkkonens are corrupt, but must contend with the indigenous populace they’ve tried to eliminate, known as the Fremens, who live deep within the desert realm. There’s also the problem of the extremely hot weather, but mainly dangerous sandworms, attracted by any sort of vibration imperil spice production. The worms tend to consume necessary equipment and manpower, resulting in a complex system of spice harvesting. However, the emperor of the Imperium has decided the House of Atreides, ruled by Duke Leto Atreides (Oscar Isaac) and currently charged with the ocean planet Caladan, will take over as fief ruler of Arrakis.

The Duke and his people are suspicious, as this upset will likely cause civil war between the Houses—in short, it’s a move potentially meant to cause the House of Atreides to fall. However, an intricate prophecy is also at play. The Duke’s royal concubine (they remain unmarried in case he has to marry someone to unite one of the Houses), Lady Jessica (Rebecca Ferguson) is a member of the Bene Gesserit, a long-standing group of women who are basically witches, guiding the power of their entire world from the shadows. The Bene Gesserit have sworn only to bear females, but Jessica broke the rules by giving the Duke a son, Paul (Timothee Chalamet), who she believes is destined to be the Kwisatz Haderach, the prophesied male who will basically have Bene Gesserit abilities and inspire a religious war across their universe. As Atreides suspected, the emperor is duplicitous, dispatching his own Truthsayer, Reverend Mother Gaius Helen Mohiam (Charlotte Rampling), the head of the Bene Gesserits, to broker a secret deal whereby the Emperor will secretly supply three of his own battalions, the Sardaukar, to assist the Harkkonens in wiping out House Atreides. As they attack, Paul and Jessica are thrown into the desert to seek refuge with the Fremens, where they attempt to regroup.

For those familiar with Herbert’s novel or Lynch’s previous film, there may be some measure of disappointment considering where Villeneuve decides to break off. In essence, it becomes a film existing in a sort of nebulous exposition, whereby we have precious little time to dig into any sort of characterization, with names and terminology whizzing around in the first hour, descending into an extensive cat-and-mouse rhythm for the second half.

Where Villeneuve most impresses is his enhancement of the villainous Harkkonens. Herbert himself seemed disinterested in his baddies, while Lynch makes them look like denizens of Oz after a nuclear explosion. The scope of this Dune also feels massive, requiring a continuation for this standalone prologue to make any real sense of generating any kind of impact. Like David Lean making a sci-fi soap opera, the technical feats are exemplary. A score from Hans Zimmer and cinematography by Greig Fraser are insistently dark, sometimes almost too muted, and if there are any visual complaints, there’s a lack of grandeur (the worms, for instance, though impressive, aren’t yet presented as equals to Carlo Rambaldi’s creations from 1984).

While Villeneuve and his co-writers do their best to dance around a whole slew of characters, there’s little characterization for its main protagonist, Paul, and Chalamet, though more appropriately cast than Kyle MachLachan was, is backed into a monotonous corner. Stellan Skarsgard and David Dastmalchian (Harkkonen’s Mentat, characters who are, more or less, human computers) are both effectively creepy, with Rampling doing what she does best as a withering, imperious forcefield all her own. Rebecca Ferguson and Oscar Isaac are appropriately anxious, but a myriad of other characters require more screen time to make any sort of sense, like Stephen McKinley Henderson, Josh Brolin, Dave Bautista, Javier Bardem, and Jason Momoa. However, kudos to Villeneuve for exciting cast choices all around, including Sharon Duncan-Brewster as Liet Kynes and Chen Chang as Dr. Yueh (who were played by Max Von Sydow and Dean Stockell, respectively).

If there’s any rubric for which to approach Villeneuve’s Dune, it’s to recognize this is an extremely ambitious approach to bringing Frank Herbert’s novel to life, requiring a continuation to a major film event which ends with its own justification of being ‘just.a beginning.’