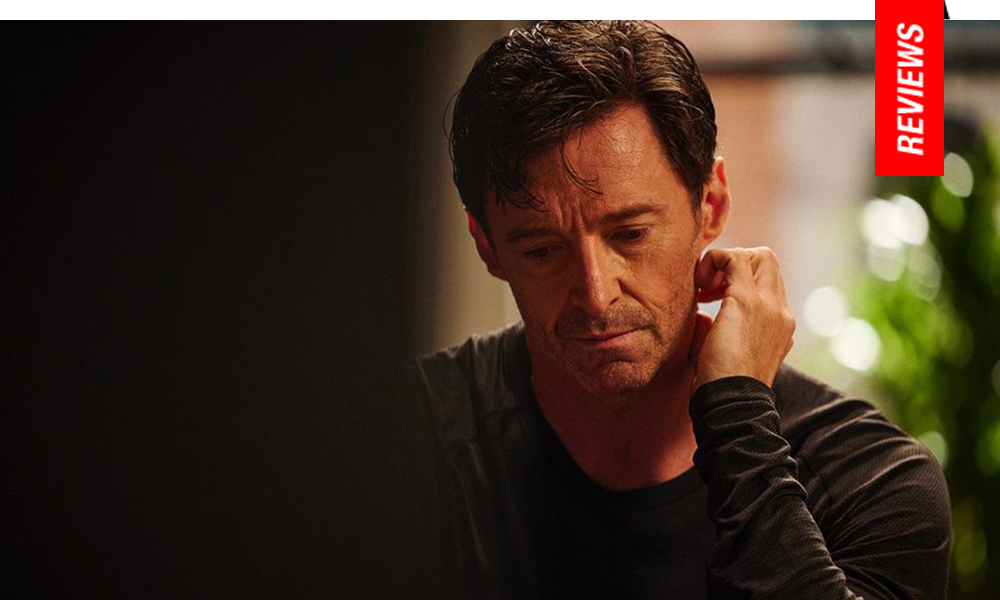 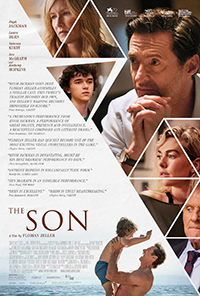 The highly revered and internationally renowned playwright Florian Zeller has a formidable talent for unpacking the significant despair often lurking beneath the banal facade of the nuclear family. He’s built a heady career off of this ability to uncomfortably pull at those sometimes imperceptible frays which, once teased, unravel uncomfortably into despair. With his celebrated familial trilogy performed all over the globe, and having adapted The Father (2020) for his directorial debut to great acclaim, Zeller continues with The Son, once again utilizing Christopher Hampton for the adapted script.

Relocating the play from France to New York, the divorced and well-heeled parents of a depressed teenager are thrown into turmoil followed by their bungled grappling with assisting him. But Zeller’s astute ear for dialogue hasn’t translated as seamlessly for his sophomore film, despite some sterling work from his seasoned cast members (including a cameo for Anthony Hopkins, who won a Best Actor Academy Award for his last stint with the director) and a hollow tone of contrivance nags this emotional tragedy specifically defined by and calibrated for an ennui fostered and fed as much by privilege as the universal dysfunction of psychological familial issues it examines.

Peter’s (Hugh Jackman) life and career appear to be flourishing. Having recently fathered a newborn with his wife Beth (Vanessa Kirby), he’s about to seize a dream opportunity to head a political campaign in the upcoming primaries, which most likely means a temporary move from New York to Washington, D.C. But his ex-wife Kate (Laura Dern) suddenly shows up at his home, worried and scared for their seventeen-year-old son, Nicholas (Zen McGrath), who has not attended school for the last three months. After speaking with his son, who cannot seem to properly articulate what the issue is, Nicholas moves in with Peter and Beth, though they don’t really have room to properly accommodate him. Peter notices Nicholas has been cutting himself, which furthers the guilt he has for leaving him behind in a divorce which wasn’t smooth, seeing as Kate still harbors feelings for him. Initially, the change of scenery and a new school seems good for Nicholas, and it allows Peter to enjoy feeling like he is seizing the opportunity to be a good father, unlike the similar neglect he’d experienced at the hands of his own dad (Anthony Hopkins). When it appears Nicholas is up to the same tricks, a suicide attempt sends Peter and Kate reeling, unsure of what they’re doing wrong and how they need to move forward in properly addressing their son’s depression.

Jackman’s Peter is cut from a similar sentimental cloth as a character like Gene Hackman’s Royal Tenenbaum. “Can’t someone be a shit their whole life and try to repair the damage?,” could have been an utterance had Zeller been prone to black comedy, but a claustrophobic discomfort born out of earnestness seems to be his skillset. Whereas this worked magnificently for The Father, there’s a lot more room for the bacteria of critique to flourish in The Son.

One welcome expansion from the stage play adds some playful ambiguity for Peter, who is, in essence, the son whose own adolescent baggage is the Achilles’ heel which inhibits him from being able to do the right thing and take himself out of the equation. Hopkins walks away with the best moment in this additional scene, whose advice to Peter is to get over himself, and reconcile with the past (though not in so many forgiving words). It dawns on Peter that, like a Greek tragedy, he has walked into a fated role he’d committed to avoiding.

Zeller’s scenario is, at its core, psychologically astute, navigating intergenerational cycles and fluctuations, where demeaned children forced to care for themselves grow into overindulgent parents to their own children, vowing to give them all the opportunities they never had. Nicholas is the typical product of this kind of environment, with productive, successful, elitist parents who neglect the most basic functions of parenting (hence both of them seemingly being completely inept at following up with their son’s progress at two different schools). Jackson courts the kind of emotional territory which some might find heartbreaking to witness, and his performance is perfectly attenuated to the material.

Jackman’s scenes with Dern’s Kate, whose past sabotage and eternal flame for her ex-husband is always glancing behind her expression, are accomplished, assured and troubling, while Kirby is customarily enjoyable as the only adult who can really see Nicholas’ pain. A moment of levity with Peter, Beth and Nicholas dancing to Tom Jones feels uncomfortably hollow, and it’s a transitional segue in the film’s use of Nicholas. Unfortunately, Zeller is much less adept at directing Zen McGrath’s angst-ridden teen, his dialogue pouring out of the young performer monotonously. An emotional spectacle of fireworks which is supposed to transpire between his parents and the physician (Hugh Quarshie) who insists Nicholas remain admitted in the psych ward fizzles out disastrously, and this sequence, like others centered on Nicholas, slip into an after school special energy on teen depression and suicide.

Behind the scenes, Zeller returns to work with DP Ben Smithard, who has less room for innovative visual display as he did in The Father, while Hans Zimmer supplies a score which highlights the discrepancy between the film’s authentic moments and its hollow ones. Though the overarching themes are universal, Zeller’s blind spot is addressing how Nicholas’ privileged upbringing was also the formula of his downfall. While the empathy this character and situation generates is inherent, the film version of The Son has the tendency to feel affected, estranging us from the character who, as collateral damage thanks to the selfishness of his parents, should leave a lasting impression instead of seeming like a logical conclusion.

Reviewed on September 7th at the 2022 Venice Film Festival – In Competition. 124 Mins