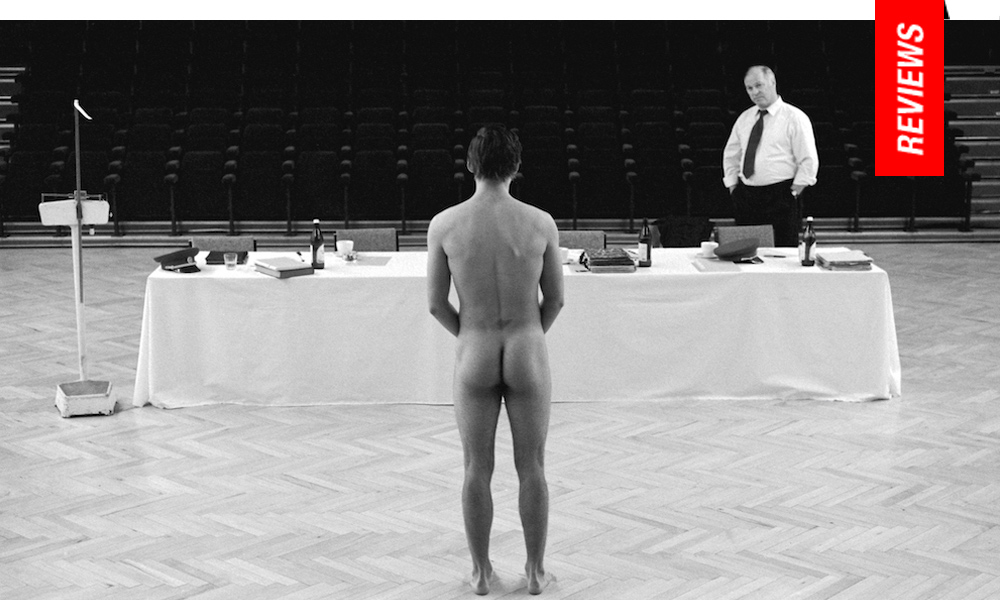 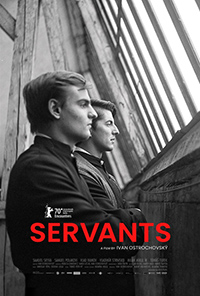 For his sophomore narrative feature, Slovak director Ivan Ostrochovský recuperates a uniquely chilling scenario from a troubled chapter from the Czech Republic’s past, particularly with the intertwined political manifestations of Communism and Catholicism in the wryly titled Servants. A stark, austere reenactment of seminary students caught in a catch-22 in 1980 Czechoslovakia, Ostrochovský mines a familiar sounding scenario of corrupted authorities vying for control in a period piece which often takes on shades of a film noir. Poetically photographed and tinged by dueling metaphors of the sacred and profane, the narrative eschews explication on its finer historical points and instead proves to be an introduction to the thrashing tail end of a troubled historical era which can be utilized as a conversation piece for its historical recuperation as well as its relationship to continually shifting unrest and unease.

In 1980 totalitarian Czechoslovakia, Michal (Samuel Polakovic) and Juraj (Samuel Skyva) are students at a seminary school, their teachers upholding the ideals of the Communist Party. But the winds of change from a new Pope have called for a scourge of political ideation, a separation of the church from such factions. Someone has been writing messages and disseminating pamphlets which fly in the face of such teachings, and the school officials scramble to discover who, or else face the impending closure of the seminary. The writing, however, is literally on the wall for the fate awaiting them in the not so distant future, while the secret police wiggle their way into the equation. But working with the secret police seems to be merely the other side of a double-edged sword.

Once upon a time, however briefly, the notion of totalitarianism in the West seemed a dark fairy tale, closed historical chapters from dueling world powers, united, however uneasily, by globalization. But behaviors and situations never dealt with properly seem to lie dormant rather than die, and Servants is perhaps most chilling thanks to a certain inescapable timeless quality, despite being set specifically in 1980. Facades and faces comingle in extravagantly shot frames from Juraj Chlpik, which demonstrates the powerful remnants of symbols vs. the reality of the flesh’s mortality. At times, it is reminiscent of another dark Czech period piece focusing on 1973 serial killer Olga Hepnarova in I, Olga (1973) which uses a velvety black and white palette to present the soul-crushing powers of social isolation and yet speaks to the present as much as it does the past.

Noted Romanian actor Vlad Ivanov, as usual, is a standout amongst the cast as a Doctor Ivan, who, despite his meddling is himself being torn asunder from the inside out as a rash consumes his body. Meanwhile, the narrative’s focus on the students portrayed by Samuel Skyva and Samuel Polakovic could as easily have been the subjects of a pulpy political thriller, weighing their options as they’re caught between deciding on the lesser of two evils.

In many respects, this is the subtle version (by far) of something like those Ursuline nuns and Urban Grandier in Aldous Huxley’s The Devils of Loudon (1952), where repressed desire and church hypocrisy eventually become the elements which topple the hierarchy. Much of the dialogue exchanged between the church officials ends up being bitchily entertaining. “We’re not here to be happy!” it’s declared when trying to deduce which innocent flower is the serpent under’t.

It would help to know something of the Pacem in Terris, the state-sponsored priests’ association in practice from 1971 to 1989, a papal encyclical originally issued by Pope John XXIII in 1963 (his final “Easter Gift”) which simply borrowed the name and overarching themes (ironically, as the title suggests, embracing peace on earth and friendship between nations) and eventually became problematic when communism (as it was deemed members of the church should not be affiliated with a political party) became a target—which led to the Velvet Revolution in 1989 and the collapse of this association, etc. Again, Servants does not aim to provide a comprehensive historical portrait of the events which led to this scenario in 1980, and ends on a note where most narratives tend to begin, in the murky entrails of a continuing nightmare… “Don’t tell anyone.”