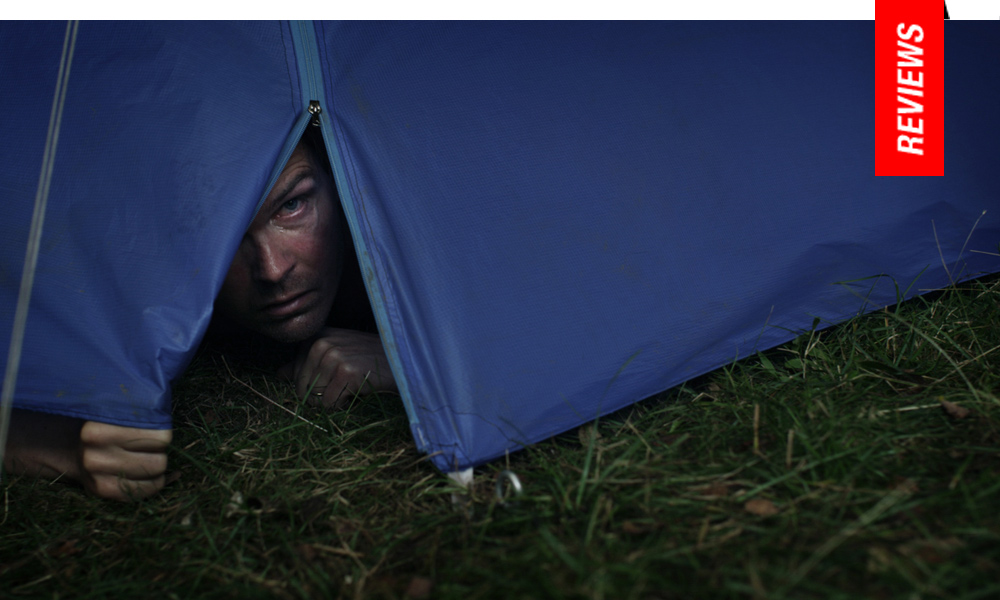 It’s All About Love: Nyholm Returns with Absurdist Allegory on Relationships 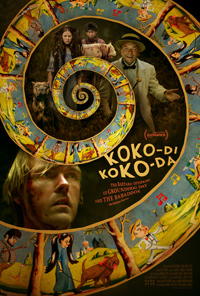 If Groundhog Day (1993), the well-liked Bill Murray title about a weatherman who is forced to relive one particular day over and over again, had eschewed romantic comedy tropes and instead focused on a marital crisis in the wake of a dead child it might have resembled something akin to Johannes Nyholm’s sophomore effort, the Swedish-Danish co-production Koko-di Koko-da, thus named for the frivolous lyrics of a children’s nursery rhyme. Then again, it might not, seeing as Nyholm’s effort plays like an art-house fever dream whose metaphors about the significant difficulties of communication in any relationship are fodder for recurring nightmare material.

Tobias (Leif Edlund Johansson) and Elin (Ylva Gallon) have been struggling for the past three years after the death of their preadolescent daughter. Knowing they must do something to repair their failing relationship, they make an ill-planned camping trip into the woods. However, they’re accosted by a creepy sideshow artist named Mog and his two cohorts, a brutish man and an impish woman who are tending to both a live and dead canine. As the couple are humiliated and then brutally maimed by the trio, the scenario ends, only to find Tobias snap awake at the exact same moment Elin needs to leave the tent to urinate. Scrabbling to escape, his efforts are thwarted and thus the cycle begins and ends again and again until, slowly, husband and wife begin to realize they need to work and communicate together.

From Bill Murray to the wretched blonde harpy at the center of the recent Blumhouse offering Happy Death Day (2017), protagonists in these cinematic scenarios always learn a little bit more after each sashay through their re-lived experiences. It becomes clear, three years after the unexpected death of their daughter (the film’s best and most unexpected bit), Tobias and Elin have become emotionally estranged from one another, their trip into the woods a feeble attempt to reconnect. Hinging on Elin’s need to pee in the wee hours of the morning, followed by the presence of a white cat (cue Alice in Wonderland-ish vibes), Tobias gradually exhausts his perspective attempting to escape the brutal inevitability of their scenario until a drastic switch takes place and suddenly Nyholm treats us to some new bits of info gleaned from Elin’s viewpoint.

As creepy as the initial trio of Mog (which would have been a delightful opportunity to cast Udo Kier) and his two weirdo assistants initially are, the more we see them, the less terrifying they become. The film instead becomes a torturous exercise on how humiliation and imminent death allow for one couple to escape their fog of grief to rediscover their need for one another. Unfortunately, most people would only get one opportunity, if that, to grasp such an epiphany before it’s too late. Some will likely find Nyholm’s closing moments necessary to explain the baffling cruelty he exacts upon Tobias and Elin, but really, all this adds up to is an example of torture-porn slapstick—and we already have Who’s Afraid of Virginia Woolf?