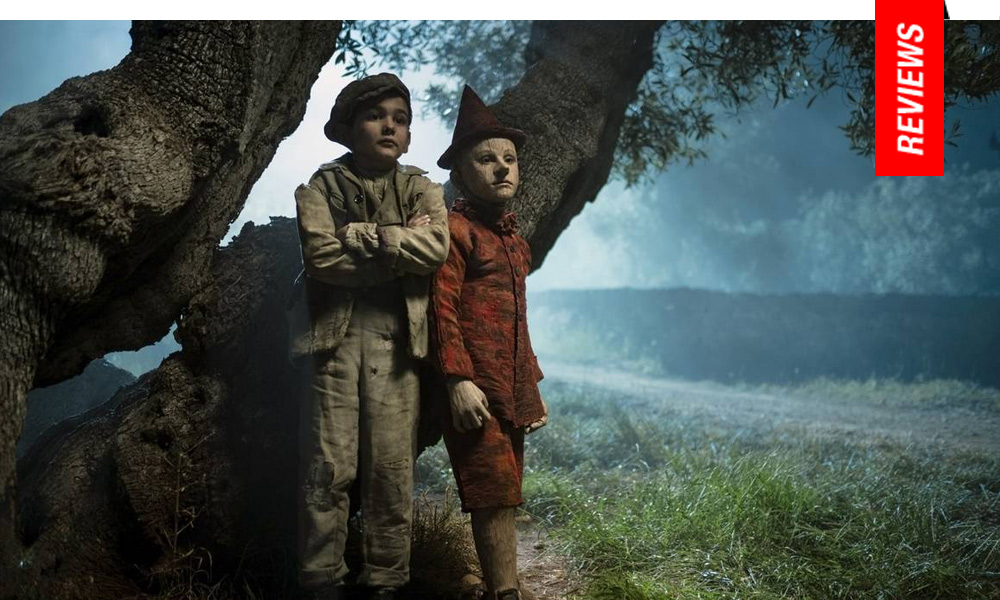 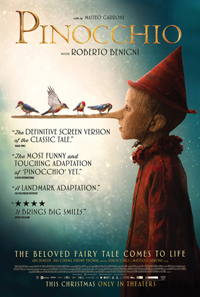 Sometime over the past century, the cinematic conception of the fairy tale has enabled a movement of aggressively neutered classic short form pieces of folklore into the contemporary understanding of what constitutes ‘family friendly fare,’ scrubbing out or watering down the oft-graphic violence and trauma which initially gilded fanciful narratives usually crafted for the entertainment of children. With the meteoric rise and eventual stranglehold of Disney, the studio’s classic cartoon renditions of many fairy tales (and the onslaught of their live action remakes) have often successfully eroded original tales to replace their template. One of many such cases is their 1940 animated version of Pinocchio, which tends to make the morbid trials faced by its titular puppet, whose only desire is to become a real boy, a bit less uncomfortable in human form.

Written as a serial in the 1880s by Carlo Collodi, it’s a seminal Italian classic, which seems a perfect fit for live action resurrection at the hands of Matteo Garrone (another English language version from Robert Zemeckis has already been announced, natch). But who is a revamp of Collodi really intended for, at least in an exercise which is neither patronizing nor pandering? Unfortunately, Garrone gets bogged down by the overriding special effects artifice in a film which is beautiful, sleek and nostalgia tinged but fails to conjure the necessary emotional component which made one hard-headed puppet’s journey initially so timeless.

Geppetto (Roberto Benigni), a poor Italian carpenter, is suddenly inspired to make his own wooden puppet when Mangiafucco’s (Gigi Prioetti) puppet theater comes to town. Seeking to buy a piece of wood to hew his new idea from Mister Cherry (Paolo Graziosi), he’s gifted with a log which seems to be alive. As he begins to whittle away at the wood, Geppetto discovers it is a sentient being. He christens his creation Pinocchio and announces him to the world as his son. But Pinocchio is prone to troublemaking, despite the light interventions of the wizened cricket who lives in Geppetto’s attic. Skipping school to peek at the puppet theater, Pinocchio is abducted, leading his maker to embark on an impossible journey to find him as the newly minted being meets a variety of characters, both helpful and harmful, as he decides his one true wish is to become a real boy.

In short, Garrone’s Pinocchio is itself a dense piece of wood requiring a bit of whittling away. At two hours and five minutes, there’s unfortunately a lot of dead weight betwixt Pinocchio’s various adventures. But what’s worse is how Garrone never manages to make his titular tot likeable. As portrayed by Federico Ielapi (albeit under his prosthetics), he’s a squirrely, aggravating delinquent and the script from Garrone and Massimo Ceccerini forgets to make room for any moments which allow him to be charming, interesting or endearing. In fact, the film labors itself over various sinister actions with a coterie of characters, spending so much time on the con artists Cat and Wolf (Rocco Papaleo and Ceccerini) it fails to carve out enough time to make sense for Pinocchio’s moral compasses, such as the ornery cricket (here who looks more like a slug and not far off from the little green men in Spaced Invaders, 1990) or the mystical Blue Fairy, played in adult form by Marine Vacth, who is well cast as a willowy, graceful beauty but sans the enchantment.

A saving grace of the film, beyond the fantastic production design by Dimitri Capuani and the cinematography by Nicolai Bruel, is Roberto Benigni’s forlorn Geppetto, whose scenes with Pinocchio are the few which seem to light the spark for Garrone’s vision—but he also feels underutilized, disappearing for most of the film to reappear in the film’s stronger third act. The film’s mise en scene and attempted energy aligns with something like Guillermo Del Toro’s 2006 hit Pan’s Labyrinth (a director who also has been trying to mount his own Collodi adaptation) but there’s simply no emotional component whatsoever to Garrone’s film. Steven Spielberg’s A.I. (2001), which reconfigured Collodi for a futuristic robot version of the famed tale, was able to capture its lead character’s poignant yearning to be made real, but it’s barely a conversation in Garrone’s version (Spielberg also made his Blue Fairy into a mecca, her dialogue an omniscient voice, with more empathy in her limited screen time than the entirety of this exercise).

Garrone seems an apt successor for such material, which furthers the disappointment. One only need revisit his 2015 Tale of Tales (read review), which featured several of the cast members used here, to realize his capability for fantastic worlds and fanciful characters—but Pinocchio’s journey here plays like the G-rated version of 2019’s The Painted Bird. Instead, Garrone paints Pinocchio in a similar light to several of his past protagonists, often vulnerable characters who struggle with making decisions in their best interests, and dig their heels into commitments with toxic relationships, from the eating-disorder induced girlfriend in First Love (2004), the reality television obsessed fishmonger in Reality (2012) to the cocaine selling dog groomer with the dangerous friend in Dogman (2018), Garrone is interested in characters who seem unable to help themselves. But Pinocchio, despite a hanging and a transformation into a donkey (both of which should be darker or more disturbing considering the film’s ambience), never manages to make any kind of impact because Garrone only leads us to be wowed by the look of and never the essence of a wooden boy who wants to be real.