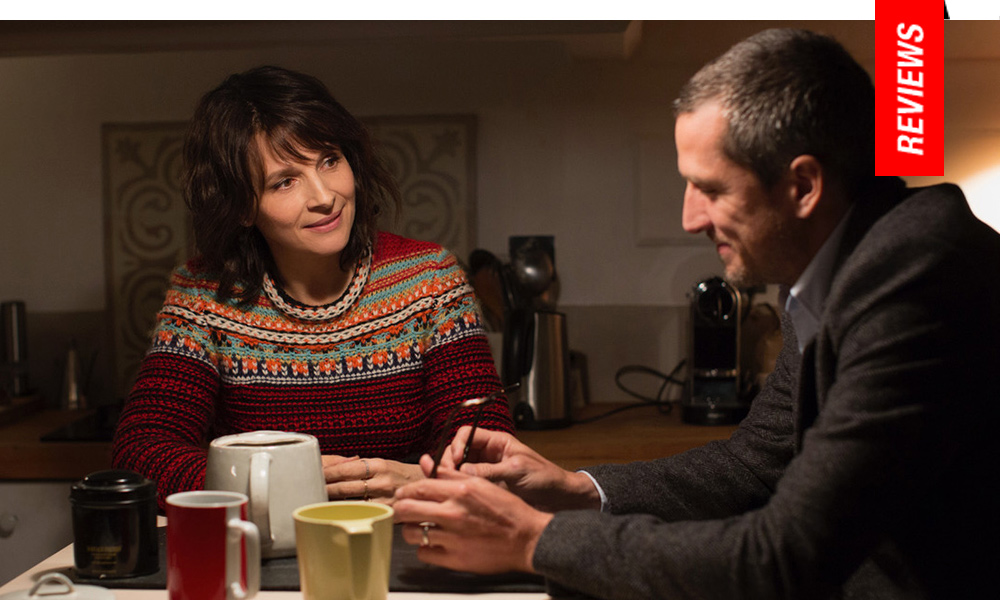 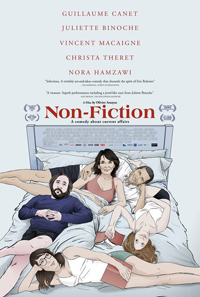 Hardly a stranger to the back room wheeling and dealing of industry, whether it’s the faux porn producers at the heart of Demonlover (2002), high fashion’s supporting players in 2016’s Personal Shopper (which also examines how modern technology dictates our lives) or the internecine fall-out between an actress and her assistant in Clouds of Sils Maria (review), Olivier Assayas applies his interests in publishing with his latest film Non-Fiction. A behind-the-scenes portrait of an industry still struggling to transition between digital and print, Assayas collaborates for the third time with Juliette Binoche (following Summer Hours, 2008 and Sils Maria), starring as a successful television actress as equally uncertain of her future as her publisher husband is of his.

Highly successful book publisher Alain (Guillaume Canet) finds himself struggling with his next big move. As print publications become an increasing anachronism, he decides to forego publishing the latest manuscript of one of his long-time authors, Leonard Spiegel (Vincent Macagaine) and instead consult with a digital transition developer by hiring an ambitious millennial (Christa Theret) to spearhead the endeavor. Meanwhile, his fifteen-year marriage to Selina (Binoche), a successful actress contemplating whether to sign on for a fourth season of a successful cop show “Collusion,” in which she stars as a ‘crisis management expert,’ has begun to grow stale, leading both to either examine recurring or embark on new extra-marital liaisons.

While the title Non-Fiction doesn’t have quite the right ring for Assayas’ latest (its original title E-Book might be more fitting but equally neutered) the French title Doubles Vies (Double Lives) speaks more to the truth of the matter, its characters presenting an exaggerated version of themselves professionally, while privately their realities are much more compounded and drastically fractured.

As in the vein of Summer Hours or the earlier 1998 Late August, Early September, this is a more Noah Baumbach styled ensemble piece, and while Binoche (as effervescent as ever) is certainly a main player, the film belongs just as much to a continually bemused (and increasingly somber) Canet, who enters a reluctant tryst with the plucky and insistent digital transition expert played by Christa Theret (a character Assayas takes pains to give an extra textual dimension by portraying her bisexuality, another straddling of binaries).

Canet compares his role in the publishing world to that of the priest in Bergman’s classic film Winter Light (1963), a man so passionate for his profession he continues to preach to an empty church. Likewise, Pascal Greggory is also on hand as fatigued owner of Canet’s publishing house, a man who wants to go out on a high note despite the dwindling sales of electronic books in a world where art has become synonymous with commerce. Algorithms are more important than critics, and literature produced for the masses (using Nora Roberts of all people, as an example), which used to be called pulp fiction, proves to be the only sure fire bet.

Those accustomed to Vincent Macaigne as the hapless buffoon of contemporary French character actors should appreciate his turn as an oblivious hipster author who exhumes and exaggerates his personal encounters a la Truman Capote to generate his novels (a format which he terms Auto-Fiction). A running joke involving Haneke’s The White Ribbon (2009) proves to be a highly entertaining thread of unexpected innuendo. His interactions with Nora Hamwazi as his oft-affronted wife, whose role working for a politician offers the film another subset of flurried, hyper-loquacious exchanges, are among the most amusing.

Entertaining, and unfolding much like an old-fashioned Sacha Guitry vehicle wherein its flurried, busy-bodied characters finds themselves inextricably enmeshed in topicalities they’ve mistakenly used to create or pervert their own core realities and ideals, Non-Fiction goes down like a sweet blast of bubbly, fading into a rosy glow by its end credits.