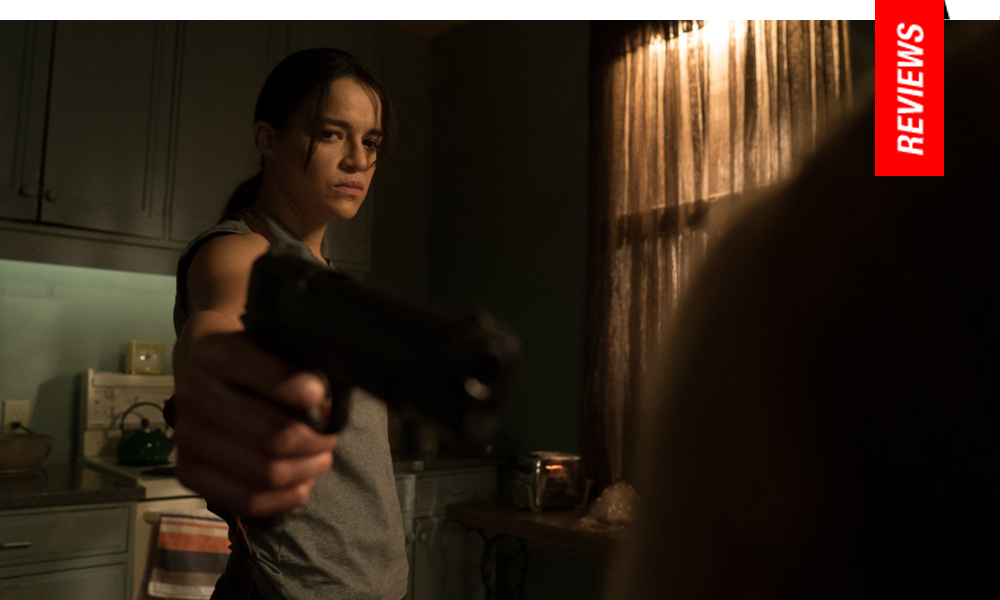 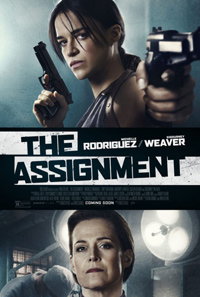 Grindhouse groupies will have something to celebrate with the latest offering from maverick auteur Walter Hill, the simultaneously shameless, trashy, and generously entertaining The Assignment (formerly known as Tomboy, a Revenger’s Tale). During preproduction, the project began drawing ire from culture police dismayed at a logline announcing a narrative concerned with a male assassin who is forced to undergo sex reassignment surgery at the vengeful hands of a perturbed, insane surgeon (a critique not tempered by the casting of queer actress Michelle Rodriguez). Luckily, the ludicrous tone should help alleviate an automatically assumed responsibility (or, the Ru Paul coined ‘responsitrannity,’ rather) for it to be representative of an actual Trans experience.

In present day San Francisco, brilliant but demented surgeon Dr. Rachel Kay (Sigourney Weaver) is being reevaluated by a psychiatrist (Tony Shalhoub) who has been charged with determining if the woman, deemed clinically insane, is now mentally fit to withstand trial. It seems she was found wounded on an operating table with the bodies of several corpses around strewn about in her illegal underground clinic where she frequently experimented on ‘disposable’ people her hired thugs would fetch. The good doctor insists she didn’t murder her bodyguards, which instead was the work of an assassin, Frank Kitchen (Michelle Rodriguez), a man she had taken vengeance on two years prior by drugging him and performing sex reassignment surgery to turn him into a woman. But there’s no record of a man or woman with such a name, and no evidence to suggest anyone else was at the scene of the crime. But as Dr. Kay tells her tale, the odyssey of Frank’s transition, and how it played into the current state of affairs, is revealed.

Those concerned with a cisgender woman portraying a reluctant trans woman (the same audience members, who, by default, must also believe LGBT performers can only portray LGBT characters defined by their representative letter) should note Hill isn’t the first director to formulate a revenge plot around forced sex reassignment, recently explored in Pedro Almodovar’s The Skin I Live In (2011), and with greater complexity by Rainer Werner Fassbinder back in 1978 with In a Year with 13 Moons. Rather, this plot device would seem to belong to a particular subgenre of body horror. But Hill and screenwriter Denis Hamill amp up the camp of both those auteurs with this treatment, which also resembles a plot point of Hill’s underrated 1989 neo noir Johnny Handsome. As evidenced by the comic book swipe transitions Hill recently formulated in a director’s cut of his classic The Warriors (1979), this is clearly supposed to be entertaining pulp, and clearly not as a logical representation of an actual transgender trajectory (as evidenced by a slick and magical surgical transition, reminiscent of vintage Hollywood studio films where marred beauty was always easily restored).

As Frank, Rodriguez is front and center (her most notable leading performance since 2000 breakout Girlfight), voiced with a gruff machismo, and leading the film through a series of flashbacks, involving a swath of vengeful killings which do little to enliven the film with any real energy (likewise, a rather wan supporting turn from Caitlin Gerard as nurse Johnny seems to be on hand merely for a surprise reveal). The formulation of Frank’s punishment is much like the Penelope Cruz character of Don’t Tempt Me (2001), a mobster turned into a woman as part of her punishment while residing in hell. The point of Hill’s film isn’t to degrade or demean, but instead exists on a spectrum depicting and dealing with inherent cultural misogyny—if a punishment worse than death is to exist as a woman, the film underlines the continual problematic notions of gender in a world where men are considered superior (to borrow a snatch from Madonna, “Because you think being a girl is degrading”). The psychological shadings of (re)Assignment aren’t so layered or cerebral as this would suggest, and in many ways the film resembles exploitation cinema in style and tone.

However, what makes The Assignment of automatic note is a deliriously funny performance from a deadpan Sigourney Weaver as the psychotic Dr. Rachel Kay, the actor’s first real turn calibrated specifically for camp. A pretentious and privileged surgeon, she’s interviewed in a straitjacket by physician Tony Shalhoub—why and how she ended up in such a position is revealed through large swaths of exposition, divulged via chewy chunks of mocking banter where Weaver belittles her colleague through literary allusions to Poe and Shakespeare. A generous amount of withering monologues delivered by her unhinged surgeon buoy the film with some priceless comic relief.

On the technical side, DP James Liston manages to make the film look like one of Hill’s 80s action titles (with Canada standing in for San Francisco), while increasingly meticulous intertitles announcing specific times and locations eventually mutates into an exaggerated, ongoing joke. And perhaps best of all is a phenomenal synth score from none other than Giorgio Moroder adding an additional layer of grungy ambience, marking The Assignment as a gem for those who can appreciate bold, retro style spliced with button pushing genre.