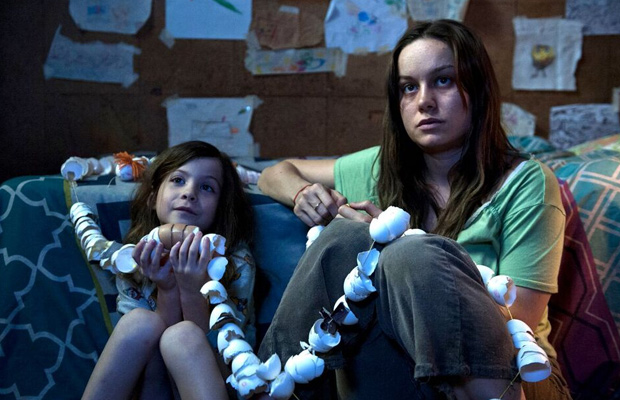 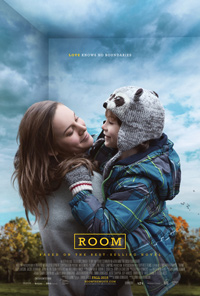 Irish director Lenny Abrahamson continues his trajectory of unpredictable cinematic platforms with his latest film, Room, an adaptation of the bestselling 2010 novel from Emma Donoghue (here adapting her own source text for the screen). Though once again exploring dark psychological undercurrents with characters forced to undergo drastically juxtaposing realities, his latest is a tonally cohesive character study of a ripped-from-the-headlines scenario. Though eventually this cinematic treatment of survivor guilt and parental treatment isn’t quite as audacious as it sets out to be, as more or less related from a child’s perspective, it’s an emotionally resonant piece of work undoubtedly poised for awards glory at the end of the season thanks to its gratifying performances.

Jack (Jacob Tremblay) has just turned five years old and his mother Joy (Brie Larson) decides to bake him a cake. As they engage in their daily routines, we learn they are captives in a 10×10 shed, and little Jack was born into this stunted environment. Seven years ago, Joy was kidnapped by the man they refer to as Old Nick (Sean Bridgers), who visits every night to force Joy into having sex while Jack sleeps in the wardrobe inside the shed. Soundproof and with one skylight with which they are teased with the possibility of a world outside, Joy has done her best to teach her son about the outside world, including on more abstract concepts and notions. And as her son turns five, she decides it’s time to make a plan of escape.

For its first hour, Room’s cramped quarters provide ample space for incredibly attenuated performances from Larson and newcomer Jacob Tremblay as mother and son. Logical frustrations and unique stressors to their circumstances rule their hours and days and author Emma Donoghue has been to transfer the success of her written universe into an equally persuasive visual context (though the perspective of Jack is slightly hampered by the eventual necessity of expanding the frame).

This is the type of vehicle for an actress that usually equates to awards glory and it will most likely be a jumping off point for the talented Larson (seen earlier this year as Amy Schumer’s sister in Trainwreck), though it’s her interplay with Tremblay’s sensitive presence inspiring the film’s most indelible moments.

Following a superb and tensely administered escape sequence, Room leaps into more emotionally troubled waters, and Joy’s degradation takes a back seat to Jack’s first experiences to the outside world. The selfishness of others, including the desires of her parents, now divorced (a callous William H. Macy and a lovely Joan Allen) takes an immediate toll on mother and child. The sensational aspects of their story are mostly kept to the periphery, like the hounding journalists on the lawn, though the inclusion of one interview (it’s hinted that this is a necessary evil due to the funds needed for the family to readjust) feels like a not-so-subtle potshot at a young woman who was a merely a teenager sexually abused for the better part of a decade.

Inspired by the 2008 Josef Fritzl case, an Austrian man who kept his daughter locked in a basement for several decades and sired children with her, Donoghue’s take looks and sounds more homegrown than its salacious origins (though the US is not at a lack of its own sordid instances just like this). As told from the perspective of the survivor, Room is a unique exploration of hope under extraordinarily dire circumstances, but there’s nothing very daring about this material (a surprise considering Abrahmason’s ill-fitting but ambitious attempt to meld black comedy with a bleak portrait of mental instability in Frank, 2014).

Several years ago, Austrian casting director Markus Schleinzer made his directorial debut with Michael (2011), told from the perspective of a man who locks up a young boy in his modified basement. Taboo, provocative, and woefully unappealing, it remains an interesting counterpoint to something like Room, which grapples with the wide-reaching effects of such a consuming nightmare. But as a tale of a mother doing her best to protect and educate her son all while maintaining a semblance of innocence, Abrahamson presents a graciously well-made and gratifying film.