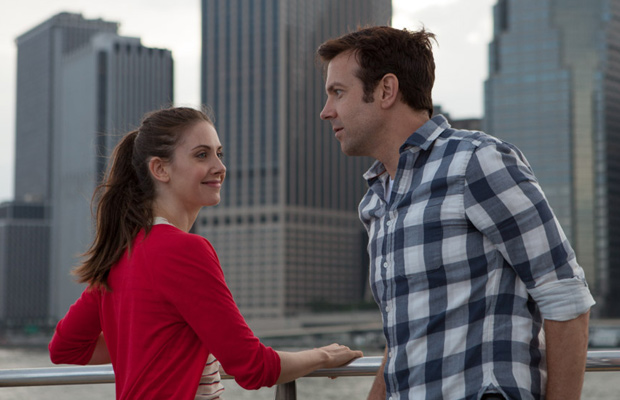 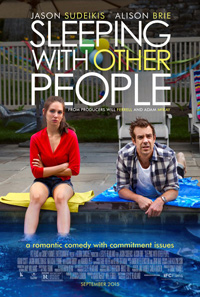 One of the most acerbically hilarious new voices in the American indie world is writer/director Leslye Headland, whose dark hearted 2012 directorial debut Bachelorette was a jagged counterpoint to the unoffending female comedy fantasies, something like Bridesmaids but more uneasily wicked. After writing 2014’s remake of About Last Night, she’s back with her sophomore effort, Sleeping with Other People, a romcom that borrows a bit heavily from When Harry Met Sally.

At times funny and sincere in its depiction of modern heterosexual romantic entanglements, Headland’s latest also becomes a bit too self-aware of its own conventions, and instead of reinventing them, sadly becomes a willing victim to its own fantastic monstrousness. Described playfully by the director as a ‘love grenade’ at the film’s premiere, Headland may very well launch bombs at formulaic interpretations of love, sex, and the whole damn thing, but her creation unfortunately coagulates into the same type of self-serving love drool. Entertaining, but also disappointing considering Headland’s previous fearlessness, it’s a film difficult to rail against but as equally flaccid to rave about.

Opening in 2002 at Columbia University, collegiates Lainey (Alison Brie) and Jake (Jason Sudeikis) lose their virginity to one another on a rooftop. Over a decade later, they meet by chance at a self-help meeting for ‘sex and love’ addicts, of which Lainey’s therapist concludes she suffers from the latter. It turns out, Jake never really got over Lainey, hence his problems with monogamy ever since. Meanwhile, Lainey’s stuck on her married gynaecologist lover (Adam Scott), who is about to have a kid with his fiancée (Katherine Waterston). Jake and Lainey decided to go on a date, but agree to remain friends, albeit ones supposedly very attracted to one another (their code word is ‘mousetrap’ for whenever conversations get too hot and heavy). Of course, this gets tested with extreme temptations, like when Jake teaches Lainey how to properly masturbate with a mason jar. Eventually, they discover that, maybe, just maybe, theirs is an attraction worth taking to the next level.

Even at a mere hour and a half, Headland’s constant delay of the inevitable invites a distinct tediousness to the adventures of Lainey and Jake. It’s generally refreshing to find adult characters behaving and interacting like modern adults, but often, Jake and Lainey are only really defined by their sexual proclivities—nothing else seems real about them, not even their attraction to each other, as played by attractive actors like Sudeikis and Brie.

Headland tries to throw us off continually, like with Brie’s grating attraction to an underutilized Adam Scott (looking like the gyno version of Freud) and Sudeikis in an utterly useless subplot with Amanda Peet. Other stock characters float in and out, like Natasha Lyonne’s sassy and crass lesbian best bud gal pal, or the married couple friends with Sudeikis (Jason Mantzoukas and Andrea Savage), all people that say the perfect witty thing at the perfectly right time. Lainey teaches kids to dance while she trips on ecstasy—Jake has an unlikely experience at the police station that’s an homage to The Graduate.

All these whirling, increasingly staged scenes manage to do us alienate us from the very fragile depiction of what Headland set out to convey in the first place, and she ends up doing exactly what everyone else does, albeit from the back door, distracting the audience from that fact that whatever that feeling is that two people agree to describe as ‘love’ for one another, ‘it’ seems generally banal to the observation of others.