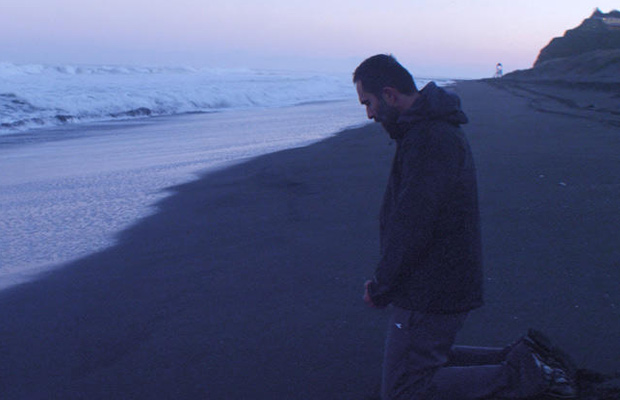 Living Under Your Spotlight: Larrain Paints it Black with Catholic Crisis Comedy 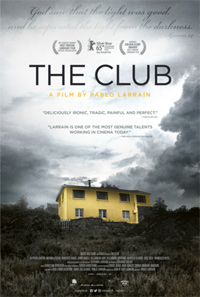 For his first film following the finale of his narrative trilogy documenting the virulence of the Pinochet dictatorship (Tony Manero; Post Mortem; No), Chilean auteur Pablo Larrain returns with a macabre tale of sacerdotal infringements within the Catholic Church in the ludicrous, perverse, and vibrantly entertaining The Club. Starring his usual collaborator, Alfredo Castro, Larrain, along with screenwriters Daniel Villalobos and Guillermo Calderon (2011’s Violeta Went to Heaven) concoct a bizarre tale concerning a cloister of ex-Catholic priests holed up within the confines of an isolated seaside monastery. Relocated out of circulation as punishment by the church, the disparate men languish in all the comforts of an unassuming retirement home community on the church’s dime.

On the coastal extremity of Chile, four men (Alfredo Castro; Jaime Vadell; Alejandro Goic; Alejandro Sieveking) reside together in a home under the watch of the friendly Sister Monica (Antonia Zegers). We learn these men were once priests thanks to the addition of a new member of their clan, Father Lazcano (Jose Soza). But before Lazcano can even check into his room, introductions are interrupted by a stranger shouting obscenities about being molested by the Father. The new member of the club promptly commits suicide, instigating an investigation from Father Garcia (Marcelo Alonso), indicating the church may be looking for a reason to close down the convalescent home.

Filmed with the quiet magnitude of a chamber piece, Larrain’s regular DoP Sergio Armstrong cloaks this coastal set locale in a cloak of ever present fogginess, these men drifting idly through it, like shadows. Initially, all of these men appear quite normal, seen playing with the communal dog on the beach before gambling at the local racetrack. What a surprise to learn they’re a motley crew of varied criminals, ranging from baby snatchers to garden variety pedophiles, siphoned off by the church to a group home rather than relocated to another parish. If the men eventually seem a bit out of touch, a delightful Antonia Zegers (also a regular Larrain player) as the nun meant to watch over them is deliciously nutty, doing her best to distract the interrogations of Father Garcia, the church representative threatening to annihilate their cozy idyll. As usual in Larrain’s remonstrations, despicable bouts of violence are never far from reach, and The Club descends into a surprising bout of madness, where, as per usual, innocent creatures take the brunt of punishment thanks to social transgressions.

Castro, who portrayed the terrifying titular character in Tony Manero (and more sympathetic turns in the other Pinochet films) stands out as a bemused ex-pedophile, who matter-of-factly asserts homosexuality helped broaden his sexual horizons to the grown victim of Father Lazcano’s, a man who keeps hovering around the priests’ sanctuary. Paired with the church’s handling of its own lost boys, we get Larrain’s point that despite imploring the opposite, the religious entity is rather pragmatic in its understanding of mankind’s base tendencies and that allowances are secretly and insidiously made for privileged insiders.