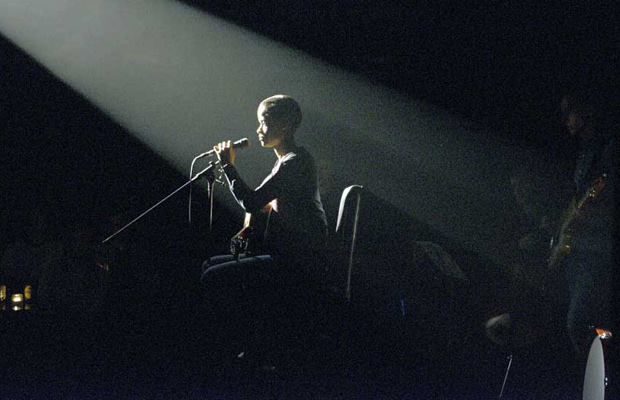 Can a Song Save Your Life?: Caton-Jones’ Modest Return to Filmmaking 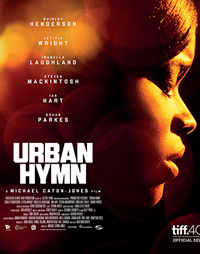 Scottish film director Michael Caton-Jones had a very prolific filmography in the 1990s thanks to films like Memphis Belle (1990), Rob Roy (1995), and The Jackal (1997). It’s been nearly a decade since he’s tackled a feature film, following the dismally received Basic Instinct 2 in 2006. He’s returned to the UK for Urban Hymn, a modest character study set against the 2011 North London riots. Emotionally effective and featuring a trio of genuinely unfussy performances, the familiar trajectory too often settles for superficial examinations of its characters, hobbling them of the necessary interiority to make them more than one-dimensional archetypes. Despite this, those appreciative of feel-good narratives should take note considering the effortless dynamic of its leading actors.

Jamie (Laetitia Wright) and Leanne (Isabelle Laughland) are two disenfranchised young women in their late teens, orphans with violent histories relegated to being wards of the state until they’re eighteen. Leanne is clearly the more troubled of the two, and the girls project an uneasy symbiotic relationship as they show little regard for the consequences of their actions. Residing at the state home Alpha House, they are unimpressed with new care worker Kate Linton (Shirley Henderson), a woman with emotional scars of her own. Kate takes an immediate interest in Jamie, offering to be assigned her case when the previous care worker gives up. She begins to foster the girl’s talent for singing, coaxing her into joining a local choir in which Kate partakes. However, Leanne cannot stand to have anyone come between her and her only trusted friend.

There’s an abruptness to Urban Hymn concerning the construction of its characters, with several supposedly detrimental moments transpiring too easily when they should be hard-won. It’s not long into the running time before we’re able to quickly deduce where all this is headed with a paint-by-the-numbers explanation for everyone’s motivations. For instance, it’s not hard to guess why Kate so fortuitously dives headlong into her new occupation, introduced to us as having left a much more lucrative career, while home-life sees her swilling wine and gnashing her teeth at her barely present husband played by notable character actor Steven Mackintosh. When Henderson isn’t saddled with these platitudes, she gives quite the affecting performance as a grieving mother turned care worker, another instance of working class miseries she’s astutely portrayed in fare like “Southcliffe” and Michael Winterbottom’s Everyday. She’s one of the UK’s most consistently underrated actresses, and shares great chemistry with co-star Letitia Wright.

We’ve seen a number of these musically inclined rags-to-riches type tales come out of the UK, and there’s a fantastic quality to Urban Hymn that makes it comparable to ‘discovery’ narratives like Little Voice (1998) or One Chance (2013), whereby musical attributes sometimes mask the lack of character fine-tuning.

While Wright is a winning performer, her Jamie Harrison is shown through the usual round of disenfranchised characters perilously enclosed in a disinterested judicial system, her musical opportunities more along the lines of something like those afforded the heroine of Theodore Dreiser’s Sister Carrie mixed with the urban social drama aesthetics of recent titles like the 2015 Cannes premiered Standing Tall from Emmanuel Bercot (Isabella Laughland, who played a character named Leanne in several Harry Potter films, is clearly not meant to be liked, and yet she inspires a more realistic, hard-won empathy).

In comparison to an earlier tale of adolescent woe from Caton-Jones, the exceptional 1992 film This Boy’s Life, Urban Hymn doesn’t seem to move far beyond the usual approximations of these scenarios. Scripted by Nick Moorcroft (of the popular St. Trinian’s comedies), the scenario goes to great lengths to retain a gritty degree of tragedy (including an illogical and unnecessary denouement), unsuccessfully bulking the running time to miraculously wrap up all the loose ends Jamie can’t effectively fix herself.