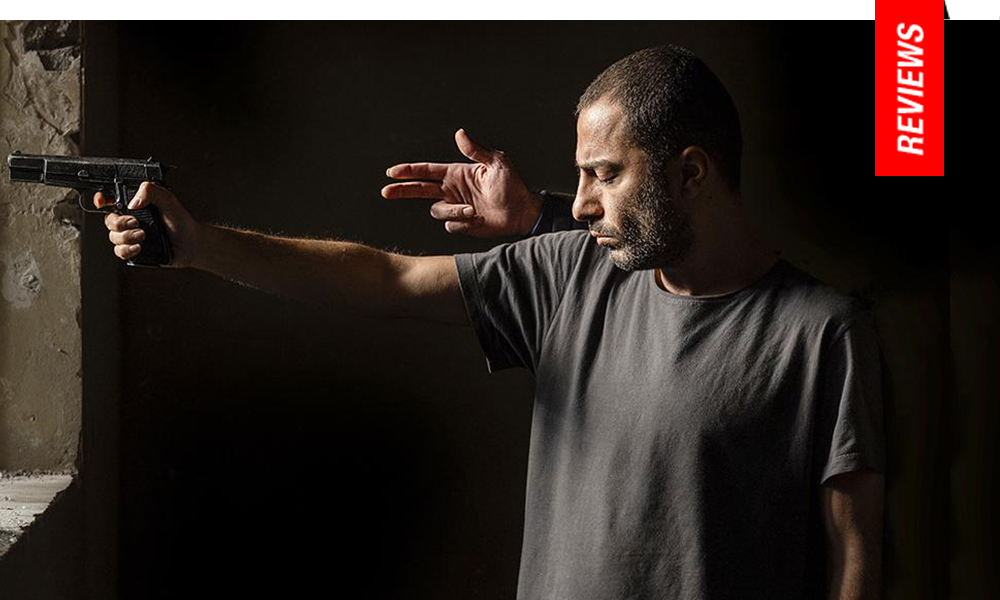 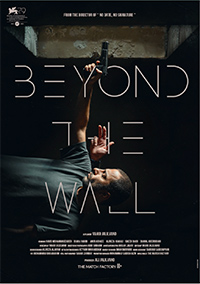 To crib from (of all people) Margaret Thatcher, no one would remember the Good Samaritan saga at the heart of Vahid Jalilvand’s Beyond the Wall if it weren’t for a B-grade histrionic twist intended to elevate its narrative cachet. In Persian, the original title technically translates to Night, Interior, Wall, a much more poetic approach to this histrionic tale about a recently blinded driver confronted with protecting a desperate woman eluding the police.

Initially, the extended build up revolves around two lost souls abandoned by the world, it would seem, with a main protagonist attempting to seek some sort of solace or salvation through a good, apparently altruistic deed. A sensory overload of auditory stimulation numbs its audience into sharing their terror by proxy effectively enough, but the constant fits and starts, taking place almost entirely in one downtrodden apartment, result in a blaring, shrill monotony. Kudos for Jalilvand for twisting his third act surprise into the utter hilt, but the narrative landing crashes into a blazing inferno of camp, a woman’s stentorian battle cry of rage and anguish while vaulting through manicured Iranian fields generating, at the very least, a comic respite.

Ali (Navid Mohammadzadeh), whose loss of vision is now almost complete, is in the middle of ending his life when law enforcement converges upon his large apartment complex. It seems a woman has escaped detainment, and locating her is a matter of urgency. While Ali was distracted in his significant misery, Leila (Diana Habibi, making her screen debut), slipped in through the unlocked entrance to his fire escape. Using a recording device, he confirms her presence the next morning when he plays the audio of a frantic phone call she’d made in the middle of the night. He’s able to piece together Leila is looking for her son, who has Down Syndrome. They were separated the day prior during a worker’s protest outside the factory where she works, chaos and violence resulting in the death of a law enforcement official, which the authorities believe she is responsible for. As the two of them commiserate, constant interruptions by the building’s concierge, a kindly physician, and a task force searching for Leila keeps them on edge. Slowly, it’s revealed there’s something more complicated going on relating to Ali, Leila, and mysterious letters he keeps receiving from a woman indebted to him from the past.

Jalilvand’s previous feature, No Date, No Signature (2017) also explored how accidents and tragedy unite characters who are reflections of an opposing reality. Such lines, like Ali’s vision, are more inherently blurred in Beyond the Wall, but more out of necessity in satisfying the trick up the director’s sleeve than as an expression of any kind of cultural critique or subtextual ambiguity. The narrative begins in anguish, as Ali attempts to commit suicide by self-asphyxiation, interrupted by an insistent pounding at his from door. It is the beginning of the film’s incessantly noisy soundtrack of jarring noises and shrill voices, meant as conveyances into the past trauma which has united both characters trapped indefinitely in an apartment.

Navid Mohammadzadeh, who appeared in Jalilvand’s previous film (as well as this year’s Cannes competition title, Leila’s Brothers), appears physically transformed for his role as a man losing his vision, and it’s a pity his level of commitment is wasted on such hokum. Diana Habibi, on the other hand, is directed to scream and shout and let it all out at every possible opportunity, which quickly grows old because she’s got nowhere to go with her character thanks to narrative shenanigans. Everyone else who briefly makes an appearance is merely a wan shade of good guy or bad guy, their one dimensionality denying the film’s desperation for catharsis.

DP Adib Sobhani’s lensing within Ali’s apartment makes fine use of the protagonist’s claustrophobic struggle, but the worker’s melee which descends into chaos, revisited several times, is poorly edited and visually jarring, in part because it has some pertinent clues to conceal. Tiring and ultimately utterly ridiculous in how it doubles and triples down on the third act reveal, Beyond the Wall is beyond the pale of any kind of enjoyable storytelling finesse, which is surprising considering the accomplished hand apparent in Jalilvand’s past work.

Reviewed on September 8th at the 2022 Venice Film Festival – In Competition. 126 Mins.