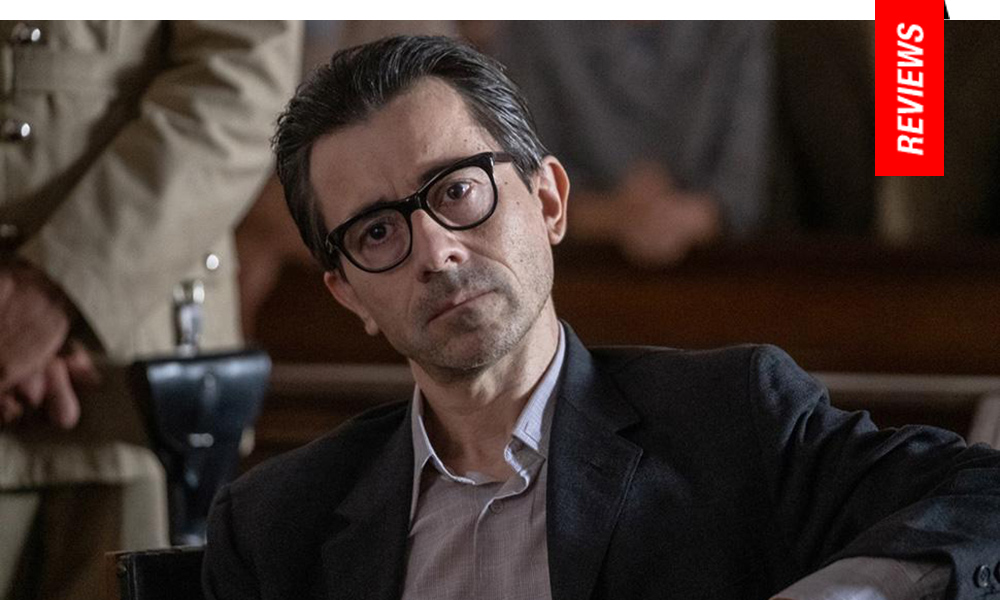 Triumph of the (Court’s) Will: Amelio Delves into Infamously Homophobic Italian Court Case 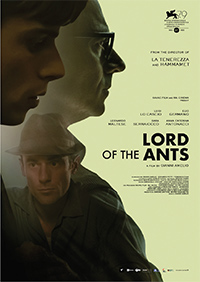 Perennial Italian auteur Gianni Amelio goes back to the contentious political climate of late 1960s Rome with Il signore delle formiche (Lord of the Ants) to recuperate the uncomfortable history of a law used to penalize homosexuality (though this term wasn’t used explicitly in court) as the crime of plagia. In other words, the act of manipulating another person either physically or psychologically to submit to whatever heinous biddings are deemed culturally problematic. As the film announces, the script co-written by Amelio, Federico Fava, and Edoardo Petit is ‘loosely’ based on these events, as evidenced by the intimate relationships sandwiching the eventual courtroom melodrama.

A trio of solid performances bolster the overtly familiar structure of the narrative, which has its fair share of emotionally nuanced sequences. At the same time, it’s a rather dry affair too often caught on the rigidity of the period to really delve into the eroticism and passion of the couple torn asunder, while some well-intentioned soap box blues from an inherent white knight in the press is too convenient a conduit for an alternative perspective, often reading as allyship performance.

In 1964, noted Professor and artist Aldo Braibanti, who had once been the head of a noted artist commune in Piacenza, known as the Tower, was charged with plagia due to a complaint filed by his younger lover Ettore’s (Leonardo Maltese) angry, estranged parents. Ettore is ripped from their Rome apartment by authorities and admitted to a psych ward where electroshock therapy is promptly administered. The preparation for the trial would take four years, finally kicking off in 1968, just in time for the reigning judicial system to make a political point about preserving the country’s values by finding Braibanti guilty and sentencing him to nine years in prison. Throughout the trial, Ennio (Elio Germano) becomes an unlikely confidante as a journalist in disagreement with the court’s handling of the trial, reflecting the larger international prominence the ruling would receive abroad thanks to extensive coverage of the event. 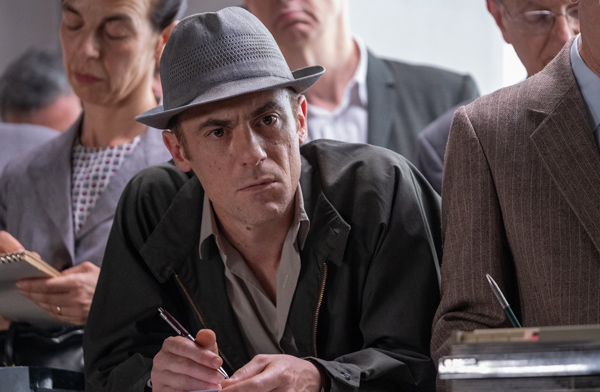 Of the many multifaceted talents of Braibanti, one of them was a myrmecologist, one who studies ants, a term immediately (and somewhat awkwardly) introduced on the sly by Germano’s journalist in a sequence which seems strange in retrospect. But as the title suggests, its the main metaphor being mined into the narrative, paralleling Braibanti’s communist politics and active stance against fascism (because ants are a collective community, putting the needs of the whole above the individual). But really, the ants are a small part of Braibanti’s interests, pouring himself into writing poetry, screenplays, and essays (among many other creative projects), though literary distinction would elude him.

Luigi Lo Cascio displays a priggish superiority as Braibanti, though it’s partially a defense mechanism in response to the virulent conservatism of Piacenza (he also didn’t seem to be particularly warm towards women). His relationship with Maltese’s charming Ettore is charted through a series of instances prior to their absconding to Rome together. However, the more interesting and less cliched relationship involves Ettore’s older brother, who first seeks mentorship from Braibanti, whom we meet as he’s berated by the professor for lacking the intellectual aptitude to understand Alberto Moravia.

Maltese has a handful of touching moments, particularly when he’s yanked off the psych ward after years of electroshock therapy to give a rather articulate testimony, despite the kangaroo court already having made its decision, seemingly. While Elio Germano certainly hits his own stride as a beat journalist thwarted by political semantics while trying to report on the trial in a Communist slanted newspaper, he’s like representative of another kind of film, and Amelio’s attempts to showcase his progressiveness through a relationship with a female cousin (who leads a coterie of protestors as the trial gains national attention), feels a bit cookie cutter. Their conversations seem primed to convey historical information, such as why homosexuality wasn’t written into the legal code because Mussolini, (not unlike Iranian president Mahmoud Ahmadinejad’s similar sentiments decades later), deemed a law against homosexuality meant acknowledging they exist.

Eventually we learn, after an appeal, Braibanti’s nine year sentence ends up being only two, though he would purportedly never see Ettore (who was actually a twenty-three-year old named Giovanni Sanfratello) again. Notably, Braibanti was the only individual convicted of this crime in Italy, with plagia later removed from the penal code in 1981 due to its inherent vagueness.

Heavily reminiscent of the downfall of Oscar Wilde in a similar 1895 trial, Amelio’s Lord of the Ants is a welcome recuperation of queer history, and it’s certainly in keeping with Amelio’s cinematic interests of exploring the tribulations of the disenfranchised, such as in his earlier success, The Stolen Children (1992). But it’s also a rather standard, if overall serviceable exercise, feeling as if it dabbles too lightly across all its various elements as tragic romance, political period piece and courtroom melodrama.

Reviewed on September 6th at the 2022 Venice Film Festival – In Competition. 134 Mins