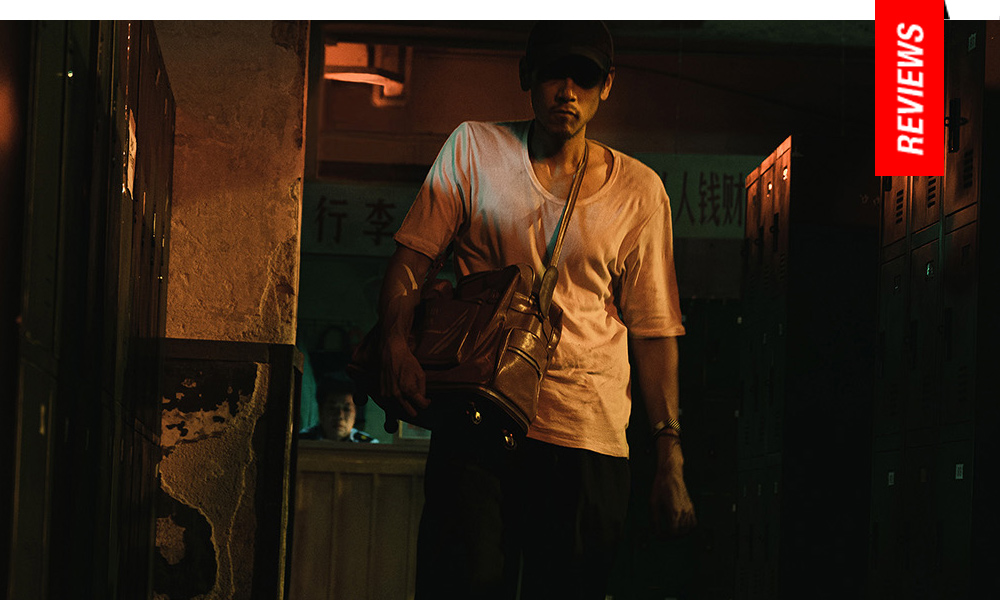 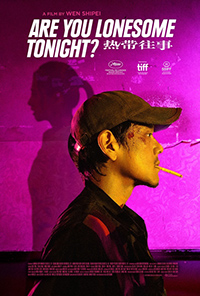 Director Wen Shipei strikes an oddly satisfying balance between broody Neo-noir and simmering romance with his debut Are You Lonesome Tonight?, thus named for the Elvis Presley ballad, which makes several diegetic entrances. However, Suspicious Minds could have served the material if Shipei had wanted a more frenetic pace. Instead, Shipei falls into an anxious swoon with this two-hander which recalls early works by Wong Kar-Wai. Aided by Taiwan’s Eddie Peng at his most bedraggled and the ever-striking Sylvia Chang, theirs is a diametrically opposed attraction built on simple but highly effective motifs.

On one unassuming night, AC repairman Xueming (Peng) accidentally runs over a pedestrian. Lugging the body to the side of the road, he tosses the dead man into a ditch and flees the scene. Days pass, guilt consumes him. He turns himself in, but the police can’t charge him with anything as there’s no dead body and Xueming has no idea who he ran over. Meanwhile, Mrs. Liang (Sylvia Chang) reports her husband missing, and Xueming places himself in her orbit, slowly gaining her confidence. It turns out Mr. Liang was something of a criminal himself, and when Xueming attempts to locate a bag full of money the dead man had hidden, he quickly finds he’s in over his head.

Are You Lonesome Tonight? begins like any great noir, a sweaty, jangly protagonist who’s clearly down and out immediately throws himself into a bind. Shipei throws in a harbinger, a tired black bovine occupying the road before his detrimental hit-and-run. Of course, his chance involvement with the widow of the man he killed might seem too good to be true, but this is the narrative of a man who can’t quite help himself (like another great noir title, 1950’s The Man Who Cheated Himself).

Murky and/or stolen identities are also key components, and like many post-war American noirs, one shouldn’t always believe who people say they are. Like a variety of 1950s classics, Barbara Stanwyck in No Man of Her Own (1950,) Valentina Cortese in The House on Telegraph Hill (1951), or Franz Rogowski in Petzold’s recent Transit (2018), situations get sticky real quick when you steal someone else’s identity. Xueming fits into a different gray zone, not lying to Mrs. Liang, but certainly withholding the truth (in a way which Shipei twists cleverly, as truths are revealed in a full circle moment, triggered again by cows blocking the roadway).

The usual dynamic exists between lonely souls who reveal vulnerabilities about themselves they wouldn’t dare to convey in intimate circles. Shipei leans heavily into ironies, where criminals become saviors, the blind have the clearest vision of those around them, and those we are most attracted to are doomed to remain just out of reach. It’s the odd sensation of how melancholy and loneliness feel enjoyable if they’re ‘satisfied,’ and how the dangling carrots of whatever fulfillment we seek no longer tantalizes if we touch them.