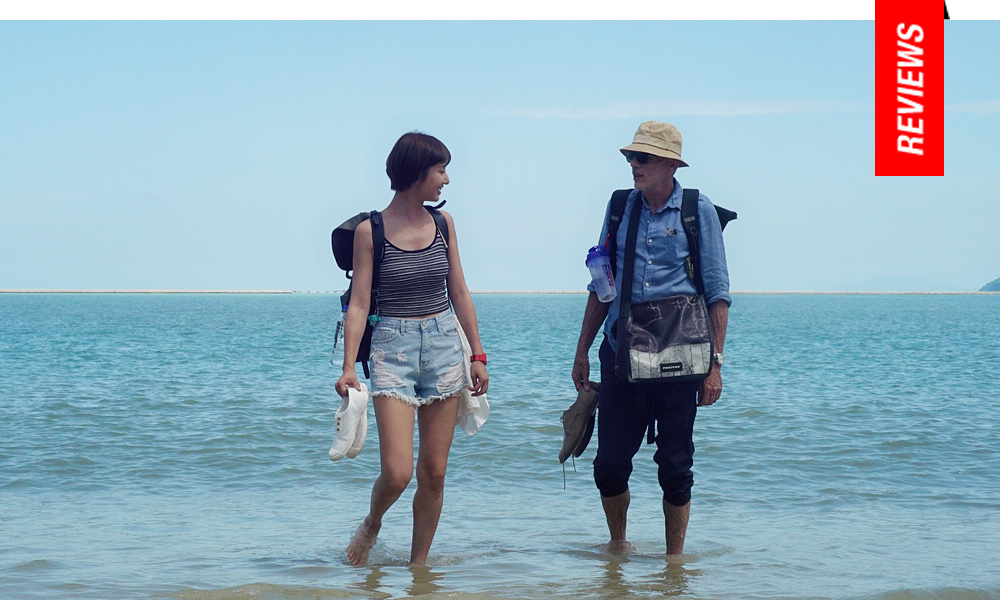 Of Time and the City: Yuan Qing Delights with Tender, Dainty Rohmerian Debut 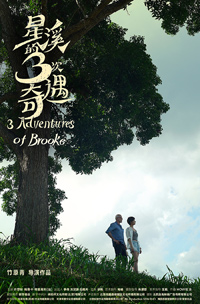 An airy, relaxed tale of meandering bliss and the pursuit of meaning from first-time director Yuan Qing. By mixing Western existentialism and Asian folklore, Three Adventures of Brooke makes for uplifting and soul-soothing cinema, somehow also avoiding any pitfall of over-cute insincerity.

The tire on the bicycle blows out always in the same place, on the sunny stretch of lush greenery that flanks the road. It is always June, 30, and always in the Malaysian town of Alor Setar. Xingxi, whose Chinese name translates to Brooke, is a stranger in a strange land, although everybody in the Chinese-Malaysian population tries their best to make her feel welcome, with her endearing accent and that whiff of mainland sophistication. Three times the tire blows, and three times Xingxi is forced to put her trip on hold. Every time, she meets someone on the road and spends three days with them.

Three Adventures of Brooke recounts these three possible stories, but it’s never content with being the basic version of itself, and it is certainly not interested in clever parallels or moral lessons shaped by repetition: always artfully lopsided and disarmingly sweet, the little pieces of this world are placed at your feet like a child might do when inviting you to play with their toys.

The adventures are wildly different from each other because the people in them are – and that includes Brooke herself, who offers a different version of herself based on the company she finds (as a fortune teller keeps saying to her, “the people you meet are only a reflection of your state of mind”). When, in the film’s opening scene, she finds a kind girl who welcomes her into her serene family home, Brooke introduces herself as a daughter first and foremost, traveling to Malaysia to meet her father. In the second adventure, she responds to the more practical inquiries of three local city planners by declaring herself an anthropologist, which will lead to the group joining forces for a renovation project in Alor Setar.

By the time the third adventure comes along, the film dissolves its own rhythm into a more elliptical and reflective conclusion; the editing starts skipping a few beats, gently folding shots into each other, bringing humans and nature closer together. Brooke is more reticent this time: the quiet Frenchman (Pascal Greggory) is, much like herself, initially interested in listening rather than talking. It will take a while for their goals, and their meditations, to align, only for the two of them to end up exploring Alor Setar together in search of the Starry Brook and of the Blue Tears.

A river that nobody has ever seen, and a phenomenon of divine rarity: that is the genius loci, the fundamental energy of this city, which gives meaning and scope to the idle conversational tone of the piece and seamlessly moves things along, from the light comedy of the beginning to the more spiritually-minded and affecting finale.

It’s to the great credit of director Yuan Qing that both components work so well. The first adventure features a hilariously elaborate comedic set-up about an antique stone with a drop of water inside, which Brooke buys on a whim, sparking a series of reversals caused by the perceived value of the item. At once silly and revelatory, the debate proves mere preparation for the somber, wistful third story.

A certain Rohmerian spirit also runs close to the heart of the film, and not just due to the Pascal Greggory appearance. The recurring cadence, the rule of happenstance, and the flow of the dialogue all make this the most overt of homages, an intent that the director is certainly not coy about. Far from being distracting, it folds neatly into the pleasant vibe of Three Adventures of Brooke, a lovely little film about the importance of searching, and the necessity of accepting what you find.