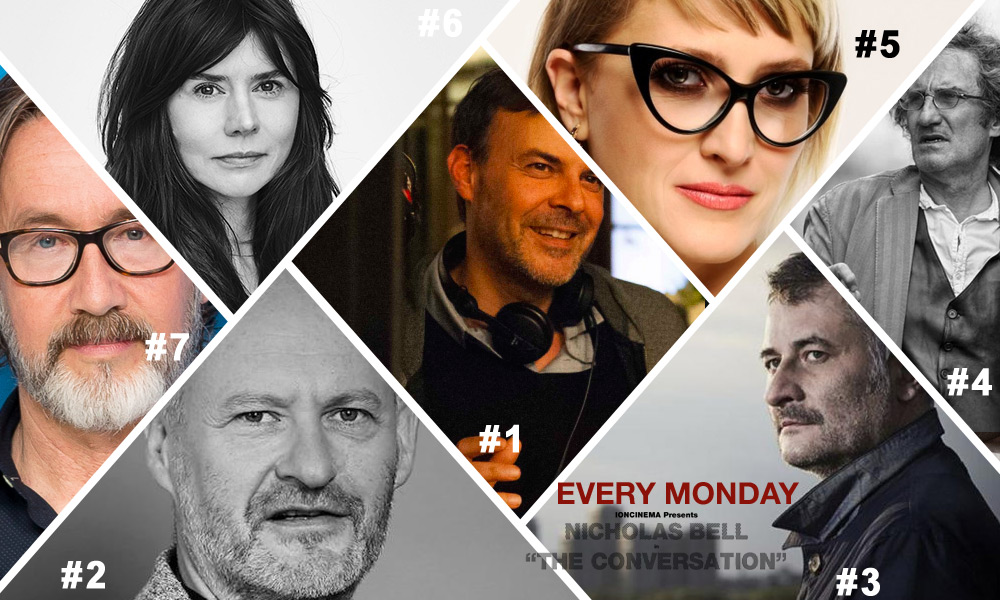 The Conversation: Bringing Up Berlin – Predictions for the 2020 Berlinale

Berlin becomes a septuagenarian in 2020. The significant European springboard will also receive a new facelift in the early dawn of the new decade, with festival director Dieter Kosslick’s dual replacements Mariette Rissenbeek (executive director) and Carlo Chatrian (artistic director). Chatrian hails from Locarno and brings with him Mark Peranson as new head of programming (who served in this capacity in Locarno from 2013 to 2018) for the seven-member team, so one can logically expect a major shake-up in business as usual.

The last several years of Kosslick’s reign weren’t altogether unsuccessful—one only has to sift through some impressive lineups (such as 2015’s program) for evidence of the festival’s continued vibrancy. True, there was some squabbling over the last two years, with many critics flabbergasted at 2018’s Touch Me Not Golden Bear win, while Kosslick’s last year was a somewhat weak showing, thanks in part to one of the worst festival openers anywhere from any era with Lone Scherfig’s The Kindness of Strangers—the yanking of Zhang Yimou’s One Second at the last minute didn’t help matters either, but it did create a competition which came quite close to gender parity—much closer than Cannes or Venice have ever come (let’s not forget, 2019 also had some excellent selections, what with Nadav Lapid’s Synonyms, Angela Schanelec’s I Was at Home, But… and Wang Quan’an’s Ondog).

But what can we potentially expect to see in Berlin 2020? It turns out, there’s a dearth of potential international features completed or in post-production which may likely contend for either the Golden Bear or elsewhere in Berlinale’s extensive program. As usual, we can expect a smattering of Sundance titles to show up somewhere in the film’s program (in 2018, Berlin placed two of these in competition)—but there’s usually only one or two US productions in the lineup (2019 didn’t have any).

Of their homegrown titles, 2020 may not feature many of the contemporary German headliners (last year had Akin and Schanelec, for instance). But there are some German projects and co-productions which could make the cut. Actress Franka Potente has her debut Home, plus Michael Venus’ Sandra Huller headlined thriller Sleep. More likely to be somewhere on hand are these Berlinale alums, such as Dietrich Bruggemann with No, Anne Zohra Berrached with The Wife of the Pilot or Dominik Graf with Fabian.

From France, there are several noted titles scheduled for local theatrical release in the Spring which could be likely candidates. At the top of the list would be Philippe Garrel’s The Salt of Tears. Jean-Paul Salome’s Mama Weed starring Isabelle Huppert could be a Golden Bear contender, and returning Berlinale alums like Francois Ozon with Summer of 1985 and Martin Provost’s How to Be a Good Wife starring Juliette Binoche would seem likely. Other major filmmakers with potential French language titles are Anne Fontaine with Night Shift, Alain Berliner with the apparently completed Rendezvous in Paris, Nicole Garcia with Lisa Redler, Lucas Belvaux with Home Front starring Catherine Frot, and Jan Kounen with My Cousin. Frot could be on double duty should Claus Drexel’s A Winter’s Tale be programmed. Other potential projects could be Gregory Magne’s Scents and Senses, Ludovic Bergery’s The Embrace, Mathias Malzieu’s A Mermaid in Paris, Helier Cisterne’s Of Our Wounded Brothers, Frederic Fonteyne’s Working Girls and Nine Antico’s Playlist.

Romania looks to have a major presence at the 2020 Berlinale, namely if they snag the latest opus from Cristi Puiu, Malmkrog (which was actually shot mostly in French). But Radu Jude’s Uppercase Print, Jasmila Zbanic’s Quo Vadis, Aida and Tudor Cristian Jurgiu’s And They May Still Be Alive Today are seemingly ready to premiere. Hungary could be on hand with Peter Bergendy’s Post Mortem or Szabolcs Hadju’s Treasure City.

Poland has a major quartet of filmmakers who could bow in Berlin, and three of them would be returning in rather quick succession to the competition. Agnieszka Holland is already completed on another project, Charlatan (she was in the comp in 2017 and 2019), while Malgorzata Szumowska seems to be matching her breakneck speed with All Inclusive (Szumowska has been in comp several times, recently in 2015 and 2018). Tomasz Wasilewski’s Fools could see him compete for a second time and then Urszula Antoniak has a Dutch language thriller, Magic Mountains. We’re still waiting on Georgia’s Levan Koguashvili’s Brighton 4 and Bulgaria’s Kamen Kalev has February in the eaves.

Italy doesn’t always have the strongest presence at Berlinale, but several titles in post-production could make an appearance. There’s Giorgio Diritti’s I Wanted to Hide, Ferdinando Cito Filomarino’s Born to Be Murdered, Ivano de Matteo’s Houseguests (Villetta con ospiti), Gianni di Gregorio’s Citizens of the World and Gabriele Muccino’s The Most Beautiful Years.

From Holland, Paula van der Ouest has her English language thriller The Bay of Silence, while Jim Taihuttu has The East. Denmark’s Ole Christian Madsen has The Attack in Copenhagen and Finland could find representation with Klaus Haro’s Life After Death.

On the UK front, a major premiere would be Francis Lee’s Ammonite, who would be returning to the program. As would either Sally Potter’s US-set Molly or Danis Tanovic’s English language The Postcard Killings. Other UK productions could be Jonathan Nossiter’s Last Words, Mitch Jenkins’ The Show, Jessica Swale’s Summerland, or Gillies MacKinnon’s The Last Bus. Australia could bow with their remake of Rams from Jeremy Sims. The international cast friendly true story in Andrew Levitas’ Minamata could also shore up.

From Canada, a major contender could be Philippe Falardeau’s Sigourney Weaver starrer My Salinger Year, while Bruce LaBruce is likely to be in a sidebar with Saint-Narcisse. Quebec’s Anaïs Barbeau-Lavalette might be ready with her punk themed film, La déesse des mouches. Ireland could find representation with Eoin Macken’s Here Are the Young Men and we are still awaiting a premiere for Iceland’s The Wind Blew On from Katrin Olafsdottir.

Marco Dutra is back with his follow-up to the excellent Good Manners (2017), and his latest All the Dead Ones, co-directed by Caetano Gotardo could likely compete for the Golden Bear. Portugal’s Joao Botelho could be on hand with The Year of the Death of Ricardo Reis. The hotly anticipated Akelarre from Argentina’s Pablo Aguero or Clara Roquet’s debut Libertad from Spain could also be in contention. And from Peru, we could see returning Golden Bear winner Claudia Llosa compete again with Fever Dream.

Berlin is usually a great showcase for Asian cinema, which are sometimes harder to predict. A major announcement could be whether or not Zhang Yimou could finally premiere One Second. However, he also has another project completed, Rock Solid. We’ve also been waiting for a major platform to premiere Flora Lau’s sophomore film Luz, which features Isabelle Huppert. Another item of note is Xing You’s Summer Knight. From the Philippines, Raya Martin has his US co-pro Death of Nintendo in post.

With Oleg Sentsov recently released from prison, Berlin could find his sophomore film Numbers, co-directed by Akhtem Seitablaev, finding a home at the festival. Anna Melikyan could very well return to the fest with Fairy, while Vadim Perelman has the Russian-German co-pro Persian Lessons on deck.

From Morocco, Ismael Farroukhi could premiere with his long-awaited Mica, as well as Nabil Ayouch, whose Casablanca Beats should be ready. And from Senegal, a major player could be Ghassan Salhab with The River.