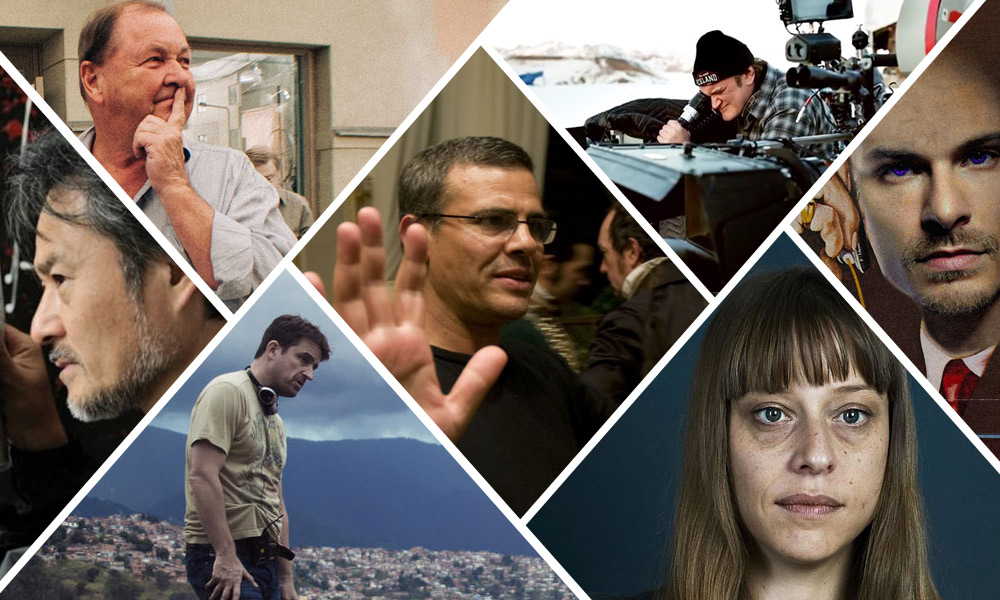 The Conversation: Last But Not Least for Cannes 2019

With the main competition and the sidebar programs all unveiled, we await news of one or potentially two last-minute titles added to the competition, as is often customary. Over the past several years, several of the last additions went on to collect major awards. In 2015, the final two additions were Valley of Love and Chronic (which took home Best Screenplay). The 2016 edition of the fest saw Asghar Farhadi’s The Salesman slip in to competition, taking home Best Actor for Shahab Hosseini and Best Screenplay. In 2017, Ruben Ostlund’s was the only last addition and went on to win the Palme d’Or. Last year, three selections were announced in the final update: Yann Gonzalez’s Knife+Heart, Sergey Dvortsevoy’s Ayka (which took home the Best Actress Prize for Samal Yeslyamova) and Nuri Bilge Ceylan’s Wild Pear Tree.

Over the past several years, the main competition line-up consists of either 19 or 21 features. Thus far 19 contenders have been announced for 2019, meaning the potential exists for two more titles yet to be unveiled (and, as trends suggest, last-minute additions tend to snag awards). We can expect perhaps a familiar auteur new to the competition as well as a seasoned Cannes comp player to potentially make the cut. But here’s a look at some of the possible late comers.

At the top of everyone’s list is Quentin Tarantino’s Once Upon a Time in Hollywood, which would be the director’s first time at the festival since 2009’s Inglourious Basterds (which won Christoph Waltz Best Actor at the fest), and who won the Palme back in 1994 for Pulp Fiction. Media coverage has been indefatigable on the possibilities of whether or not Tarantino will be ready in time—and it would seem all parties involved want this to happen.

Then there’s the case of Pablo Larrain with his return to Spanish language in Ema—a project Netflix (a death knell for Cannes) has since acquired and derailed the possibility of Larrain ascending to the competition (he has played Directors’ Fortnight several times, including in 2016 with Neruda). Strangely, the Fortnight went against the festival grain and programmed Netflix property Wounds, which already preemed at Sundance earlier this year—yet no sign of Larrain. At this point, his inclusion in the competition seems dubious.

Likewise for Abdellatif Kechiche and his long awaited second chapter of 2017’s Mektoub, My Love: Canto Uno (which competed in Venice) with Intermezzo. Kechiche was last at Cannes with 2013’s Blue is the Warmest Color, which took home the Palme.

Several other cinematic titans were left out in the cold. Roy Andersson’s About Endlessness, his first film since taking home the Golden Lion for 2014’s A Pigeon Sat on a Branch Reflecting on Existence, seemed a good bet. Andersson has long expressed interest for returning to the Cannes comp. He was in Un Certain Regard in 2007 with You, the Living and competed in 2000 with Songs from the Second Floor, which won the Jury Prize.

And then there’s the issue of Roman Polanski, who won the Palme d’Or in 2002 for The Piano Teacher. Polanski has competed three times, last in 2013 with Venus in Fur, while his 2017 Based on a True Story closed the fest out-of-competition. His rumored swan-song on the Dreyfus Affair, J’accuse would have been a possibility (Fremaux made a point to program Lars Von Trier out-of-competition last year), but whether it’s due to controversy or post-production necessity, Polanski may have to depend on the kindness of Venice this fall (where was back in 2011 with Carnage).

There are a lot of additional titles to consider from directors who would certainly elevate the already impressive line-up (and one hopes Fremaux ends up setting a record by adding another woman director, which would bring the total to five). Alice Winocour’s Proxima or Katrin Gebbe’s Pelican Blood, both directors with previous films in Un Certain Regard, are certainly possible. Less likely but worth mentioning is Valerie Donzelli’s Notre Dame, who competed in 2015 with the maligned Marguerite & Julien. And then, Miranda July has a new untitled project which has pegged her as a possibility with Fox Searchlight certainly considering Cannes regular Chloé Zhao and her under-the-radar Nomadland as a pre-Fall launchpad.

Austria’s Ulrich Seidl has Wicked Games, but we can count on Venice if he doesn’t pop up on the Croisette (he last competed in 2012 with the first part of his trilogy, Paradise: Love), and then Japan’s Kiyoshi Kurosawa went to Uzbekistan for To the Ends of the Earth (Kurosawa last competed in 2002 with Bright Future, but has since been to Cannes thrice in Un Certain Regard—a Japanese theatrical release date for June would suggest Cannes is the best chance at a festival premiere). Atom Egoyan, last on hand with 2014’s dismal The Captive at Cannes, does have Guest of Honour ready, but we’d expect Fremaux to take a bigger gamble on fresh blood, perhaps with someone like Venezuela’s Lorenzo Vigas, who took home the Golden Lion in 2014 for From Afar and has the Michel Franco produced The Box in post.