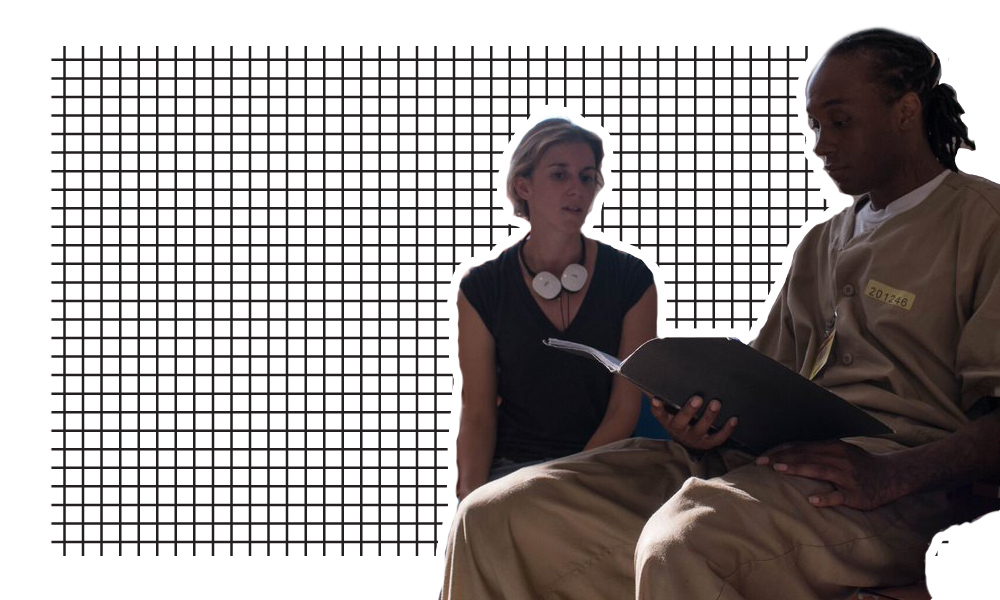 Known for her eye-opening documentaries, Emmy-winning producer/director Madeleine Sackler had not one but two films in 2018’s Tribeca Film Festival: It’s a Hard Truth, Ain’t It and O.G. They’re an effective pairing, almost a prequel-sequel combo: both were filmed in Pendleton Correctional Facility in Indiana in Indiana; Hard Truth is a doc, O.G. is a narrative. The doc came first, almost a research project for the fictional film. In addition to interviewing inmates, Sackler taught a comprehensive filmmaking workshop in the prison. Needless to say, their their real stories served as inspiration for Stephen Belber’s screenplay. Even more impressively, Sackler used the real inmates as actors in O.G.

For a first foray into fictional filmmaking, this is a pretty unprecedented concept. Jeffrey Wright, Sackler’s star, took home Tribeca’s Best Actor award, for his mesmerizingly authentic performance as Louis, an inmate in the final weeks of his sentence. Behind every great actor is a great director. Sackler has proven her chops for mordant cultural insight over the years (including doc The Lottery, which was shortlisted for an Academy Award), and these two latest works combined may be her greatest achievement yet. We sat down with her for a video interview after the premiere to talk process, healing cultural wounds, and more: