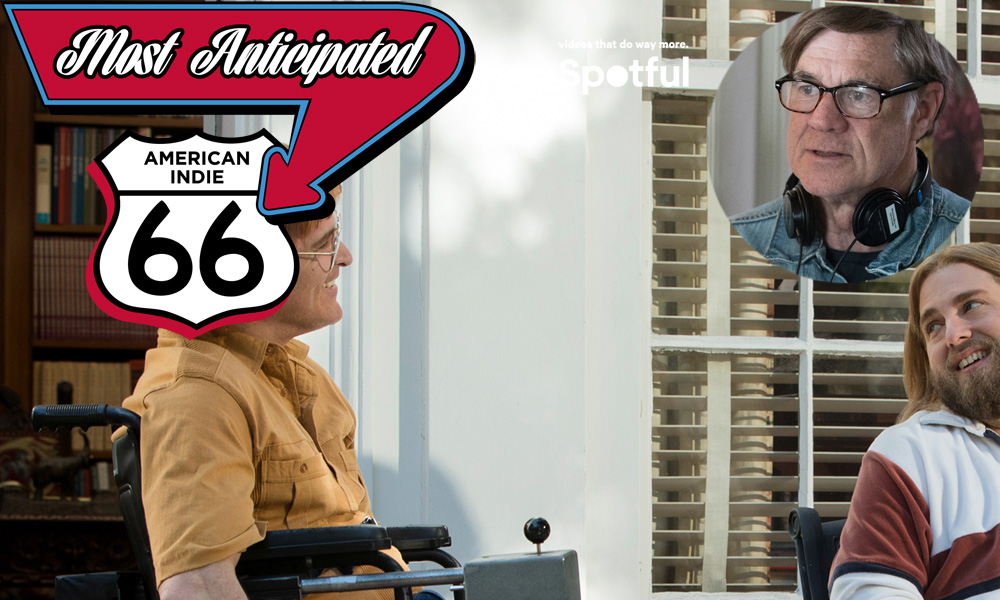 Don’t Worry, He Won’t Get Far on Foot

You can’t always be batting 1000, and Gus Van Sant‘s Sea of Trees was a clunker (read review). Filming began in March and saw the filmmaker unite with To Die For‘s Joaquin Phoenix and some notable supporting faces in Udo Kier, Mark Webber, Todd Haynes’ contributors in Carrie Brownstein and Kim Gordon from Sonic Youth fame. Good Will Hunting‘s Robin Williams wrote the introduction to Callahan’s memoir and it collected dust for two decades. Christopher Blauvelt (Certain Women) is the dp and Danny Elfman wrote the score.

Based on a true story of John Callahan, with Phoenix, Jonah Hill, Rooney Mara and Jack Black, this sees Callahan (Joaquin Phoenix) nearly lose his life in a car accident, and the last thing he intends to do is give up drinking. But when he reluctantly enters treatment – with encouragement from his girlfriend (Mara) and a charismatic sponsor (Hill) – Callahan discovers a gift for drawing edgy, irreverent newspaper cartoons that develop a national following and grant him a new lease on life.

Release Date/Prediction: This was selected in the Premieres section at Sundance. Amazon release the film on May 11th.