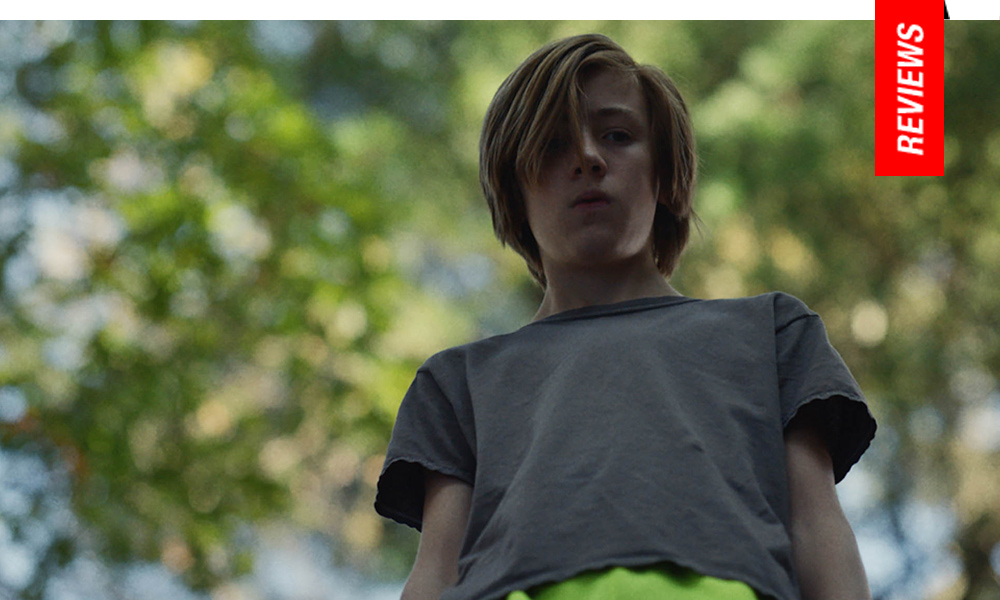 John and the Hole | Review

The Little Boy Who Lives Down the Lane: Sisto Finds a Psychopath in Disturbing Debut 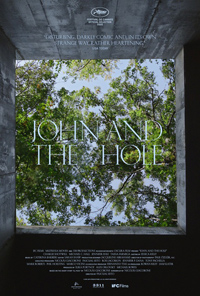 There’s no arguing the discomforting vibe of John and the Hole, the directorial debut of Pascual Sisto written by Nicolas Giacobone, the favored scribe of Alejandro Gonzalez Inarritu. From a distance, they’ve ostensibly concocted the portrait of a serial killer’s childhood, but it’s too simple a reading for a complex examination of how invisible privileges afforded the white middle class male craft a perfect storm for sociopathic tendencies bred by detachment and our insistence on normalizing symptoms of the average dysfunctional American family. Frustrating in its ambiguity and refusal to play into the violent catharsis via retribution we’ve become accustomed to, Sisto and Giacobone have crafted the kind of troubling psychological thriller which proliferated 1970s cinema—perhaps a time when we weren’t as afraid of the discomfort of acknowledging aberrant human behavior and potentially recognizing some of our shared likenesses through these reflections.

John (Charlie Shotwell) is the youngest member of a perfectly mannered, upper middle-class family who live in a beautiful countryside manor. Mom (Jennifer Ehle) and dad (Michael C. Hall) are affable enough, more interested in the wine they have with dinner than their son’s muted passions for tennis and video games. But despite his weird questions sometimes, there’s no reason for alarm. He has friends, after all. His older sister (Taissa Farmiga) can be a little aggressive with him, but never to a fault. And then John discovers an abandoned bunker on the property. Yearning to exert his own desire for independence, he takes his parents’ medication and experiments on how much it takes to knock the gardener out. Satisfied with his results, he drugs the family and dumps them into the concrete pit, intermittently bringing blankets and food. As time passes, being all on one’s own begins to seem overrated, and the suspicion of certain parties perhaps more trouble than the situation is worth.

Initial critical responses to John and the Hole seem invariably keen to evoke comparison with the 1990 Chris Columbus/John Hughes family classic Home Alone—but such a juxtaposition only confirms the limited lens with which we interpret behaviors but also expectations of cinematic intentions or possibilities. There have been plenty of examples of murderous children, like another Macaulay Culkin reference point, The Good Son (1993), itself a wan rehash of the ultimate preteen sociopath, Christine Penmark, portrayed by Patty McCormack in The Bad Seed (1956). But Shotwell’s characterization of John is more disturbing in its mix of naivete and resourcefulness—those sociopathic inclinations reminiscent a Jeffrey Dahmer or any number of young white men who engaged in school shootings. He’s also no Ezra Miller in We Need to Talk About Kevin (2011). John is more terrifying because he’s devoid of sympathy or empathy. His actions are not born out of rage, survival or a response to abuse. John is exactly the kind of creature we don’t want to witness because he’s so troubling to explain.

Rather than Home Alone, Sisto’s debut really recalls a classic but obscure Jodie Foster title, The Little Girl Who Lives Down the Lane (1976), about a teenager who poisoned her caretaker and now fends herself, lying to the community about her invalid parent until a pedophile (played by Martin Sheen) calls her bluff. Likewise, the Canuxploitation flick The Pit in which a teen boy gets his kicks feeding people to strange alien creatures which reside in a hole in the ground in his backyard (and then there was that 2012 Zellner Bros. flick Kid Thing with the disembodied voice of Susan Tyrell wafting out of the ground).

A lovely giallo inspired score is a fun juxtaposition with John’s love of Bach (it’s not quite the Ode to Joy element of A Clockwork Orange, but it makes its point), but where Sisto and Giacobone falter a bit is with a parallel story line involving a young girl abandoned by her mother who is potentially telling the story of ‘John and the Hole,’ which sets the narrative up for a meta pay off which doesn’t land since it’s too easily forgotten about.

The attraction of autonomy and independence drenched in self-absorbed angst, however, is John’s underlying motive. His actions are frustrating, the lack of some kind of righting mechanism completely absent (though it comes close in the shape of mom’s suspicious best friend) and exists in a curious realm which reminds one of both Lucky McKee and Michael Haneke, withholding catharsis and estranging its audience. We’re left waiting to care for mom, dad and sister beyond the parameters of their predicament, and what’s most shocking of all is where everything ends up. It’s a striking outsider’s commentary on not just white American dysfunction but the ruinous mechanism of class privilege, where only the surface of things is always what really matters. It’s the hazard of living in a bubble but still craving communal experiences. In other words, always taking and never giving, which means John and his family are already living in ‘the hole’ well before there’s any mention of a bunker in the backyard.