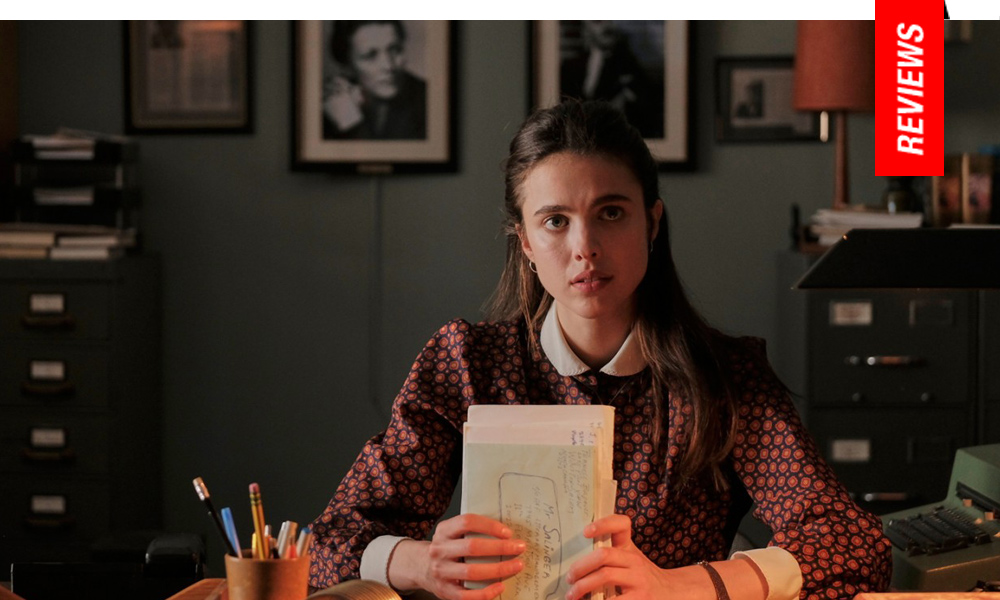 “I think that one of these days…you’re going to find out where you want to go. And then you’ve got to start going there” is one of the myriads of quotable references in cult American writer J.D. Salinger’s seminal 1951 novel The Catcher in the Rye. It’s also the throughline in director Philippe Falardeau’s (Monsieur Lazhar, 2011) latest film, My Salinger Year, based on a 2014 memoir by Joanna Rakoff, which details her short but meaningful tenure working as an assistant to a noted literary agent in mid-90s New York. Neither a coming-of-age template nor a lavish melodrama about the author haunting (and inevitably molding) a uniquely transitional year for its subject, Falardeau concocts a warmly understated homage to the publishing world of New York, just on the brink of leaning into the technological advances which would irreparably change it as it depicts the personal maturation of a young woman at the cusp of finding her own voice.

What started out as a brief visit to see an old friend in New York would become an impetus of significant change for Joanna (Margaret Qualley) in 1995. Although her boyfriend Karl (Hamza Haq) expected her to return to their apartment at Berkley, Joanna decides she wants to become an author and live in New York, couch surfing with her friend Jenny (Seana Kerslake). She seizes the opportunity to work as an assistant to Margaret (Sigourney Weaver), a literary agent whose major living client happens to be J.D. Salinger, a man who she is to avoid familiarities with and never, under any circumstances, reveal any personal information about to anyone. Meanwhile, Joanna begins a romance with the Socialist inclined Don (Douglas Booth), moving into an apartment with him while workplace responsibilities eventually begin to open her eyes to what she really desires— to become a writer.

As Joanna, Margaret Qualley, for the first time, is allowed to express a complex range of emotions in a full characterization, and Falardeau does a fantastic job of culling the interiority of Rakoff’s text into visual form. True, Quebec is a stand-in for New York’s iconic facades, but My Salinger Year conjures the spirit of time and place, a world untouched yet by the constant interconnectedness via cell phones and social media which a reverence which could have transported the film’s recuperation into glossy nostalgia.

Paired with Qualley is an intensely vibrant Sigourney Weaver as Margaret, a woman who is herself the remnant of a bygone era. A chain-smoking Luddite with an Anne Bancroft/Mrs. Robinson streaked hairdo, her Margaret gravitates towards hierarchy, avoids small talk (and with it the potential organic mentorship role such camaraderie sometimes inspires) and seems to depend on compartmentalization as we learn from a personal trauma involving a lover (Colm Feore). Falardeau could have easily written Margaret as a hyperbolic caricature of an impossible boss, perhaps even playing off one of Ms. Weaver’s signature roles as Katharine Parker, the back-stabbing executive in Working Girl (1988). Instead, theirs is a complex, melancholic work relationship, a series of missed opportunities between women (further exemplified by a tangent involving Judy Blume). Falardeau expands on the relationship of Joanna and Margaret from the source text but not drastically, highlighting the slow burn of mutual respect between them.

To incorporate the fan mail for Salinger Joanna is assigned to respond to, and ultimately how these letters inspire and motivate her, Falardeau neatly incorporates their content into her onscreen interactions. While Salinger is merely a phantom, a scion of the Greatest Generation gearing up to rise from the depths of his enigma (only to return to his oblivion), My Salinger Year captures the exciting palpitations literature and writing inspire, perhaps best exemplified when Joanna finally brings herself to read Catcher, a moment which yields several significant catalysts and, suddenly, the world begins to dance around her and she in it. It’s these fantasies we gravitate towards, where literature/art/cinema forges a confluence with our private, personal experiences, and allows us, however briefly, to glance at the world around us as if it were a beautifully choreographed utopia thanks to the reminder of how each of us is a unique participant in it. And ultimately, My Salinger Year is a well performed and understated time capsule of various transitions, engaged in one woman’s personal journey but caressing the universal.