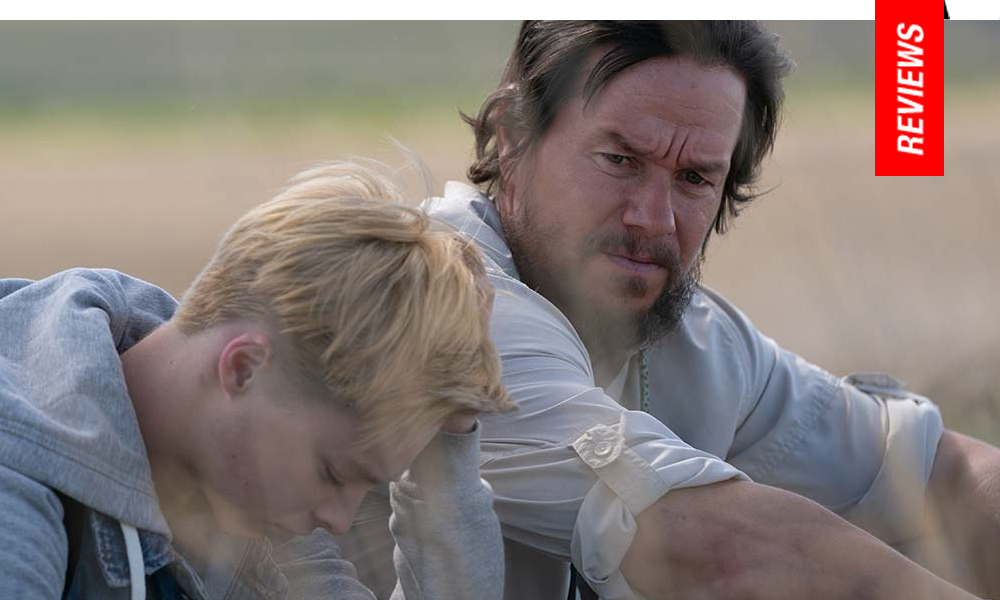 Representation of thought processes and progressive epiphanies are the necessary conjunction with diversity, perspective and experience in the visual arts; the only problem is, when the soapbox is too visible, one can get easily become distracted by sanctimonious energy or preachy diatribes. While certainly more eloquent than such observations would suggest, Joe Bell, the sophomore film from Reinaldo Marcus Green, tends to feel pock marked with such pratfalls of the social issue drama, a movie about a certain population made for the necessary enlightenment of an ignorant majority. That it’s based on a tragic true story with some unexpected twists furthers the material’s After School Special qualities, penned by the Brokeback Mountain (2005) scribes Diana Ossana and Larry McMurtry (and let’s not forget the latter was once synonymous with lauded high profile Westerns, like “Lonesome Dove” who also penned The Last Picture Show and Terms of Endearment). That said, it’s packaging, including a gracious performance from Mark Wahlberg, will ensure it’s message will go beyond the usual ‘preaching to the choir’ inherent in many films committed to spreading the trauma of LGBTQ+ experiences in the United States formatted for the mainstream, and while Green doesn’t accomplish anything inherently new for queer audience members, the potential accomplishment of the film as a well-acted, albeit painfully obvious learning tool for new initiates (at least those able to shed ignorant vestiges of hatred and homophobia), allows for a pricelessness which will outlast its critiques.

In 2013 small-town Oregon, Joe Bell (Wahlberg) has decided to venture on a forgiveness walk, trekking on foot from his hometown to New York City in honor of his gay teen son Jadin (Reid Miller). Early sequences prior to the endeavor find Jadin the victim of merciless bullying from his peers at school, and his father’s begrudging tolerance of his son’s sexuality eventually segues into a considerable learning experience of benevolence and acceptance. However, the Bell family eventually suffers considerable tragedy due to extensive ripple effects from the ceaseless bullying.

An increasing number of high-profile prestige films looking to mine the trauma of queer experiences from The Danish Girl (2014) to Boy Erased (2018) run a spectrum of queer narratives formatted for heteronormative consumption, with certain edges often softened. One could logistically position Good Joe Bell in this classification, but there’s no denying its authentic intentions or the power for it to become a conversation starter in meaningful places. That said, it plays like a notable sister film to something like the celebrated Lifetime movie Prayers for Bobby (2009), also based on a true story about a suicide which motivated a guilt-stricken parent to crusade against virulent homophobia.

The weight of Joe Bell’s own packaging tends to crush its chances at levity, featuring producers such as Cary Joji Fukunaga and Jake Gyllenhaal, and then, of course, scripted by Ossana and McMurtry (who may be a bit too removed from the lives of these characters to paint them in real intimate detail), ensuring there’s no escaping the importance of its intentions.

To be fair, Wahlberg’s sterling working-class persona works well, for the most part, and like an emotional speech given on the last leg of his forgiveness walk, the meaningful reflection of bullied children who need to hear heterosexual cis men like Bell peddling respect and hope is necessary to see and hear. Likewise, two straight white men bonding over their love for their queer kids in a mournful sequence between Wahlberg and Gary Sinise could have been woefully pedantic but instead captures a natural eloquence of parents who simply want better lives for their children.

At the end of the day, Joe Bell may not have the cultural impact of a Brokeback Mountain (which, in terms of queer representation, is also archaic and mounted for the benefit of filling an absence rather than fine tuning it), but its importance to some perhaps can’t be stressed enough. The situation portrayed in the film occurred when bullying and the suicide of LGBTQ+ teens was receiving major national attention (there was even the 2011 documentary Bully), generating the “It Gets Better” campaign—and the truth of the matter is, for white kids like Jadin Bell, there may be opportunity for it to get better if kids in rural or toxic environments are able to survive these vulnerable years. However, the real problems with the reaches of hatred via social media on younger generations as well as the various intersections of queer children of color or trans kids who might not have the same opportunities for ‘it’ getting better when simply removed from the traumatic environments of their childhood in a world of systemic oppression are additional areas with which

Joe Bell isn’t able to contend—nor should it, seeing as it pays homage to one particular family’s tragedy. But here in 2020 it’s perhaps most upsetting to see our continual edification mired in ‘first-wave’ parameters showcasing the repeated recycling of a reality which still hasn’t gotten any better.