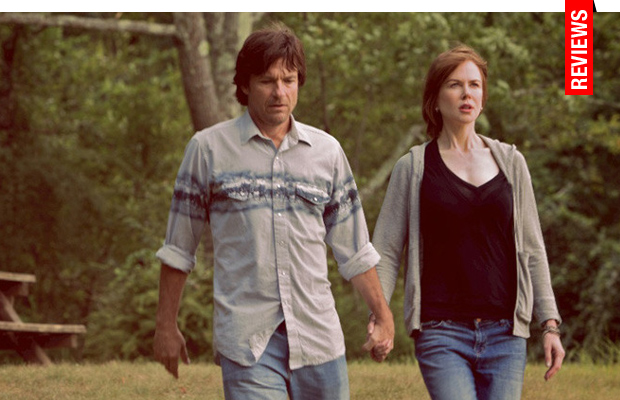 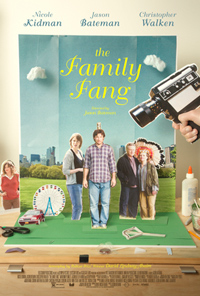 Actor Jason Bateman makes his sophomore directorial outing with the high profile The Family Fang, based on the bestselling novel by Kevin Wilson and adapted for the screen by famed playwright David Lindsay-Abaire (Rabbit Hole, 2010). With a prolific cast at his fingertips, Bateman’s film becomes another entry in the dysfunctional family melodrama genre, filled with idiosyncratic, quirky characters and their colorful tics. We’ve seen a wide range of these ‘talent’ families throughout literature and cinema, from J.D. Salinger to Wes Anderson, and Bateman concocts a contemporary blend of something that feels a little bit like Tamara Jenkins’ The Savages mixed with Running on Empty (1988). Though not without some instances worthy of merit, the film unfortunately feels a bit hollow, lacking in any real emotional depth. Curiously, we’re never made to care or feel for this rather odd family, with too much kookiness eclipsing the heartache we’re meant to feel for the manipulated siblings at the narrative’s center.

Successful actress Anna Fang (Nicole Kidman) and her celebrated novelist brother Baxter (Jason Bateman) have made a point of holding their parents at arms length as adults. Growing up, they were subjected to the never ending saga of their parents’ famed performance art, wherein the family would travel around and stage confrontational situations with strangers, believing the natural reactions created constituted as the only real art form there really is (including fake bank robberies, pretending to heckle their kids during a street performance, manipulating a high school staging of Romeo and Juliet, etc.). Emotionally troubled as adults with the grown Fang kids currently facing career crises, the family is reunited when Baxter is accidentally shot in the head with a potato gun. But as the nuclear family threatens to cave in on itself, Caleb (Christopher Walken) and Camille Fang (Maryann Plunkett) reveal their own unique agenda.

Bateman, who seems to be swinging for understated following his 2013 expletive driven Bad Words, never quite sells us on the emotional plight of Anna and Baxter, an actress and novelist, respectively, both quite notable in their particular fields. We start off on rocky ground with a ridiculous flashback of the Fang clan faking a bank robbery for lollipops—though even by our nostalgia tinged standards of the 70s, bank robbery was no joke, setting up an immediate sense of cloying inauthenticity. Moving on, the ‘unlikely’ accident reuniting the family, a cataclysm for Papa Fang’s grand finale performance, escalates to such heights of ridiculousness that Walken and Plunkett are mere caricatures—-though of the type often credited for ‘scene-stealing.’ A limited palette of other supporting characters are revealed in similar fashion, such as a dubious school teacher played by Linda Emond and the Fang clan mentor, played by the ever crotchety Harris Yulin.

What transpires in the third act has the potential to be quite emotionally resonant, even poetic. And despite some genuine chemistry between a very likeable Kidman and another cynical turn from Bateman, all of this feels more tedious and uninteresting. We’re dumped into the weirdness of the Fang clan without any moments dedicated to real interaction, the type that would logically transpire in-between grand shenanigans. This adaptation seems to mistake bizarre behavior for depth and charisma.