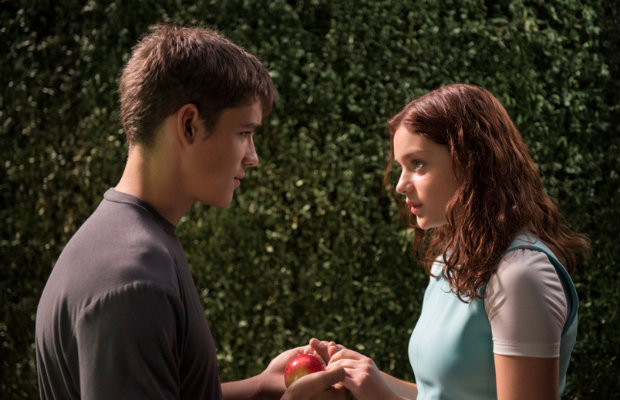 Tis Better to Give: Noyce’s Adaptation Too Little Too Late in YA Dystopic Cinema 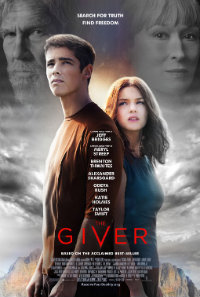 In today’s onslaught of dystopic film franchises dominated by adaptations of young adult novels, the announcement that Philip Noyce would be resurrecting Lois Lowry’s Newberry Medal winning 1993 title The Giver seemed to make perfect sense. But in today’s cluttered market of similar scenarios, the powerful allegory that initially made Lowry’s text such a lasting achievement seems cheapened by the glossy, over baked screen version that seems more medicated than the anesthetized minds of its characters.

After some kind of unexplained happening that nearly resulted in the end of civilization, a band of elders of the surviving peoples have managed to erase all memory and start from scratch, creating a rather rigid yet positively inclined utopia. All citizens live in units, are assigned to jobs and families based on talents and needs, and must take a daily injection, which keeps them all in an induced state of obedience. Even the elders’ minds have been erased, leaving only one citizen in their entire world with the memories of what was before, a sort of records keeper known as the Giver (Jeff Bridges). Precise language must be used, and they have no concept about words like ‘love’ and ‘war.’ At the new placement ceremony, run by the Chief Elder (Meryl Streep), a group of friends, Asher (Cameron Monaghan), Fiona (Odeya Rush), and Jonas (Brandon Thwaites) graduate from their childhood into their assigned roles into society. Jonas, who is gifted with being adept in all four criteria that decide one’s placement, is chosen as the next Giver, who will be known as the Receiver as he trains with the elder. But as he receives his training, which is the only occupation in all the land that allows for lying and secrecy, Jonas begins to discover that something is sorely missing from all of their lives.

The premise plays sort of like what a Communist tinged version of The Ballad of Narayama would look like, where the elderly and nonconforming infants get ‘released to the elsewhere,’ to make room for new, viable citizens. By now, a host of other references will crowd your brain when watching The Giver since its mechanics are now well grooved into our collective doublethought newspeak. Its message, that you cannot cut out the bad parts of humanity without also irreparably damaging the aspects that make life worth living, is still intact at the narrative’s solid core, but Noyce and screenwriters Michael Mitnick and Robert B. Wiede (who brings none of his Curb Your Enthusiasm inventiveness to the table) have brought us the empty souled ersatz version, nice and neat and horribly dull.

Its greatest triumph? The casting of Katie Holmes as Thwaites’ authoritarian inclined mother—every sequence featuring the actress is granted an additional layer of satirical heft (assuming you’re aware of the pop culture significance of her presence in a drug induced community). Jeff Bridges and Brandon Thwaites (seen earlier this year in the inspired Oculus and the leaden Maleficent) are entirely watchable, though the development of their bond seems forced, along with the rather rushed (and resoundingly silly) finale that belies the modest novella-length reach of the original text. Meryl Streep’s role as Chief Elder is granted more heft than in the book, and she’s given a witchy white wig to aid her unpleasantness in a performance that’s enjoyable (though not one we have to see her Oscar nominated for). Fans of Alexander Skarsgard and Taylor Swift may be disappointed, with the former underutilized and the latter impressively swept into a role with no room for distraction.

Too many questions relating to the plausibility of this strict and conservative new culture keep cropping up. In a scene that is nearly the absolute twin to one from this year’s earlier release of Divergent, a long winded selection ceremony explains why Jonas is named the new Receiver—he’s got all four very special traits, making him the prime candidate. But for an individual that has an equally strong emotional and intelligent quotient, does it make sense to entrust those types of people with holding all the cultural secrets and lies that keep everyone in a super saturated drug haze, one that rivals Stepford’s robotized housewives? And how does Jonas, with a baby in tow, cross deserts and snow draped mountaintops? And why does simply crossing the unexplained boundary release historical, collective memory to all those living on what looks like that free-floating island from Solaris? What happened to all the people of color? Did the banishment of emotion erase them? The Giver seems like WASP heaven, and as if to make up for the lack of diversity, we see other cultures featured exclusively in the shared collective memories.

But even if you’re bothered to ask these questions, The Giver never really sparks any real great energy, not even as Ross Emery’s cinematography attempts to relate emotional awareness with an expanding color palette a la Pleasantville, or with Marco Beltrami’s rather conventional score (he composed Snowpiercer as well) which dares us to be thrilled into the truncated finale. One of the only recent adolescent minded dystopias to be navigated by a male perspective (interesting to note because a lot less time is devoted to the developing romance of his female counterpart), The Giver is only one more example of the post apocalypse cut down to After School Special size.