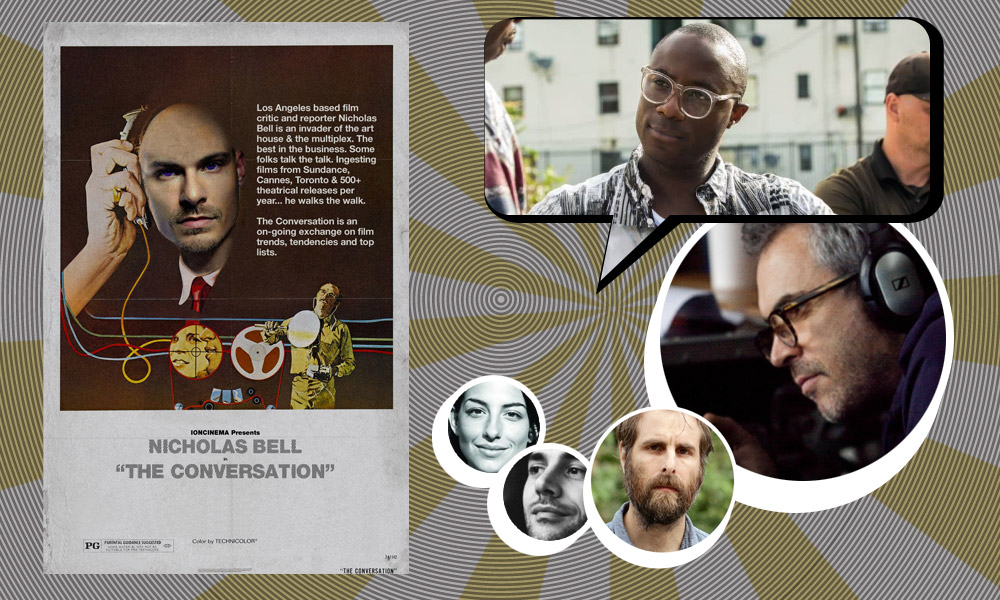 As we near the announcement of the 2018 Cannes Film Festival’s program next month (April 12th for Cannes, 16th for Critics’ Week and possibly the 19th for the Directors’ Fortnight) rumors begin to fly and conjecture reigns supreme as to who will make the cut. As always, a crop of regularly invited auteurs are back with new, highly anticipated projects. And, as usual, several of these will be parlayed into sidebars much to the chagrin of many a prognosticator or be shunted off to Venice for various political or producer informed reasons. This year, amidst a flurry of bountiful deliberations, we’ve chosen to examine by regions those we assume will pop up somewhere on the Croisette (or in conversation).

Festival head Thierry Fremaux, always on the hunt for celebrity inclined offerings (and increasingly English language flavorings) tends to invite the same smattering of folks back into the competition fold, albeit with a handful of surprise inclusions and exclusions every year—and not every seasoned veteran is a guaranteed shoe-in (although for the most part, Palme d’Or winners are usually a good bet, the exception being Apichatpong Weerasethakul in 2015 with Cemetery of Splendor).

Since Cate Blanchett is this year’s jury president, it automatically negates the inclusion of Richard Linklater’s Where’d You Go, Bernadette? as she stars in it—although this could still potentially be programmed out of competition, perhaps even as an opening or closing night film. More likely to be featured in the competition are Terrence Malick with Radegund (marking his return after winning 2011’s Palme d’Or for The Tree of Life). As concerns the competition, some of the expected heavyweights include what would be first timers in Barry Jenkins with If Beale Street Could Talk, David Lowery with The Old Man and the Gun, and the return of Harmony Korine with The Beach Bum.

A bounty of other Americans who have enjoyed the attention of Cannes are returning with new projects which seem good bets for sidebars, such as Karyn Kusama with The Destroyer (she won the Camera d’Or for Girlfight back in 2000), David Robert Mitchell with Under the Silver Lake, Jeremy Saulnier with Hold the Dark, Alistair Banks Griffin with The Wolf Hour and Benh Zeitlin with Wendy. Others could potentially receive their first invite, such as Rick Alverson’s The Mountain, Tim Sutton’s Donnybrook, J.D. Dillard’s Sweetheart, or Justin Kelly’s J.T. Leroy (a small portion was shot in Cannes during last year’s fest).

Genre items, such as Matt Ross’ Keanu Reeves led Siberia and Jonathan Helpert’s IO could also be candidates for Directors’ Fortnight. Brian De Palma is back with English language thriller Domino, but chances seem slim it would premiere outside of the Fortnight. And Pippa Bianco, who won a Cinefondation Prize at 2015 Cannes for her short “Share,” has a longer version of the short project starring Charlie Plummer which would indicate a likely inclusion. Also, Tony Zierra’s documentary on Kubrick’s Eyes Wide Shut, titled SK13 would seem a candidate for Directors’ Fortnight or as a Special Screening.

As there’s usually a smattering of Sundance titles hitting the sidebars, particularly genre items, one might expect Sebastian Silva’s Tyrel to appear in the Fortnight or even Critics’ Week. Since Nadav Lapid’s original 2014 title The Kindergarten Teacher was a Special Screening at 2014 Cannes Critics’ Week, Sara Colangelo’s Sundance premiered remake (and sophomore film) could also be in contention. Crystal Moselle’s Skate Kitchen also seems a potential Cannes worthy title for Critics’ Week.

And while it’s a Netflix property, Cannes might premiere all or part of the Coen Bros.’ The Ballad of Buster Scruggs (considering David Lynch and Jane Campion both made appearances last year with new television projects). Meanwhile, one can likely expect Orson Welles’ revitalized final film The Other Side of the Wind to have its long gestating restoration appear in Cannes Classics.

Of this year’s possible Canadian entries, Xavier Dolan’s English language debut The Life and Death of John F. Donovan would be the greatest wild card considering how folks misinterpreted the Dolan’s comments while he was in production. Thanks to Fremaux’s new guidelines concerning concurrent screenings of comp film for press and public, this will unlikely to be received with a less divisive response as was It’s Just the End of the World.

Rounding out North America are the Mexican entries, which would most assuredly include the latest from Carlos Reygadas with his long gestating Where Life is Born. Also possible is the new film from Alfonso Cuaron with Roma (if it doesn’t pop up here, look for a definite premiere in Venice).

While Cannes 2017 was light on Latin entries, a variety of notables should be ready for the 2018 edition. From Argentina, Pablo Trapero has the star-studded French co-production La Quietud, which should be a good bet for a side bar. Benjamin Naishtat, whose 2010 short “El Juego” was part of the Official Selection, also has third feature Rojo ready to go.

Out of Chile, Sebastian Lelio is in post with his English language remake of Gloria, which looks to be more of a better bet for TIFF/Venice, but Dominga Sotomayor could be on hand with her new drama Late to Die Young.

SURE BETS: Where Life is Born; Radegund; If Beale Street Could Talk; La Quietud; The Twentieth Century; The Death and Life of John F. Donovan; Under the Silver Lake; Hold the Dark; Pippa Bianco’s untitled feature debut, The Mountain, Roma

DARK HORSES: Overgod; The Destroyer; Roma; The Beach Bum; The Old Man and the Gun, Wendy, Domino, The Destroyer, Birds of Passage