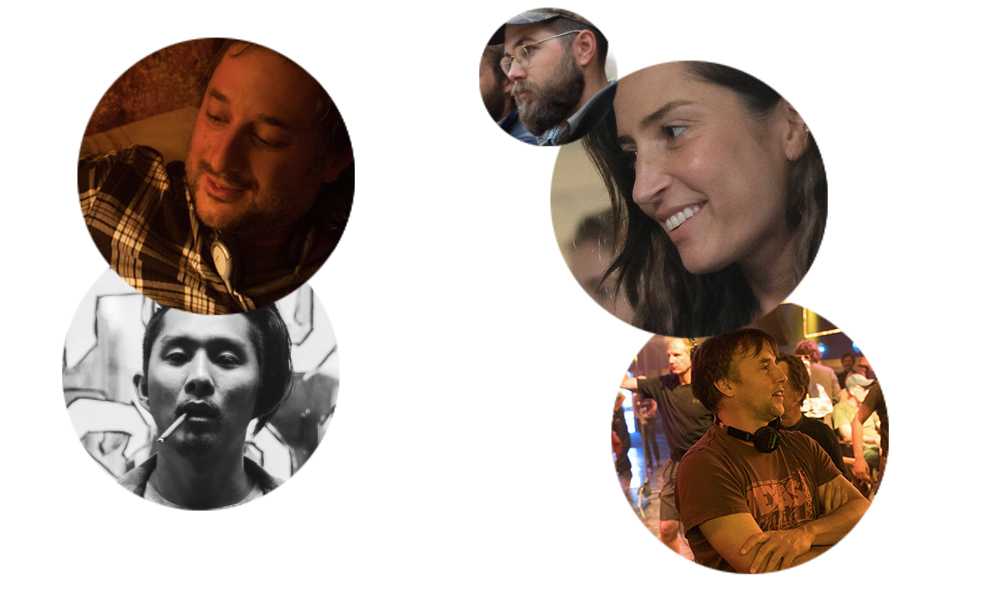 It’s never too early to look into the distant future. Last week, our Nicholas Bell took a look past the 2018 calendar with Through the Looking Glass – the Top 50 Foreign Films of 2019, and this week, I take a snapshot of what American indie film offerings we might be talking about in the year of the Pig. While some of the projects listed below have gone into production very late in 2017, we have a slew of items that are missing a couple of components before using a clapper board.

We begin our list with a project that commenced production late in 2017, Inherit the Viper is U.S. Swiss-born Anthony Jerjen‘s debut set in West Virginia opioid backdrop with Josh Hartnett headlining. Post Hostiles world, Scott Cooper might make the adaptation with the assassination of Martin Luther King Jr. in the backdrop as his next project. Back in December, Peter Farrelly commenced filming on the Green Book with Viggo Mortensen and Mahershala Ali as co-leads. More than a decade since Wristcutters: A Love Story, Goran Dukic gets back into the director’s chair possibly with Rachel Weisz. Bart Freundlich re-teams with wife Julianne Moore for the remake and NYC translation of Danish gem After the Wedding. Christopher Cantwell lands Aaron Paul, Mary Elizabeth Winstead and Scoot McNairy for his debut which lensed this past December. Sophomore filmmaker Stephon Stewart appears to have a high concept project with Anne Heche, Analeigh Tipton and Mickey Rourke in the works. Sundance Lab folks Tayarisha Poe and Clea DuVall are still in development with their projects, but hopefully they’ll be shooting sometime this year, while another Sundance alumni in Braden King‘s sophomore feature has Marin Ireland and Ross Partridge set for The Evening Hour.

Actor Joseph Cross lines up Ellar Coltrane, Analeigh Tipton, and Justin Chatwin for his directing debut. Cinematographer Ben Kasulke makes his feature debut based on a screenplay written (and starring) Hannah Marks. Myna Joseph will make her debut feature with Maya Hawke in the lead for Charlotte XVI. Noah Hawley might team up with Natalie Portman for the Fox Searchlight drama Pale Blue Dot. Matt Porterfield just hit Rotterdam market place with his new project, Check Me in Another Place. Madeleine Sackler made not one, but two films in a maximum-security setting with this fiction feature showcasing Jeffrey Wright. Annie Silverstein makes her fiction feature debut and hopefully she’ll shoot sometime this year on Bull. Miles Joy-Peyrafitte’s began filming this October on a Black List screenplay 1930’s set project with Margot Robbie on board as producer, and as actress. Cinematographer Jody Lee Lipes makes his fiction feature debut with a slice of totalitarian dystopia, Hojo Shin is set for the intriguing-sounding Mother Tongue Reader. Nerdland‘s Chris Prynoski makes major inroads with his sophomore feature – landing Natalie Portman as a producer on an animated pic that is all sex, drugs and rock & roll of the 70s.

Filming just began for the H. pairing of Rania Attieh and Daniel Garcia. Julianne Nicholson and Diego Peretti star in their latest. Not since 2011’s The Moth Diaries has Mary Harron directed a feature film. She’ll likely be working with Matt Smith, Suki Waterhouse, Hannah Murray, Odessa Young, Marianne Rendon, Carla Gugino, Kayli Carter (Sundance breakout) and Merritt Wever in Charlie Says. Dom Hemingway helmer Richard Shepard is back – this time with a Miramax backed project. Dan Krauss completed filming his docu-turned-fiction feature The Kill Team, this could drop in 2018, but we think they’ll aim for next year. Carter Smith has something in the works with Blood. Babak Anvari has a pair of projects that could conceivably both be released in 2019. Kimberly Peirce‘s fourth feature film adapts a book for Amazon, think pre Roe v. Wade days. After a strong Sundance showing of Lizzie, Craig William Macneill gets right back at it with an international thriller – look for casting news shortly. Dear White People‘s Justin Simien finally saddles up for his sophomore feature – it might be Bad Hair. Julie Taymor makes a younger Gloria Steinem the focal point of My Life On The Road.

2013’s Bluebird‘s Lance Edmands will likely make his sophomore feature this year. Ritesh Batra has just lined up Elisabeth Moss to play a Kennedy. Chad Hartigan has a couple of projects in the works, but we’re hoping for more indie in the shape of an European thriller about a soccer ref who attempts to throw a match for the first time. Celebrated fotog Gregory Crewdson might have landed Scarlett Johansson for his debut. Justin Chon has landed the support from prod house MACRO on his next feature. Richard Linklater is going to set his next not in Austin, but Houston – news had just broke out on that one. Robert Eggers will be hitting The Maritimes this summer for his sophomore feature, The Lighthouse. With production on The Rhythm Section coming to a temporary halt, perhaps with the time off Reed Morano will be prepping the formerly titled First Chair, with Jeff Bridges and Diane Lane. And finally, he was so close to production that he could taste it, and thankfully he found solace in The Beach Bum and didn’t slow down. Might 2018 be the year that (fingers crossed) Harmony Korine works on back to back items finishing strong with The Trap? Stay tuned tomorrow for picks 10 to 6.