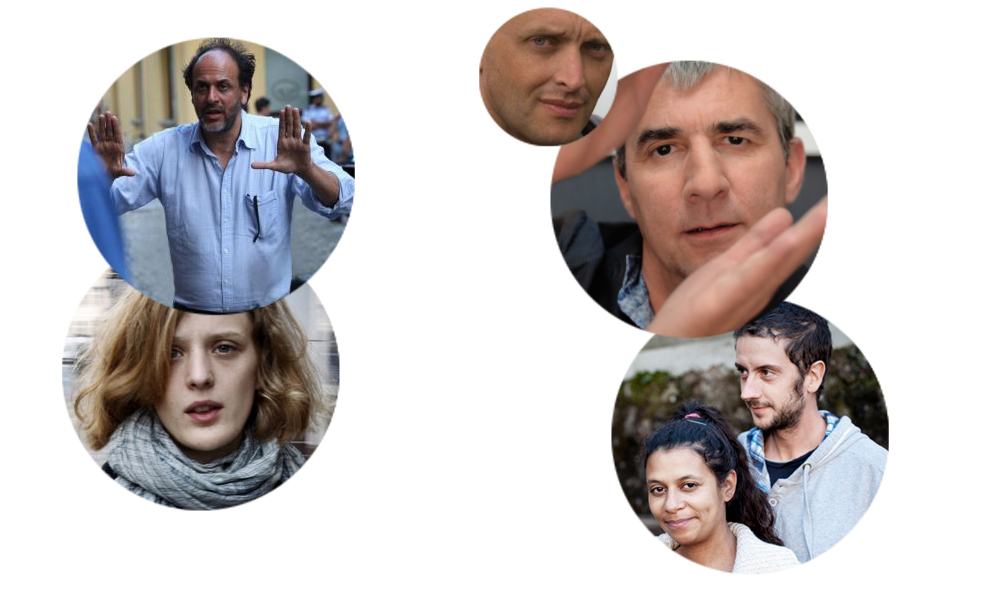 As we look forward to a plentiful year of new cinematic offerings in 2018, it’s also time to look even further into the horizon at some projects ready to unfurl in 2019. This year, we’re splitting our list into our top 50 foreign-language (which includes financing) items for 2019, with the top 50 American indie features to follow. First, an overview of items from all corner of the world (excluding the U.S.):

A whole slew of international auteurs are readying new projects after successful ventures in 2016 and 2017. While we await the Berlin Film Fest entry from Malgorzata Szumowska (Mug), she has already begun collecting finances for her next, Masseur. A variety of other women filmmakers are also poised for successful follow-ups, such as Britain’s Joanna Hogg with the second chapter of her Robert Pattinson starring The Souvenir: Part II, and Hungary’s 2017 Golden Bear winner Ildiko Enyedi, who was receiving financial support for The Story of My Wife prior to her Berlin win. While it may be wishful thinking since she’ll be spending a majority of 2017 on the release of The Nightingale, we imagine we’ll hear more developments on Jennifer Kent’s Alice+Freda Forever, which she optioned the rights for prior to her sophomore project. And then the increasingly prolific Mia Hansen-Love, whose Maya will most likely grace the festival circuit by the end of 2018, is also readying an English language title, Bergman Island, set to star Greta Gerwig and Mia Wasikowska. We have been waiting for Sarah Polley’s next directorial effort since 2012’s The Stories We Tell, and 2019 might be the year with The Best Kind of People. Bulgarian duo Petar Valchenov and Kristina Grozeva may be ready with the long gestating third feature The Father (at one point, Grozeva was tipped to direct this on her own), and speaking of duos, Belgian husband and wife Helene Cattet and Bruno Forzani have been collecting funds for their new project Darling just after celebrating a premiere out of Locarno with their latest, Let the Corpses Tan (read review).

On the heavier auteur side, we have the return of Bertrand Blier with a project thus far called Convoi Exceptionnel, while Paul Verhoeven could potentially (though this is a bit of a long shot) move forward with his WWII project Lyon 43 should Blessed Virgin get fast tracked. Italy’s Marco Bellocchio should have his The Traitor readied, and of several Terence Davies projects recently mentioned, we’re hoping his Mother of Sorrows at least gets off the ground somewhere in this timeframe. Meanwhile, 2014’s Golden Lion winner Roy Andersson might be ready with his latest, About Endlessness, and 2017’s Palme d’Or winner Ruben Ostlund should have his Triangle of Sadness ready. Although details remain scarce, we’re hoping Argentina’s Lisandro Alonso’s latest untitled venture (his first since 2014’s Jauja – see our interview) could be ready to unveil. While Ben Wheatley has been circling a number of projects, the next likely seems to be Freakshift, with Alicia Vikander and Sasha Lane (which was still obtaining financing as of last September). Hot off his divisive 2017 Cannes contender A Gentle Creature, Sergei Loznista forges ahead with Donbass, which has been described as a contemporary tale set in Ukraine.

From France, we’re thinking Alain Guiraudie’s new venture with producer Sylvie Pialat, Pays Perdu should be premiering, while Quentin Dupieux (who should have Au Poste in 2018) has received funding for Le Diam. Actor Ludovic Bergery should finally film his directorial debut, The Embrace, which was originally set to star Isabelle Huppert in 2013, though will now be re-cast due to significant delays. Italy’s Luca Guadagnino, currently enjoying mass applause for Call Me By Your Name (read review), and soon to unveil his remake of Suspiria, has several projects in the wings, but the high profile casting of Jake Gyllenhaal, Michelle Williams, and Benedict Cumberbatch in Rio should see this move before cameras next. And the long awaited next project from Michelangelo Frammartino, Il Buco, which recently received a dose of funding, should hopefully be ready by then after an eight year absence.

Hayao Miyazaki excitingly has another project in the works despite having previously announced his retirement with The Wind Rises with Boro the Caterpillar. South Korea’s Im Sang-soo, whose last film, 2015’s Intimate Enemies avoided the festival circuit entirely, should have Dead in the Lake ready. Cambodia’s Rithy Panh, meanwhile, has been developing Rendezvous Avec Pol Pot. Although it’s also wishful thinking considering his Where is Anne Frank? animated project has been developing since he released his 2013 film The Congress, Israel’s Ari Folman also recently announced another project, Horse Boy, with Lea Seydoux attached.

On the Latin American front there are a number of exciting developments, including the English language debut of Columbia’s Ciro Guerra, Waiting for the Barbarians, set to star Robert Pattinson. Venezuela’s Lorenzo Vigas has been working on his long-awaited follow-up to his 2015 Golden Lion Winner From Afar with the Michel Franco produced The Box, while Brazil’s Karim Ainouz, last seen with 2014’s Futuro Beach, should finally move forward with one of several projects, potentially The Invisible Life of Euridice Gusmao. Pablo Larrain should have kicked his Annapurna produced The True American in gear by then, and Argentina’s Matias Pineiro should be ready with his next Shakespearean inspired project, Portia.

A number of international outliers include Russian Ivan Tvderdovsky, who should follow up his festival hit Zoology (read review) with new project Jumpman. India’s Ashim Ahluwalia may finally get his LGBT themed The Boyfriend up and running (hopefully before his English language debut) and Iceland’s Rams director Grimur Hakonarson will follow suit with his third feature The County. Likewise, Denmark’s Tobias Lindholm, who was last seen with the Oscar nominated A War in 2015 (he also directed a couple episodes of Netflix’s “Mindhunter”), he is currently working on a biopic of American war reporter Marie Colvin. Joining fellow Canadian Sarah Polley on our list (and while we’re still anticipating the Guy Maddin/Sparks feature The Seduction of Ingmar Bergman, 2019 still seems a bit early), Brandon Cronenberg’s sophomore film Dragon is said to be an epic sci-fi thriller in the tradition of Philip K. Dick. On Portugal’s front, we’re hoping to see movement on the latest from Joao Pedro Rodrigues, who is reteaming with his The Last Time I Saw Macao (2012) co-director Joao Rui Guerra de Mata for San Ma Lo 270, Macao. Fresh off his ambitious co-production Brimstone, Dutch director Martin Koolhoven embarks on another international assembly with The Emerald Butterfly. And last but not least, Germany’s Fatih Akin, whose latest thriller In the Fade is currently enjoying awards buzz for Best Actress Cannes winner Diane Kruger, will explore the grisly tale of a 1970s Hamburg serial killer next with The Golden Glove.

Top 100 Most Anticipated American Indie Films of 2018: #1. Rick Alverson’s The Mountain
Through the Looking Glass – The Top 50 Foreign Films of 2019: Picks #10 to #6
Advertisement
Advertisement