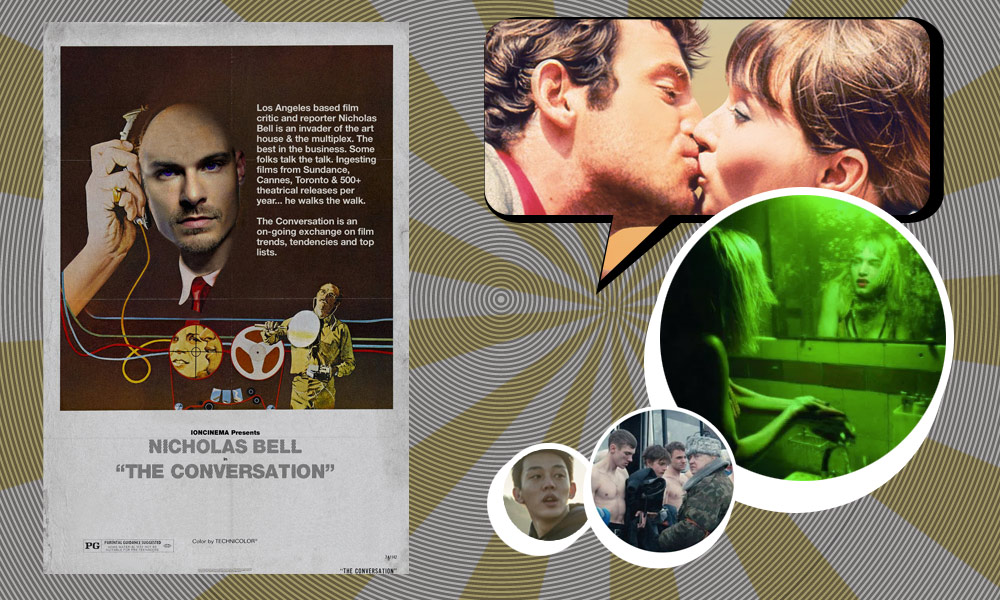 In a surprisingly unpredictable and overall enjoyable 71st edition of the Cannes Film Festival, the Cate Blanchett led jury awarded Hirokazu Kore-eda’s Shoplifters the Palme d’Or (his fifth time in competition), trumping Spike Lee’s BlacKkKlansman and Nadine Labaki’s Capharnaum, which were both predicted to potentially take the top prize. While three of the newcomers to the competition premiered the festival’s most risible material (Yomeddine, Under the Silver Lake, and Girls of the Sun), it was an overall strong year (despite starting off a bit rough with Asghar Farhadi’s Spanish soap opera Everybody Knows). And despite some weaker line-ups in the sidebars, each section premiered some gems. Out of Director’s Fortnight, Gaspar Noe took home a top prize for what’s potentially the most well-received title of his controversial career, Climax (read review). The rest of the Fortnight seemed to be overwhelmed by Noe, but Guillaume Nicloux’s Les confins du monde was an early premiere which was worthy of more praise.

While Benicio Del Toro’s Un Certain Regard jury somehow neglected Bi Gan’s excellent Long Day’s Journey Into Night (instead vying for more simpler weirdness for top honors, Border), at least they saw fit to recognize Sergei Loznita’s grueling, overwhelming and fantastic nightmare Donbass with a Best Director nod (both Bi Gan and Loznitsa should have been in competition). And another major point of contention, of course, was Lars Von Trier’s infamous The House That Jack Built, a dark hearted portrait of a serial killer which was forced into an out-of-comp slot thanks to Von Trier’s past behavior and misogynistic subject matter (and also one of the auteur’s most audacious items to date).

For more miserabilism, Sergei Dvortsevoy’s first film in a decade, Ayka, managed to give Samila Yeslyamova the edge over Zhao Tao’s Best Actress worthy stint in Jia Zhangke’s pleasurable Ash is Purest White. But perhaps the biggest travesty of the Blanchett jury was locking out Lee Chang-dong’s Murakami adaptation Burning (read review), a sinister exercise from the South Korean master who has been absent since 2010’s Poetry.

And out of Critics’ Week, a masterful debut from Camille Vidal-Naquet, Sauvage, is an unabashedly queer, masterfully mournful portrait of an empathetic prostitute, announcing Felix Maritaud (BPM, Knife+Heart) as a talent to pay attention to.