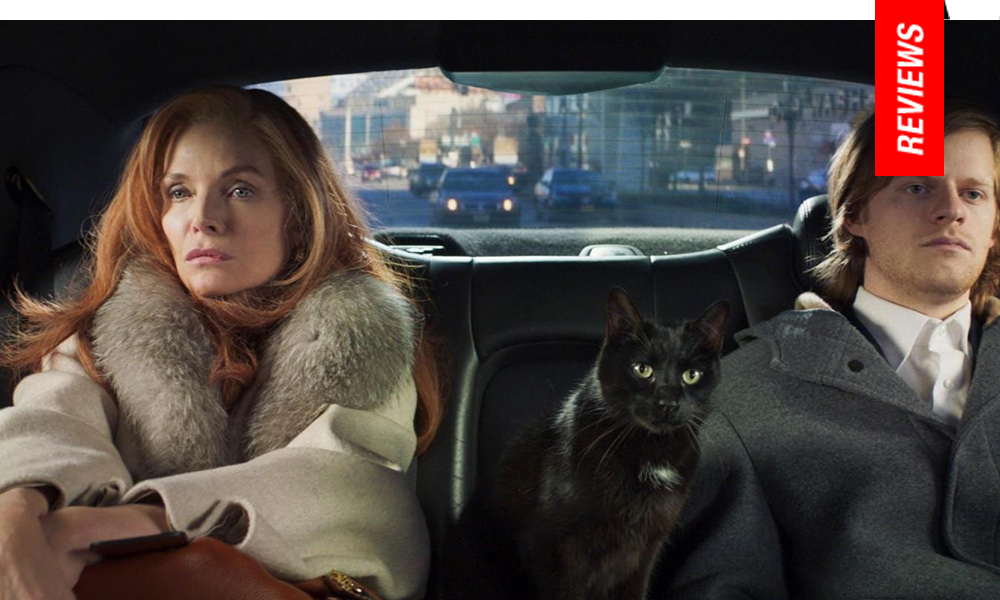 Director Azazel Jacobs presents his most lavish offering to date with fourth feature French Exit, adapted from the celebrated novel by Patrick DeWitt (The Sisters Brothers). Recalling the slapstick ensemble comedies of the 1930s and 40s, where zippy dialogue skittered across zany scenarios littered with kooky characters, there’s much to admire in this offbeat black comic romp gilded with sinister undertones of familial dysfunction. Much like DeWitt’s novel, everything is eclipsed in the wake of its troubled heroine, Frances Price, here brought to life by a ferociously primed Michelle Pfeiffer who ruefully devours the narrative energies like an apex predator who can’t help but simply exist as the fabulous anomaly she is. Jacobs stays true to the spirit of DeWitt’s text, arguably even tempering it a bit for levity and poignancy, preferring a poetic ambiguity over the absolute finality of the novel’s conclusion. Still, there’s no denying the wattage of Pfeiffer in what stands as not only a highlight from an iconic career but a reminder of the lack of cinematic material showcasing the talents of women post-ingenue phase.

Widowed New York socialite Frances Price (Pfeiffer) has managed to spend her entire inherited fortune. Facing eviction from her luxurious New York apartment, where she lives with her aimless but doting son Malcolm (Lucas Hedges), she manages to discreetly sell her remaining objects while her best friend Joan (Susan Coyne) offers an empty Parisian flat to house her friend free of charge. The fall from grace for Frances is significant, already a social pariah due to the scandal which saw her leave dead husband Franklin (Tracy Letts), an infamously aggressive lawyer, alone to bloat in the apartment while she went off an a skiing trip. It was also the incident which saw her take Malcolm out of his private boarding school when he was a teenager. Prior to this exchange, he had no personal relationship with either parent, which suggests the reason for his reluctance at leaving his mother behind at the insistence of fiancée Susan (Imogen Poots). Off to Paris they go with their black cat Franklin (a creature Frances believes is inhabited by her dead husband), and as Frances mysteriously continues to unload what little chunk of change they have left, the two of them begin to amass a small band of unique acquaintances.

Pfeiffer has been an infrequent cinematic presence until recently, populating studio property like Maleficent: Mistress of Evil (2019) and Branagh’s remount of Murder on the Orient Express (2017). She’s also headlined some phenomenal indie cinema, especially Andrew Dosunmu’s Where is Kyra? (2017), a deliciously dark character drama which premiered at Sundance hobbled by impatient reactions with what stands as an arthouse effort worthy of Antonioni. She’s the beating, black heart of French Exit, which isn’t so much venomous but rather an unhinged revitalization of something like Auntie Mame (1958).

On the page, some of the mounting quirkiness tends to play a little bit better, which on film requires a sort of Howard Hawksian energy to really work. At times, Jacobs does land on this, particularly with the introduction of Valerie Mchaffrey as Madame Reynard, the melancholic but dotty ex-pat widow who gloms onto the Prices. Danielle Macdonald is interesting casting as the glum medium Madeleine, and Isaach de Bankole is always a bright spot, though he’s saddled with the least developed character from the text as the last minute addition to a motely, disparate crew as a French P.I..

The glaring hole of DeWitt’s text becomes insistently unavoidable here, which is, of course, the rather nebulous characterization of Malcolm, here characterized by a shaggy-haired Lucas Hedges. His tangential strife with the equally unattenuated Susan, embodied by Imogen Poots to the best of her ability, either requires zesty characterization (think Cary Grant and his fiancée in 1938’s Bringing Up Baby thwarted by the captivating intensity of Katharine Hepburn) or more concrete (and, therefore, serious) examination. At the same time, Malcolm’s arrested development, courtesy of his own awestruck feelings for his mother, would have been much more interesting if he’d initially been penned as a young gay man—at least this would’ve provided more unexpected energies than the same heteronormative trajectory which is what drags down a Malcolm and a Susan into predictable approximations.

Jacobs utilizes the elocution of the priceless Tracy Letts (who starred in his previous film, the excellent and underrated 2017 title The Lovers – read review) as talking-cat Franklin, who speaks through the interface of the medium to reveal the real weirdness of French Exit, which could have also been pressed more perversely. Jacobs, perhaps due to running time, excises the best portion from the novel highlighting the ensemble, when each of them goes around the room sharing strange instances from each of their pasts.

Shot by Tobias Datum (also The Lovers), its an autumnal portrait of New York and Paris, eternal cities of magic possibility and sordid realities, the juxtaposition of which provides Francis with her saving grace, doling out her fortunes to homeless men whose struggles move her. A dying universe of missed opportunities floating on elitist comforts, Pfeiffer’s oscillations between amusement and ever frequent disinterest embodies her Frances Price with a fiery contempt, almost enough to overlook any other potential shortcomings of the narrative. In essence, her Price is right, from every eye roll and cheek bite to every purposefully incendiary, withering statement.