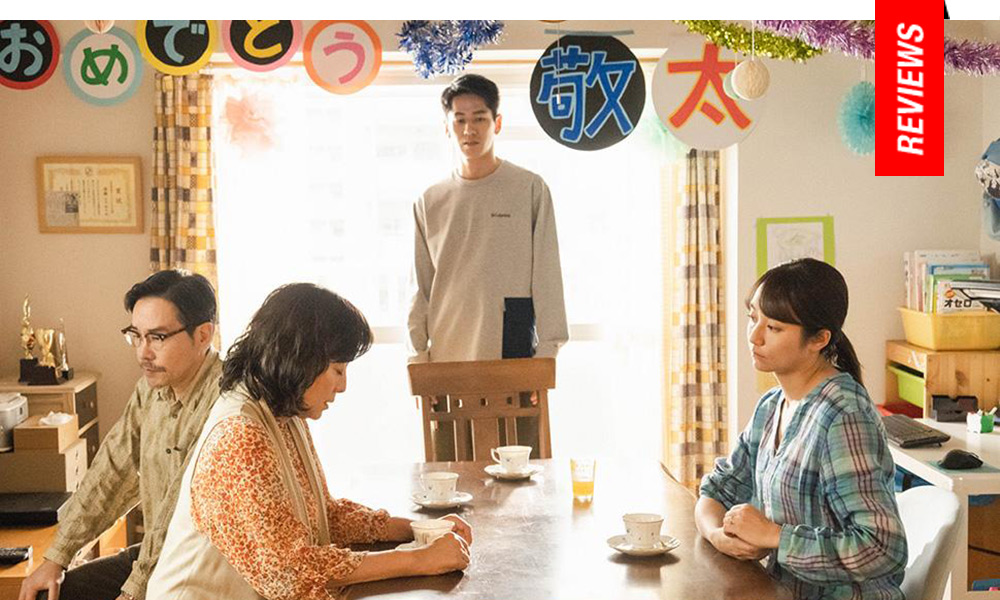 Love the One You’re With: Fukada Explores Love and Death as Unhappy Accidents The instability of romance is the only real given in the intimate complexities of Kôji Fukada’s latest, Love Life, which feature a cadre of peripheral characters populating what could be classified as members of the ‘first lives club.’ Fukada has a particular knack for examining pulp scenarios and mining the aching human frailties which underlie our often innate penchant for self sabotage, this time in a fluctuating melodrama. An unforeseen tragedy exacerbates an already tenuous familial dynamic, driving a couple into reconsidering the merits of their past partners, partially due to a sense of unfinished business, but really to rediscover the frivolity afforded connections which aren’t yet tempered by actual responsibility.

There’s an inherent attraction and excitement to chaos, and often the best salve for avoiding despair is the consuming excitement of exploring tempting distractions. Fukada quite delicately explores both the characters’ and the audience’s uncertainties through the revelation of details and feelings, the former dictating the latter’s detrimental reactions.

Jiro (Kento Nagayama) is stressing out his wife Taeko (Fumino Kimura) and his co-workers as they prepare for a slight surprise for his father’s sixty-fifth birthday, his parents living in a similar high-rise across the parking lot. The couple, who work at the same Social Assistance service of which Jiro’s father was the boss, have been married for a year, though the marriage was not approved of by his parents because Jiro was initially engaged to another woman, a co-worker named Yamikaze (who’s showing up for the birthday bash) while Taeko has a six-year-old son, Keito, from a previous marriage where she was abandoned by her husband. Keito is a bit of a spitfire, being celebrated himself for having won a local game competition. A lot is riding on the surprise, it seems, because if his parents finally grant their approval, Jiro will officially adopt Keito. Despite a rocky start, the celebration is going well enough until Keiko hits his head and drowns in a bathtub filled with water Taeko had neglected to drain. As they reel from this loss, Taeko’s ex-husband, Park (Atom Sunada) shows up at the funeral, finally allowing Taeko to unleash her grief. Eventually we learn Taeko had only taken a position at the Social Assistance agency as a means to locate Park and his sudden reappearance enhances the growing rift with Jiro.

Fukada’s a skillful technician when it comes to laying out his interconnected characters and the eventual web they weave for themselves. Whether it’s the released prisoner in Harmonium (2016), the menacing kidnapping catalyst in 2019’s A Girl Missing (read review), or the mad love game in The Real Thing (2020), Fukada takes his time revealing how his characters are fated to intersect, each sequence carefully relaying information which builds to a small series of climaxes.

The juggernaut in the first act of Love Life is the tragic death of a six-year-old, the devastation of which makes it easier for his parents to turn to anyone but the other for solace. As theirs was a union that was not supposed to happen, which made it more lucrative for them in the first place, their defense mechanism is to repeat this behavior. The third act reveals about Park confirm Fukada’s streak of black comedy running throughout, and it’s a touching example of how cultural traditions have the ability to forge forgiveness as much as they often sow discord—regardless, birthdays, weddings, funerals, etc., all force confrontation and potentially, a reckoning. Sunada’s character is both deaf and Korean, allowing for some sublime moments of levity in communication between the three of them.

Fumino Kimura’s Taeko is an interesting characterization, never failing to follow what’s best for her and speak her mind, even demanding forgiveness from a selfish father-in-law, who compares her to second hand goods. There’s a bit less time spent exploring the other combination in this quartet with Yamikaze and Jiro, but the latter tests the waters of ‘what if’ he had stayed with her in the first place.

Fukada’s story really comes to life when Jiro, Park and Taeko are all awkwardly thrown together, reflecting the domino effect of their inherent behaviors. A playful score from Olivier Goinard is misleading, suggesting a lighter comedic melodrama which then takes a hard left. Despite Hideo Yamamoto’s bright, open shots, Love Life is more in a tenuous gray zone tonally, and we’re unsure about who’s going to be okay up until the very end.

Reviewed on September 5th at the 2022 Venice Film Festival – In Competition. 123 Mins.