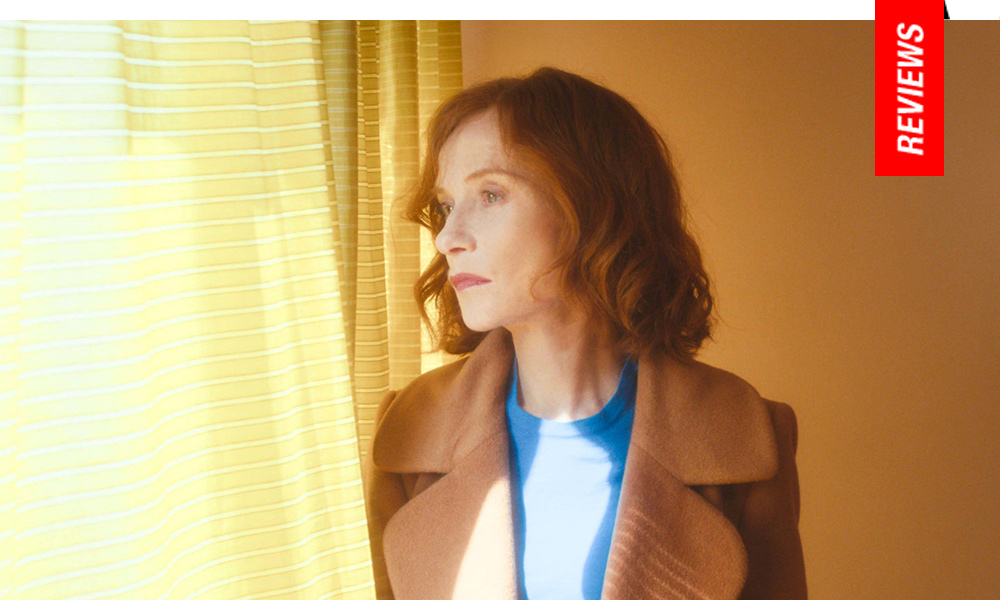 Ladies They Talk About: Larivière Utilizes Huppert in Shaky Melodrama on Loss & Love

For his sophomore film À propos de Joan (About Joan),  Laurent Larivière gets none other than Isabelle Huppert to star as his titular protagonist in a French-German-Irish co-production about one woman’s retread through traumatic memories after a significant figure from her past shows up. Co-writing with François Descodts, it’s a film which reveals itself to be a memory puzzle thanks to a significant twist redefining every sequence before, allowing for some forgiveness given the initial banality of its setup. The dependence on this revelation, however, tends to create a rigidity in the storytelling, with nearly all the performers besides Huppert suffering a bit from the narrative procedure—in short, it’s a film which would likely play better on a second viewing, when the full impact of each moment can be fully realized. Still, it’s a beautifully shot showcase for Huppert (and her various hair-dos), especially considering production took place in the early stages of the pandemic and spans three different periods across three different countries.

Huppert narrates as Joan in several passages, speaking directly to the audience, controlling the moderation of her own story, though she can’t quite explain where we stop, start and transition due to a bombshell revealed in the third act. Amusing as ever, there’s a lilting, melancholic tone to Huppert’s performance, especially as Joan in the present. Remembering her first love, the Irish rascal Doug (Eanna Hardwicke), sends us back to 1970 Dublin, where most of the first act takes place. Freya Mavor (who also played the younger version of Charlotte Rampling in 2017’s The Sense of an Ending), is a lithesome French-Irish Joan who is arrested for pickpocketing and deported, though she doesn’t realize she’s pregnant by Doug until after her arrest. Flash forward to Doug’s (Stanley Townsend) surprise return one day on a desolate French street, and Joan’s memory is jogged. Supposedly rattled by this interaction, she absconds to her countryside manor to reflect, leaving her current boyfriend, Tim Ardenne (Lars Eidinger) behind. Her son Nathan (Swann Arlaud) makes an unexpected appearance, a scientist studying memory who lives in Montreal, further stimulating Joan’s recollections.

Lensed by Celine Bozon (who photographed Huppert previously in Tip Top and Madame Hyde), there’s a rich texture across each landscape and period, perhaps all seemingly attenuated for Huppert, but also delivering a rich visual flavor, whether it’s Huppert dancing in a German club or lounging morosely in the forest outside her home. Although the energy dips considerably whenever Huppert’s not on screen, she has some lovely moments with Swann Arlaud and Dimitri Dore as different stages of Nathan, but the full impact of Joan’s experiences ultimately feels muted.