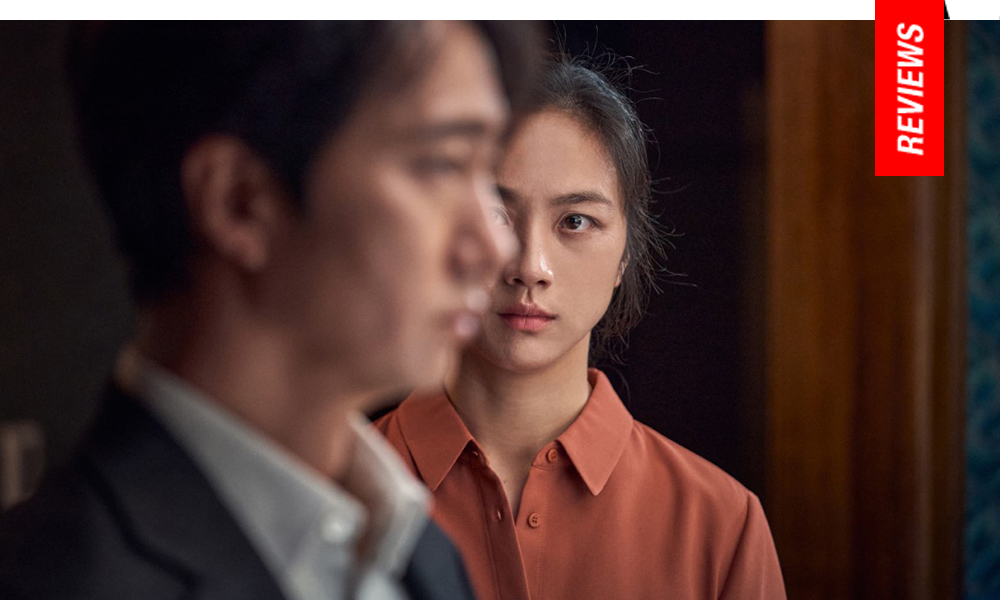 For the first hour of its lengthy running time, Decision to Leave, Park Chan-wook’s first theat 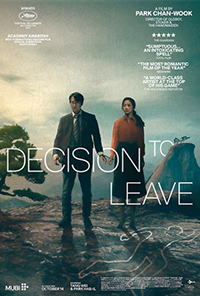 rical narrative in five years, is a finely wrought romantic detective story. And then it unfortunately fizzles out in an overly elaborate plot bogging it down. A procedural neo-noir with smirking insinuations and vibrant visual flourishes initially lending it a zesty, exciting energy, Chan-wook’s latest, co-written by his usual scribe Jeong Seo-keong, seems unable to help itself by suffocating itself in motifs about a talented detective whose obsession with a female suspect tarnishes his livelihood and marriage.

A man is found dead at the bottom of a grand precipice. An avid rock climber, his death seems suspicious to lead investigator Hae-joon (Park Hae-il) seeing as the man’s wife, Seo-rae (Tang Wei), a Chinese woman, doesn’t seem particularly grief-stricken. The youngest officer ever to become an investigator in the history of his department, he’s perceived as something of a hotshot, allowing him flexibility. He’s drawn into her matter-of-factness, investing himself, perhaps more than usual, in her surveillance. Comfortably married to his wife (Lee Jung-hyun), who he only sees on the weekends as their home in Ipo is too far from Busan, Hae-joon has all the time he needs to nurse an obsession. His partner (Go Kyung-pyo), is more suspicious of the woman, in part due to Hae-joon’s preferential treatment of her, which eclipses the attention they also need to devote to another long-gestating investigation. Seo-rae’s background is equally mysterious, a Chinese national whose grandfather from Manchuria was awarded citizenship due to his service for Korea, allowed her to stay in the country when she illegally migrated. Hae-joon’s suspicion isn’t assisted by the fact she euthanized her mother, which is why she can never go back to her homeland. Eventually, her husband’s case is closed just in time for more condemning evidence to be revealed. The mutual attraction between suspect and investigator is quelled by Hae-joon transferring to Ipo. But Sea-rae arrives a year later, this time with a new husband with nefarious connections.

As the dogged Hae-joon, Park Hae-il dominates the narrative of Decision to Leave, commanding attention even when the narrative leaves his character in an increasingly vague quandary, pulled between his professional integrity and the potent attraction he feels for Seo-rae. Tang Wei is initially equally riveting, and the cat and mouse game playing adds a sense of intoxicating danger for both of them. But as each damning clue about Seo-rae is revealed, there seems to be a rational explanation from her perspective. When a piece of evidence reveals itself, the diminishing sense of ambiguity allows him to remove himself from his curiosity and once again focus on his marriage. His professional self-exile to the much smaller Ipo proves to bring back his insomnia and eternal restlessness with a vengeance…until Seo-rae pops up again.

It’s here where the formidable mix of wry comedy, melancholy and the possibility of murder evaporates, and a bitterness sets in with not only Hae-joon, but the narrative as well. Dead set on catching Seo-rae at her own game, a series of interactions tend to get lost in their own intentions of exposition, feeding us information which allows us to answer issues to burning questions and then leaves other details dangling. For as long as the film’s running time, the final act seems to rush to the finish, hobbling the essence of Seo-rae at the last minute in order for its contemplative moments about a ruined man.

Tang Wei, of Ang Lee’s Lust, Caution (2007), is allowed more room to play in the film’s first hour, outfitted with a fascinating backstory allowing for a pseudo language barrier which seems to make her all the more tantalizing and perhaps exotic to Hae-joon. This energy evaporates later on as motivations become less logical and the plot’s coherency overwhelms its humans. Park Hae-il, of Bong Joon-ho’s Memories of Murder (2003) and The Host (2006), excels at playing the old fashioned Hae-joon, and he shares a palpable chemistry with all the characters, which is why Lee Jung-hyun often seems more interesting as his whip-smart wife. There’s even Go Young-pyo as his Busan partner, the comedic relief who is stabbed viciously in one of the film’s parallel subplots but never returned to.

As a visual feast, Decision to Leave certainly doesn’t disappoint. Kim Ji-yong (a camera operator on Okja and Parasite) announces himself as a supreme talent with his first Chan-wook collaboration as DP. Whether in Busan or foggy Ipo, there’s mood, beauty, and crackling kineticism in healthy spurts. A perspective from an ant obfuscated dead man’s eyes, for instance, or a comedic love-making montage which says more about the characters than the dialogue, provide memorable stand-out moments. And when the dialogue is good, it’s crackling—“Killing is like smoking. It’s only hard the first time.”

As vice and innocence both become diluted, Seo-rae’s rationale (and the title) is explained as her grappling for a sense of agency, but the narrative’s warped sensibility quite perversely robs her of this. While unquestionably elegant, Decision to Leave hits a dry spell in the last hour, but even while doing so remains a complex web of need and greed worth revisiting.