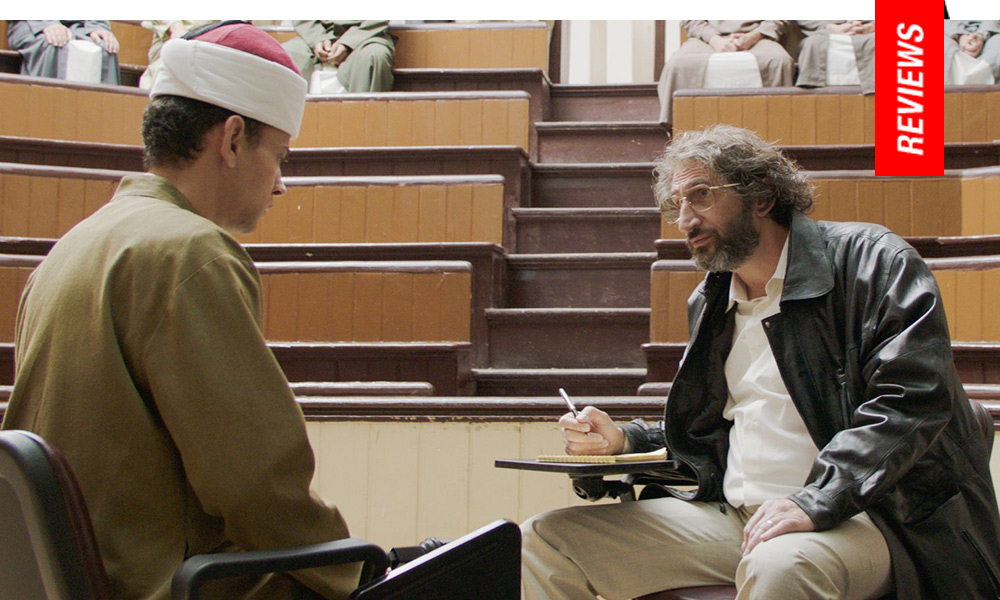 You Gotta Have Faith: Saleh Explores Corruption of Institutions in Procedural Thriller 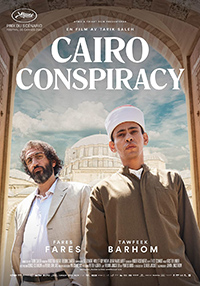 “Power is a double edged sword. Sometimes it cuts the hand that wields it,” is the overtly stated adage in the final moments of Cairo Conspiracy, director Tarik Saleh’s return to his native Egypt hot on the heels of his Chris Pine led English language debut, The Contractor. It’s an unnecessary statement considering the more than obvious events transpiring in the film, which for the majority of its running time add up to a thoughtful but pulpy thriller.

A procedural about the corrupting nature of power, whether in state or religious institutions, Saleh keeps distance from the parallel protagonists working to instill a puppet figurehead in Al-Azhar, Egypt’s oldest degree granting university, referred to as the beacon of Islam in the world. Their actions are intended to avoid potential civil war if the country’s president and religious leaders are viciously out of sync. Reuniting with regulator collaborator, actor Fares Fares, Saleh continues to explore his intrigue with compromised institutions and the nefarious intentions of authority, but his latest eventually fizzles beneath the weight of too many convenient twists.

After a brief history on the desire for government to control Al-Zahar ever since its creation, a segue into the small village of Manzala, where Adam (Tawfeek Barhom), the eldest son of an illiterate fisherman, has just received a scholarship from the university. Thus, the wheels of fate are set in motion. Shortly after his arrival, the Grand Imam dies, and State Security scrambles to get the candidate they desire into the position, which is now a life long post after a recent change in Al-Zahar’s laws.

The operation is the responsibility of Col. Ibrahim (Fares Fares), but his informant Zizo (Mehdi Dehbi) has just been compromised, necessitating the recruitment of new freshmen without any affiliations. Zizo quickly settles on the innocent Adam and is murdered shortly afterward. Wheedling his way to Adam, Ibrahim soon has the young man in the palm of his hand. Suddenly, Adam’s eyes are opened to high stakes hypocrisy, both among the extremist Muslim group he is forced to monitor and the Sheikh leaders who harbor devious secrets. But Adam discovers he’s in an extreme catch-22; he may not be able to walk away unscathed.

Like the mafia version of We Have a Pope (2011), Saleh’s Cairo Conspiracy hurtles towards the inevitable succession of a newly elected Grand Imam. Eventually, the narrative feels a bit too slick, sliding conveniently into place while ignoring a certain level of detail outside the scope of Adam. Why State Security only has one informant considering the importance of the mission, for instance, might be a glaring detail to explain. Or why the colonel doesn’t lean on a key figure earlier to slide Adam into a more beneficial perch.

Saleh allows Fares Fares more range, playing the opposite of his dogged detective in The Nile Hilton Incident (read review), now an authority who actually gets to pull some strings rather than chase them. But there’s a lack of chemistry developed between these characters, at least not enough to make sense for what transpires in the heavy handed third act. Likewise, there’s absolutely no interiority built for Adam, and Barhom’s monotonous performance doesn’t fluctuate between the first and final frames. What he’s thinking, we never know. There’s much to admire in the pacing, but the streamline to the finish creates too many nagging questions in a finale which seems, cynically, to suggest there’s futility in challenging power systems reliant on manipulation and corruption to exist in the first place.

Reviewed on May 20th at the 2022 Cannes Film Festival – Main Competition. 125 Mins
Note: This was originally reviewed as Boy From Heaven.