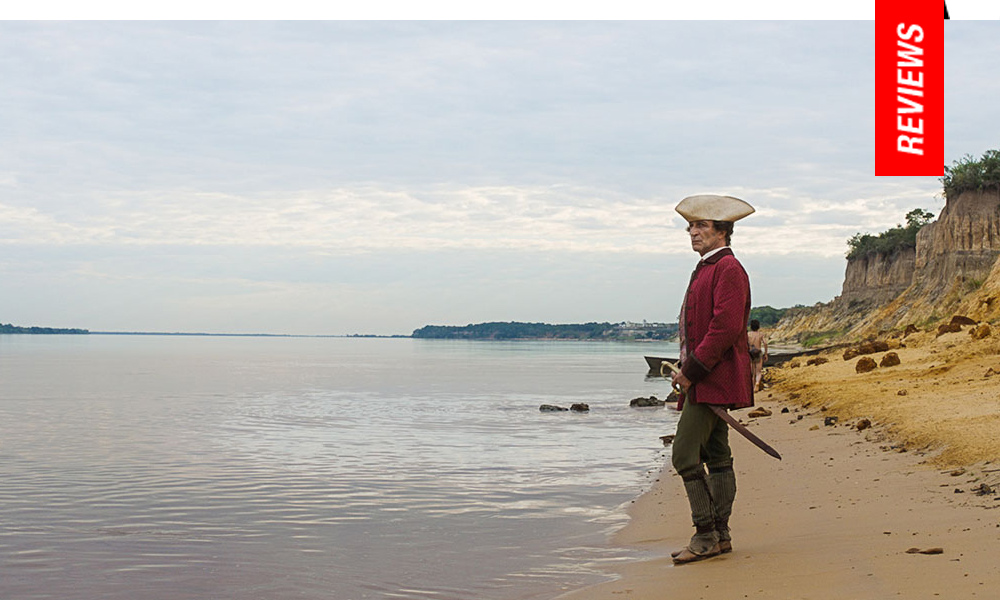 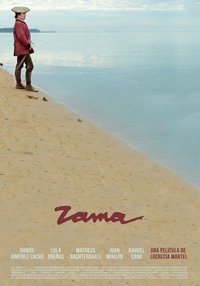 Unfairly disposed to doomed distribution prospects and perhaps unfortunate dismissal during its initial reception comes Lucrecia Martel’s long-awaited fourth feature, Zama an epically staged period piece, which premiered out-of-competition at the 2017 Venice Film Festival after over four years in the making and arriving nearly a decade after her last film, 2008’s The Headless Woman.

Based on the 1956 novel by fellow Argentinean Antonio Di Benedetto, Martel examines, in devilishly droll and increasingly perplexing fashion, the frustrations of Don Diego de Zama, a seventeenth century Spanish officer eager to transfer to a more prestigious post in Buenos Aires to escape the demeaning position he currently retains in South America. Of course, this simplest of possible desires becomes increasingly out of grasp within a colonialist bureaucracy disinterested in the happiness of those shackled into serving the Crown.

Wasting away in a thankless post as a government official in what would eventually become Paraguay, Don Diego de Zama (Daniel Gimenez Cacho) is eager to request a transfer to Buenos Aires. But such a request is no easy feat, it seems, and the more plaintive his desires, the more obstacles tend to plague him. Word from his wife and children, none of whom he’s seen for years, is scarce. Playful flirtations with a local noblewoman (Lola Duenas) are mostly fruitless, and fathering a child with a native woman doesn’t seem to help his case. Eventually, Zama’s frustrations bleed into violent behavior and self-destructive tendencies.

Narratively speaking, Zama feels related to plenty of similarly themed desperate scenarios centered on government officials struggling to escape from a culture they’re charged with suppressing. Whether it’s the Portuguese soldiers in the recent Conrad adaptation An Outpost of Progress (2016) or even this year’s Joaquim from Marcelo Gomes, which delivers a similarly designed central character as it relates the partial (if equally idiosyncratic) history of local Brazilian hero Joaquim Jose da Silva Xavier, these are protagonists desperate to be anywhere rather than the toxic station they’re assigned.

If arguably easier to ingest than some of Martel’s past offerings, Zama is no less stylized, as we experience alongside the protagonist, the deadly, leeching act of waiting. However, Martel’s film is filled with episodic bits of distraction, many which drives this quickly darkening scenario into the land of the ludicrous and Kafkaesque. Martel conveys a world of stagnating humans against a backdrop of lush, overpowering landscape. Wigs are flopped on with unceremonious zeal, and DP Pocas Rui (The Ornithologist; Tabu) once again proves a master at capturing colonializing humans as they mar their pristine landscapes.

If the first half of Zama is a droll comedy of errors (featuring a flirtatious and provocative Lola Duenas as a splash of colorful zest desperate for a bit of aristocratic elegance), things take a dark turn when Zama volunteers on a quest which will bring him face to face with the dreaded criminal Vicuna Porto, a figure who has haunted his career. Throughout it all, Daniel Gimenez Cacho gives an expertly calibrated progression of wearying, from his first sequences spying on native women naked in the mud, to a finale which brings him to the brutal precipice Martel promised all along.

Expert sound design (Guido Berenblum) enhances Zama’s enveloping aural accents, which includes a pronounced queasy tremulation during moments when Zama is overwhelmed by certain moments of stimulation and despair. If Zama is an exercise in playing witness to hopelessness and restlessness, it results in anything but, and is further evidence of Martel’s visionary talents.