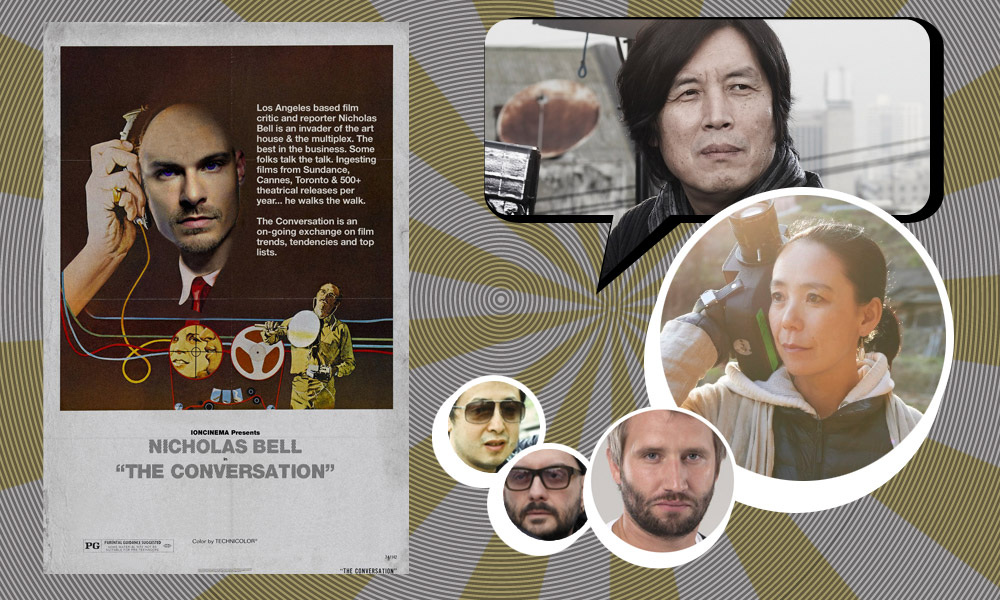 Cannes 2017 had a strong crop of Russian titles on hand, and several 2018 possibilities could be poised for entry in this year’s program. At the top of everyone’s listed is Kirill Serebrennikov’s Leto (aka The Summer), which has sold to several territories despite the director’s current ongoing legal crisis which has him condemned to house arrest for the foreseeable future (Serebrennikov has competed in Venice and was in UCR at Cannes 2016 with The Student). Another Cannes regular, Yuri Bykov (who was in Critics’ Week in 2013 with The Major) has his fourth film The Factory ready, which should see him ascend to the Fortnight or UCR. And then there’s Russian auteur Andrey Konchalovsky, who has Il Peccato in post-production. A legendary director, Konchalovsky has spent the latter half of his career competing in Venice (he was last in the Cannes comp in 1994), so it seems most likely he’ll return to the Lido in the fall. But, he’s worth mentioning. Recent rumblings on Ilya Khrzhanovsky now legendary project known as Dau makes us wonder if this will finally show up in some shape, way, or form due to its production (and post-production) infamy, but we won’t hold our breath.

China looks to be a major player at Cannes 2018 (which isn’t usually the case). At the top of the heap is Jia Zhangke, who has competed four times previously (winning Best Screenplay in 2013 for A Touch of Sin) and looks to make his fifth attempt at the Palme with Ash is Purest White. Another buzzy title is Bi Gan’s (who won Best First Feature in Locarno 2015 for Kaili Blues) Long Day’s Journey into Night (which may be retitled as Roadside Picnic to avoid confusion with the classic Eugene O’Neill play). And actress Joan Chen (who last directed the 2000 romantic drama Autumn in New York with Richard Gere and Winona Ryder) is a possibility with her new title, English.

Wang Xiaoshuai (Jury Prize winner for 2005’s Shanghai Dreams) should be set with the first installment of his planned Homeland Trilogy, titled Di Jiu Tian Chang. And not to be discounted is Zhang Yimou, who won Grand Prize of the Jury in 1994 for To Live and last was programmed at Cannes out of competition with Coming Home. His latest, Shadow, could also appear similarly in the program. Jiang Wen (who competed in 2000 with Devils on the Doorstep) has the 1930s set thriller Hidden Man and Zhai Yixiang has sophomore film has Mosaic Portrait as a possibility for the festival. Last but not least, Lou Ye (whose controversial 2009 title Spring Fever won Best Screenplay) could reappear with his Gong Li headlined The Lyceum Theater (which has also been referenced as Saturday Night and Lanxin Theater). Le was last in Cannes with 2012’s Mystery, which was programmed in UCR.

Japan also has a few alums looking to return. Fremaux favorite Naomi Kawase seems a shoe in this year with her Juliette Binoche headlined Vision. Although rumors have suggested Kawase’s latest will not be ready in time for Cannes 2018, she has competed five times previously (taking home Grand Prize of the Jury in 2007 for The Mourning Forest, and just last year, the Ecumenical Prize of the Jury for 2017’s Radiance). And then, the prolific Hirokazu Koreeda, who was just in Venice last fall with The Third Murder. Koreeda’s new project, Shoplifters, has also been rumored to avoid Cannes due to incompletion, but he’s competed four times previously (winning the Jury Prize in 2013 for Like Father, Like Son). Koji Fukada won the UCR jury prize in 2016 for Harmonium, which bodes well for his next project The Man from the Sea. On the animation front, Mamoru Hosada’s Mirai no Mirai could be his first Cannes entry.

For South Korea, 2018 promises the return of Lee Changdong with his highly anticipated Burning (his first title since 2010’s Poetry, which won Best Screenplay, while his superb 2007 film Secret Sunshine took home Best Actress). And finally from Thailand, Phuttiphong Aroonpheng could make his first landing in Cannes with Manta Ray.